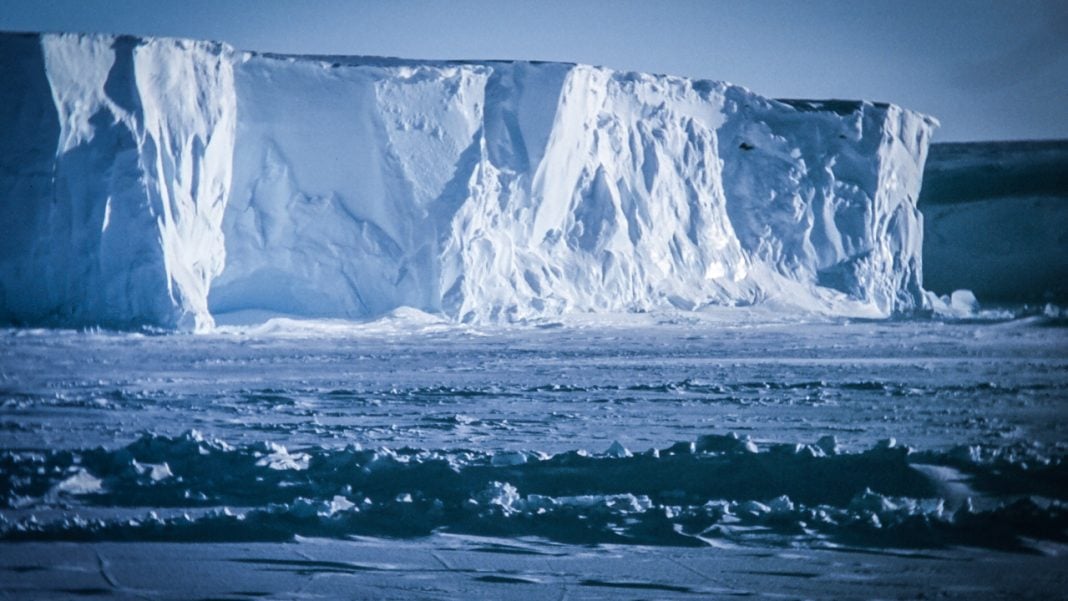 While leaders in the United States are rolling back environmental protections, approving deadly chemicals like chlorpyrifos and GenX, and outright denying that climate change exists, an ice sheet weighing more than one trillion tons has broken off of Antarctica.  Experts say that this event will forever change the continent of Antarctica and accelerate warming, but Americans are still pretending that climate change is some far-off threat. Ring of Fire’s Farron Cousins discusses this.

In the last few months during the Trump administration, we have seen members of the fossil fuel industry and of the chemical industry be appointed the cushy posts within the actual Trump administration, within the EPA and the interior department. We have an oil executive serving as our Secretary of State. We have an EPA administrator who spent his career suing the EPA because he didn’t like their regulations. He wanted corporations to be able to pollute as much as they want, to dump toxic chemicals as much as they want. To hell with what it means for the public health, he wanted those corporations to be taken care of, folks.

And, recently, back in March, he gave the green light to a chemical called chlorpyrifos, that is known to cause neurological damage in children. It screws with their brains and ruins their lives. The EPA’s own scientific studies show that, and Scott Pruitt decides he’s going to go ahead and approve it anyway. The Trump administration signed executive orders earlier this year, trying to do away with the clean power rule, which will alow power plants to spew more greenhouse gases into our atmosphere.

Why am I telling you all this? I’m telling you this because earlier this week, Wednesday morning, a one trillion ton ice sheet broke off the Larsen Ice Shelf in Antarctica. Don’t think that’s a big deal? Well, it is. That is one of the most catastrophic climate change related events that this planet has ever seen. These are the events that scientists have been warning us would be happen to decades. They told us ice sheets would break off, that this would accelerate and exacerbate climate change. Due to the melting ice, the cooling effect that it currently has is gone, the continent of Antarctica has been permanently changed because of this ice sheet breaking off. That is what scientists told us Wednesday morning. This has forever changed the face, the shape, the scope, the continent of Antarctica.

Biggest climate change related event to ever happen to the United … Or, to the planet. Excuse me. It barely gets a mention. It barely gets a mention, folks. Here in the United States, not only are we not talking about that, we’re ignoring the fact that our current administration literally thinks climate change is a hoax. Donald Trump believes it is a hoax perpetrated by the Chinese, and if it’s not a hoax perpetrated by the Chinese, he still doesn’t believe that it’s real. The members in his administration do not believe that it’s real. We’re pulling back regulations left and right, giving corporations everything they want, so that they can continue polluting, continue destroying the environment, so that we see more events like the Larsen Ice Shelf break, because that’s where we’re headed.

A lot of people in the United States, according to recent polls, believe that climate change is real, that it’s caused by man, but that it’s also some far off threat that we don’t need to worry about right now. Folks, Wednesday morning, July 12th, the ice shelf broke. This is not a far off threat. This is something that’s happening today. It’s not 10 years out. It’s not 20 years out. It’s every day. Every day it gets worse, and I know that sounds a little bit scary, terrifying, but that is the reality in which we live and you have to accept reality. You cannot view this as a far off threat. You cannot continue to support climate change denying politicians while the world burns down.