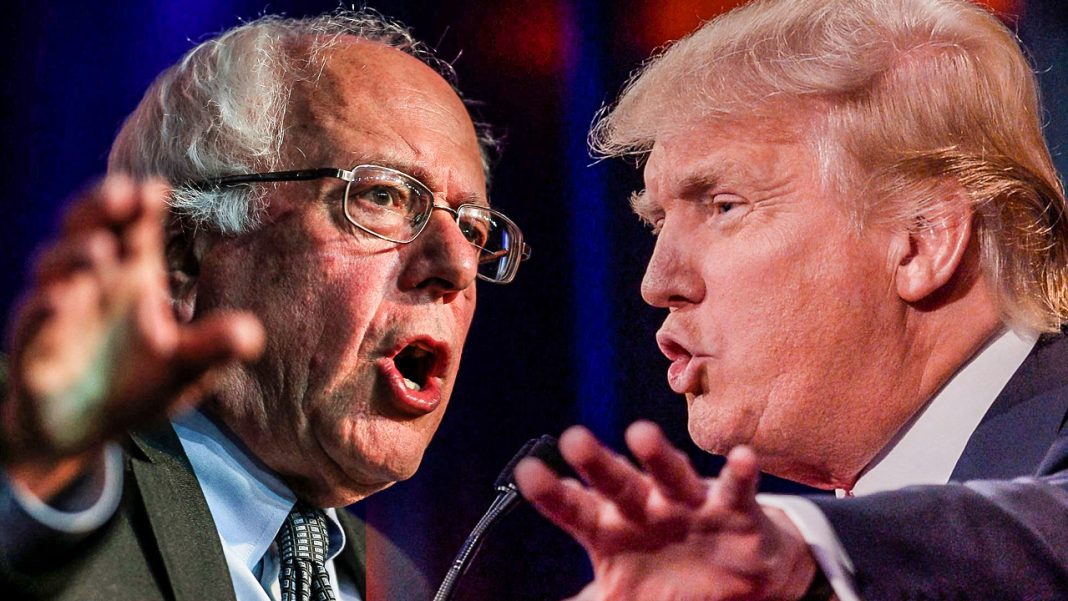 Senator Bernie Sanders spent his time this weekend talking to voters – both Republicans and Democrats – to explain the dangers of the GOP healthcare bill and to discuss other issues that are important to voters.  Donald Trump, the sitting president, went golfing for four hours, his 37th trip since becoming President.  We screwed up, America. Ring of Fire’s Farron Cousins discusses this.

In case you were wondering what a real leader looks like, let’s take a look at what happened this past weekend. Vermont Senator Bernie Sanders went around this country to several different states in the span of two days talking to voters, mostly attempting to talk to Republican voters, to explain to them how horrible the GOP healthcare plan truly is, why they shouldn’t support it, and in addition to healthcare he also talked about other issue that voters in this country actually care about. You know what Donald Trump was doing while Bernie Sanders was out talking to American voters in states that don’t even vote for him? Donald Trump went to one of his own Trump branded properties and played golf for the 37th time during his presidency. He was there for a little over four hours playing golf.

We had one man who didn’t even win his party’s nomination to be president who was out there organizing, strategizing, talking to voters, convincing them that Republicans are working against their own best interests, and an idiot with no stamina who played golf for four hours. An idiot who had so little stamina that he had to have his daughter go sit-in for him at a G20 meeting because he was getting tired. Not the first time that’s happened either on his overseas trips.

Bernie Sanders, the man that everybody says is just too old, low-energy, he can’t do it, is out there doing what every single politician in this country, left or right at this point, I don’t even care, he’s doing what everybody should be doing. Talking to American voters, to American citizens, to consumers, to people who are concerned. Bernie Sanders, I’m sorry to say it, is the only, only person doing it right. Now, I don’t care if you agree with his policies, I don’t care if you think that he’s destroying the Democratic party and pushing all these people to the left, and blah-lah-lah, all those nonsensical lies. I don’t care if you hate the man. You have to acknowledge that what he is doing is the right thing. What he is doing is something that everybody who serves as an elected official should be doing. This is part of their job and he seems to be the only one who’s taking it seriously.

It takes guts, it takes courage, and it takes true leadership to go to a red, red, red state in red, red, red districts, talk to people who hate you and disagree with you, and stand in front of them, or sit down with them and have a rational conversation. That’s what Bernie Sanders is doing while Donald Trump is out there golfing. Bernie Sanders is a true leader, he’s the leader that this country needed, and unfortunately we get left with the golfer-in-chief.