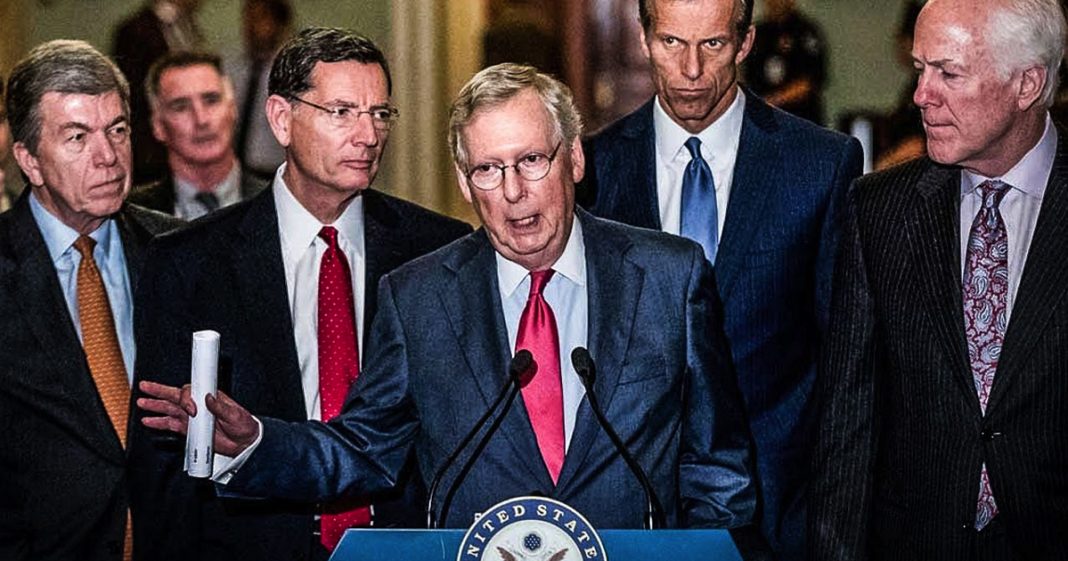 In the latest draft of the Senate healthcare bill, Republican Senators decided to add a provision that would exempt them from having to use the same awful coverage that they want American citizens to have. It isn’t good enough for Congress, then it isn’t good enough for the American people. Ring of Fire’s Farron Cousins discusses this.

While Republicans in the Senate continue to work day and night trying to figure out the best way to take health insurance away from more than 20 million people in this country, they have actually found one group of people who they absolutely refuse to take health insurance away from. Unfortunately, that group of people is themselves and their staff.

Perfectly fine for everybody else. It’s perfectly fine to cut Medicaid by $800 billion and kick 14 million people immediately out of the insurance pool because they can’t afford it without that Medicare money or Medicaid money. It’s perfectly fine to slash Medicaid and Medicare, which is going to lead to the closing of hospices, which literally will result in the deaths of people. It will cut down on the money available for people to care for in-home care, which will lead to deaths if you do not have the around the clock care. It’s going to lead to some hospitals closing down because they rely on Medicaid funding for more than 80% of their income.

Republicans understand that. They’re not stupid. They are, but they at least understand that. They know how horrible this plan is and that’s why they don’t want to buy into it. If you’re out here in the United States thinking that the Republicans are actually working on a plan that’s going to work for you, I suggest you take a look at the fact that even they don’t want it. That’s like a five-star chef saying, “Here. Eat my food. No thanks. I’m going to run to McDonald’s because I don’t want to eat that crap.” Would you trust a chef like that? No, you wouldn’t. Why would you trust a politician who won’t even buy into their own policies?