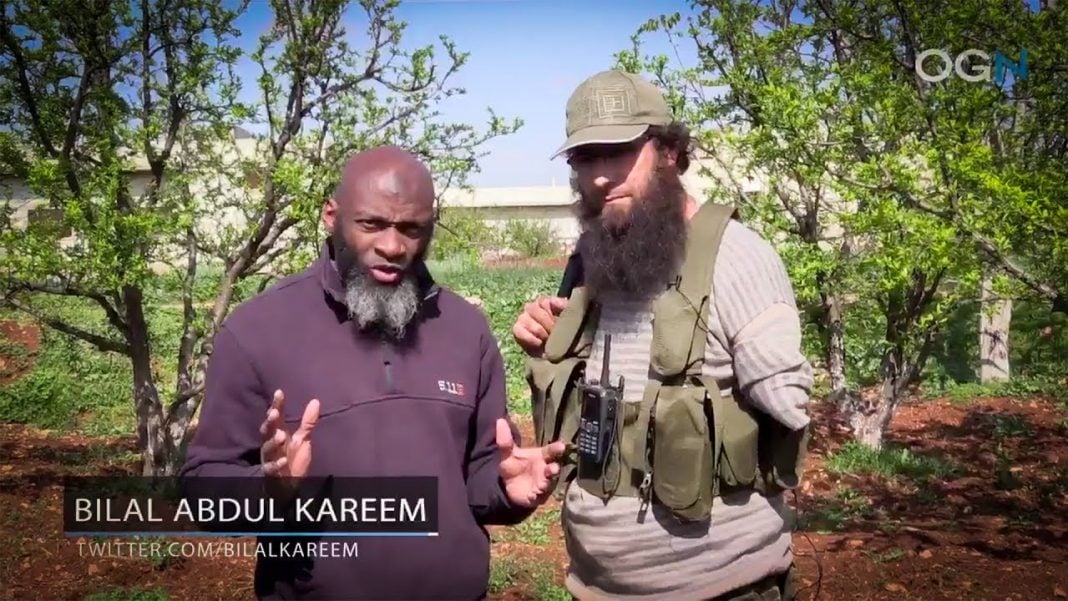 CNN’s Clarissa Ward has been showered with praise for her “Undercover in Syria” documentary. However, she and Jeff Zucker could not have made the documentary without enlisting the help of Bilal Abdul Kareem, a man known to many as al-Qaeda’s “media man.” Ring of Fire’s Josh Gay wonders why CNN isn’t forthcoming about Abdul Kareem’s background.

Transcript of above video:

On Sunday, AlterNet reported that CNN’s award-winning coverage from inside Syrian-rebel territory may have been made possible by an al-Qaeda propaganda man.

CNN’s Clarissa Ward gained a lot of recognition for her “Undercover in Syria” coverage – winning a Peabody award and an Overseas Press Club award and even earned an invite to testify in front of the UN about her experiences – Jeff Zucker was a proud man over it. Indeed, Ward gained unprecedented access to insurgents inside Aleppo – all courtesy of a filmmaker named Bilal Abdul Kareem.

Abdul Kareem is from New York City and previously worked as a comedian and actor, before working with rebels in Libya and now Syria. His close ties with the anti-regime forces have gained praise from everyone from the BBC, CNN, Al Jazeera, The New York Times, and even The Intercept, which I’m a fan of.

Abdul Kareem allowed Ward a view of the situation, which focused on the atrocities carried out upon the rebels by Basher al-Assad, with Russia’s blessing. Ward’s work was personally touted by CNN President Jeff Zucker.

Indeed, Abdul Kareem’s “On The Ground” media outlet is full of video reports from inside Syria’s hardest hit warzones – telling dramatic stories from the Rebel’s point of view.

And before I go any further, let me be clear – I’m not picking a side in Syria. I’ve noted before that the situation is complex – as there are several factions, all fighting for different goals – all supported by different outside forces fighting proxy wars – all with ISIS and al-Qaeda thrown into the mix. It is a tragic mess.

What is troubling though, is that CNN failed to recognize that Abdul Kareem possessed a lot of questionable ties to extremists – Indeed CNN contracted a man described by many rebel groups as al-Qaeda’s “media man” – and has defended practices like suicide bombing. These are things that should be disclosed by a news outlet. Hell, Abdul Kareem was apparently placed on the US list of terrorists to kill in drone strikes by the Obama Administration – that is at least worth mentioning, I would think.

Abdul Kareem has dangerous ties to radical clerics – often giving them a friendly platform, in interviews, to promote war on the secular world.

Groups like Jabhat al-Nusra – an al Qaeda affiliate that has now rebranded itself several times to gain more popularity for Islamist rule in Syria, and is a designated as a terrorist organization – are featured quite often in Abdul Kareem’s videos, with interviews being little more than opportunities for fighters to express the need to drive out secular culture in Syria.

Like I said, I feel it is important to know that the Syrian Civil War has several sides – and understanding the point of view of all of those sides is key to developing an understanding of what the United States and other countries should do in the country. Bilal Abdul Kareem does give an insight that is little seen – as an American deep within rebel territory.

However, for someone like CNN to pay this man to deliver a message – without at a minimum addressing the concerns over his ties to terror is reckless at best. In an effort to sell you on the US involvement in Syria – and the efforts to overthrow Assad, CNN and Jeff Zucker turned to a man that enables violent extremism.

You’ll notice that the corporate media tries to simplify the situation in Syria – to them the US is simply fighting ISIS and we are hampered by a violent-Russian backed dictator in Bashar al-Assad that is killing civilians.

To the media, we should arm these rebels, overthrow Assad, drive ISIS out ourselves and live happily ever after. That is not award-winning journalism, that is dangerous. CNN & Jeff Zucker simply are not interested in the truth. But, in this case – CNN gets awards and more advertising dollars from the likes of Raytheon, we fight a proxy war against Russia and Iran, and al-Qaeda gets to use missiles emblazoned with Raytheon’s logo.