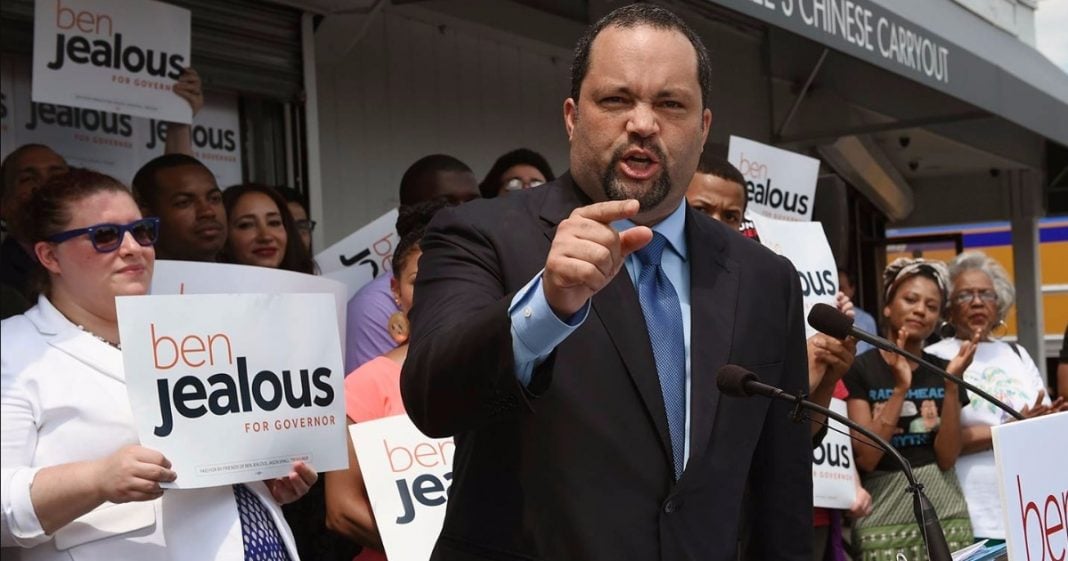 Jealous, a strong progressive who formerly headed the NAACP, is basing his campaign primarily on emotions of hope and togetherness in the face of dark times.

“We are united across lines of race, religion and region and bound together by a commitment to lead with courage, love, and common sense to say we will turn out the vote in 2018 and usher in an era of shared opportunity, growth and prosperity.”

The civil rights leader supported Senator Sanders in his 2016 Democratic primary, and now, Sanders is prepared to return the favor. Jealous served as Sanders’ campaign chair in the state where he is now seeking the governorship, a difference in political stance he is hoping will work in his favor.

Jealous announced his candidacy for the Maryland Governor’s seat in May of this year, and many had anticipated that Sanders and his political organization Our Revolution would back the candidate.

Jealous is competing against a host of competitors in the Democratic primary for the seat. The majority of these backed Clinton during the election, making Sanders’ support for Jealous a clear choice.

The primary is set to be held in just under a year, giving Jealous and his competitors ample time to campaign and smear their opponents. Already, Jealous has been endorsed by Democracy for America, as well as winning the support of Our Revolution under Sanders’ direction.

This race is sure to be a proxy war between the two continually divided factions of the Democratic party. Because Maryland is considered a “blue” state, whomever wins the Democratic primary will likely take the governorship.

With Sanders’ star power and support, Jealous may just fill the seat.