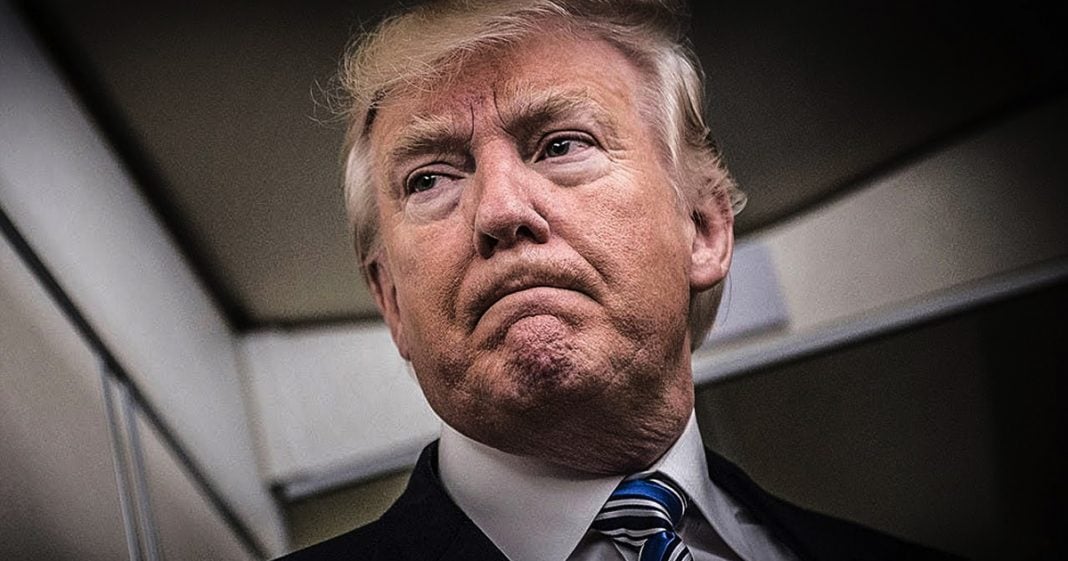 CNN interviewed a panel of Donald Trump supporters about the new Republican healthcare plan, and they expressed feelings of pure dread about what Trumpcare would do to them. According to these Trump loyalists, the plan would be like a “zombie apocalypse,” and many on the panel said that they depended on the government for healthcare services. Makes you wonder why these people vote for the GOP in the first place. Ring of Fire’s Farron Cousins discusses this.

CNN’s Alisyn Camerota decided to host a panel of Donald Trump’s supporters to ask them about the current GOP health care, Trumpcare, whatever you want to call it, basically the Republican’s version of healthcare reform in the United States. Now this is something CNN has done several times since the election. You gather up a bunch of Trump supporters, you ask them how they feel about things, and typically they’re like, “Oh my God, I didn’t think it was gonna be this bad.”

Well, this recent one talking about healthcare was no different than the ones before it. The Trump supporters in that little panel said that this GOP healthcare bill is basically going to turn this country into a zombie apocalypse. They’re predicting apocalyptic levels of destruction to the US population as a result of this Republican healthcare plan. Several of the people in that panel also said that they personally depend on the federal government, Medicaid or Medicare, in order to be able to afford their healthcare, to be afford their prescription drugs, and the rest of them said that they personally may not, but they do have family members who do rely on the government for these things. And if this money to Medicaid is cut like the Republican healthcare plan wants to do, they don’t know how their family members are going to survive.

Now in the past, I have talked at length about the fact that these people kind of deserve it. They should have known better. They should have understood what they were voting for. But today, I want to take actually a little bit more of an optimistic approach. You see, for years Republicans have been able to convince American voters to vote against their own self interests out of fear. And a lot of these people voted for Donald Trump not because they actually thought they were going to get a better healthcare plan, but because he convinced them that they needed to be afraid of Muslims, that they needed to be afraid of Mexican immigrants. That is what motivated them.

They didn’t think anything real as far as policy in the United States would change. It rarely does, folks, to be perfectly honest with you. Major policy affecting every American citizen in this country rarely happens. You know, it took FDR in the New Deal to really enact these sweeping policies that affected us, and I think a lot of these Republican voters who were duped into voting for Trump, duped into voting for people like Paul Ryan and Mitch McConnell, I think they thought things were going to kind of stay the same, except that they were going to keep them safe.

They did this to themselves, but if they move forward in their lives and learn from their mistakes, we might be just a few years away from truly good government here in the United States.