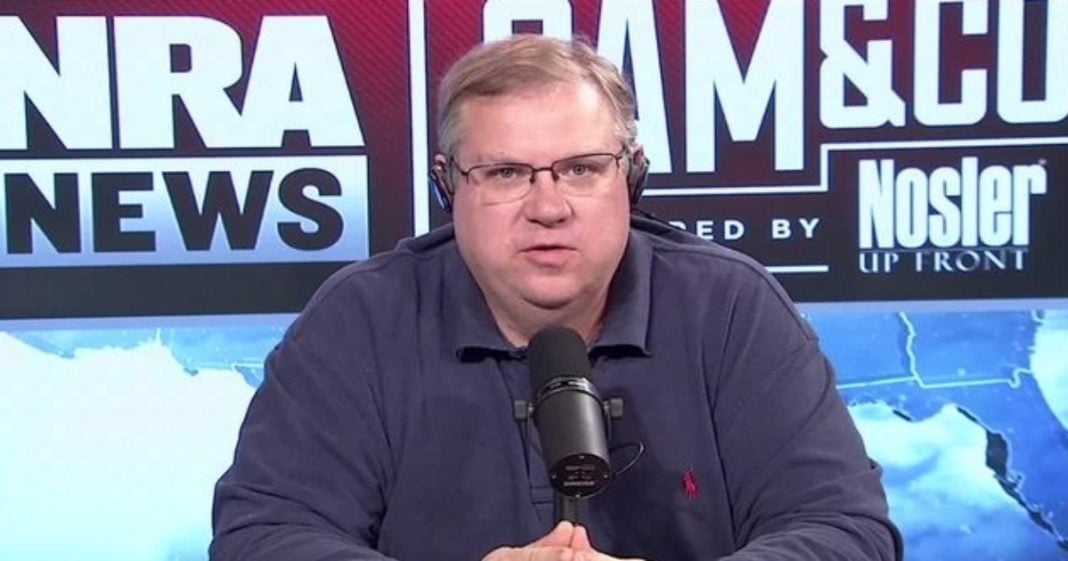 Earlier, The Ring of Fire brought you a story of right-wing attorney J. Christian Adams, who for the past few years has been spearheading ongoing efforts to disenfranchise low-income and minority voters across the nation, working through the ACLU’s “evil twin,” the American Civil Rights Union. This week, Adams has been recruited by Trump to board the so-called “Election Integrity” Commission.

Apparently, Trump’s latest effort to cement the GOP stranglehold over our democracy (and thereby end it for all practical purposes) has run into snags. Virtually every state has either refused to provide his commission with the voter information being demanded, or has agreed to hand over only public records that anyone can access.

Furthermore, the commission has been targeted in lawsuits from a number of civil liberties groups, including the ACLU – which filed its own lawsuit on Monday. The Electronic Privacy Information Center has also requested a restraining order, forcing commission member Mike Pence to send a message to secretaries of state telling them to refrain from submitting voter information until the judge in the case makes a ruling.

This is probably a major factor in Trump’s decision to bring Adams on board. Adams started out at the Department of Justice in 2005 under Bush II when he was recruited by Bradley Schlozman, former head of the DOJ’s Civil Rights Division. Schlozman was brought before the Senate Judiciary Committee in 2009 over allegations of illegally politicizing his division by hiring right-wing ideologues.

After joining the ACRU in 2013, Adams, acting in the great tradition of bullies throughout history, focusing his voter disenfranchisement efforts against small, rural counties with largely poor, minority, transient populations. He claims that such counties practice “voter roll bloat [which] can severely skew voter participation rates,” serving as “a catalyst for fraud.” The real reason is that counties with small populations are unlikely to have the financial resources to defend themselves in a protracted legal battle against former DOJ  attorneys.

Last fall, Adams posted a rant online, claiming that illegal “aliens” were casting votes and accusing liberals and progressives of opposing his efforts “because the aliens are voting the way they want.” According to Adams, over 5,500 such “illegal aliens” are registered in the state of Virginia alone, and have been voting illegally in droves.

Not so, says election law professor Justin Levitt, who worked for the Obama Administration. According to Levitt, Adams claims are based on “incredibly inflated” data “specifically designed to get inaccurate information.” In fact, a claim made by InfoWars that illegal aliens cast 3 million votes in last November’s presidential election (not coincidentally, the same number by which Trump lost the popular vote to Clinton) has been thoroughly debunked.

That’s not stopping Adams from his ongoing quest to remove minority and low-income voters from the rolls – which has now been given more legitimacy by his appointment to Trump’s Election Integrity Commission. Adams continues to deny that his actions have anything to do with race, claiming that “We [at the ACRU] go where the problems are…hardly any of the counties that received notice from us were minority.”

However, Lloyd Leonard, advocacy director for the League of Women Voters, begs to differ. Leonard has squared off against Adams in court on many occasions over voter rights, and notes that “[Adams] is going around to places with a history of racial discrimination and seeking to have legitimate voters stricken from the list…draw your own conclusions.”

Here is one conclusion: the fact that Trump lost the popular vote continues to stick in his craw, and his planet-sized ego demands that he makes certain it never happens again. Toward that end, he has signed up one of the most vicious, cunning, right-wing legal minds in the country, who will do his level best to make certain that citizens who voted for Clinton last year and who are likely to vote for Democrats and Progressives never cast another ballot.