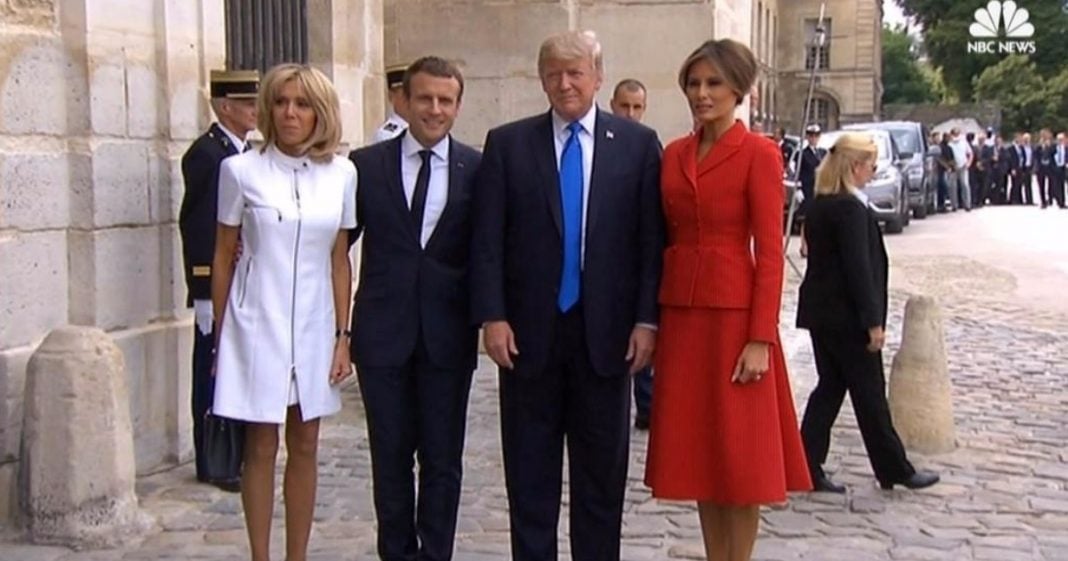 On Thursday, President Trump visited France for the first time as President, making an official state visit to strengthen the friendship between U.S. and France. But as he has done in other official events of state, Trump brought shame upon America from abroad when he made an inappropriate remark towards France’s First Lady, Brigitt Macron.

Standing with President Emmanuel Macron and his own First Lady Melania Trump, President Trump couldn’t help but to objectify Mrs. Macron, commenting openly on her “shape.”

He gestured towards the first lady, looking back at President Macron, and repeated himself.

“She’s in such good physical shape!”

Trump, no doubt thinking he was bestowing a kind compliment, seemed to have been moved to do so based on Macron’s age. The first lady of France is 64 years of age, while her husband, the French president, is just 39.

Trump has an extensive history of commenting on women’s bodies, particularly during his pre-presidential time heading up a beauty contest. Then, Trump would waltz into the dressing rooms of young women, bragging to his friend Howard Stern about how he had the right to do so.

Trump has also been critical of women’s bodies, criticizing Rosie O’Donnell’s appearance, among other moments.