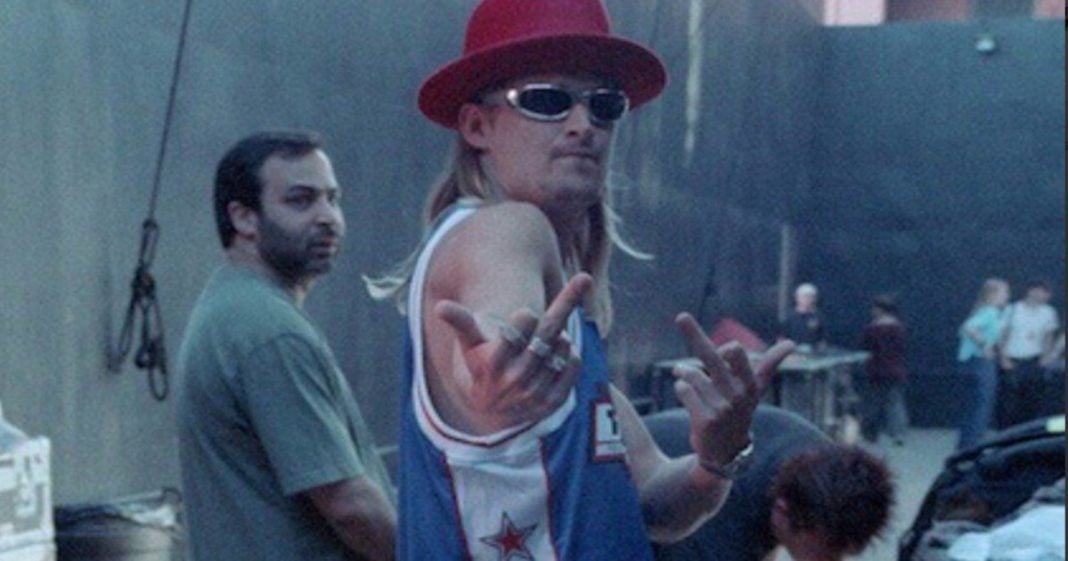 Update: Despite having made the announcement, Rock’s candidacy is not registered in any official capacity and he appears not to have filed the proper paperwork for the race, at least not yet. Could this all be a publicity stunt, and the country singer will stay far away from actual political office? Dear God, I hope so.

We’ve done it. We’ve lowered the bar on what’s acceptable in public office to such a staggeringly low degree that Kid Rock is running for Senate in his home state.

Kid Rock, known at birth as Robert James Ritchie, announced his candidacy for Senate in his home state of Michigan on Wednesday. According to the New York Daily News, this ended “months of speculation” about his political ambitions (if there was speculation, I must have missed it).

With such an absurd notion, it’s possible you may imagine this is a parody article – a bit of “fake news.” Go ahead, try and shout “fake news” and see where it gets you – I’ll wait.

But you can shout “liberal media” and “no collusion” into the ether for all of eternity with no result, because thems the facts, folks.

It is real and you can’t escape it.

According to the Kid himself, you wouldn’t be the only one in disbelief. In fact since he announced his candidacy, Mr. Rock says he has been inundated with calls and emails asking “is this for real?”

I have had a ton of emails and texts asking me if this website is real… https://t.co/RRVgISDFeq The answer is an absolute YES. pic.twitter.com/uYCUg6mjW1

Though Mr. Rock has not yet given us any indication about what sort of platform he might be running on, he has already made available a whole lot of merchandise for 2018, including campaign shirts, yard signs, hats, and more.

In an interview with Rolling Stones in 2013, Rock indicated that his political views leaned Republican, but that he would likely label himself a Libertarian. In the 2016 election, he initially supported Ben Carson, but later switched affiliations saying that he was “digging Trump.”

Until his Wednesday announcement, Rock’s social media accounts were full of mostly song lyrics and snippets from his latest music videos. In a recent tweet, Rock stated, “holler if you is, shut up if you aint.”

The most recent time the Kid was in headlines was when he was invited to visit the White House by President Trump earlier this year. The “Sweet Home Alabama” singer toured the White House with Teg Nugent and was photographed posing next to a portrait of Secretary of State Hillary Clinton.

When a political organization was registered on Sunday with the expressed interest of recruiting Dwayne “the Rock” Johnson to run for president in 2020, I said that things likely couldn’t get worse and that we had to do something to stop the gross transfer of celebrity power and popularity from plaguing our elected offices.

Well, this is worse, and my vehement plea remains: can we please, please start treating political office like it is a job requiring education, experience, and, I dunno, a clean criminal record?

No? Well then I’ll start writing my endorsement of the creepy red bears from Charmin commercials for 2020.