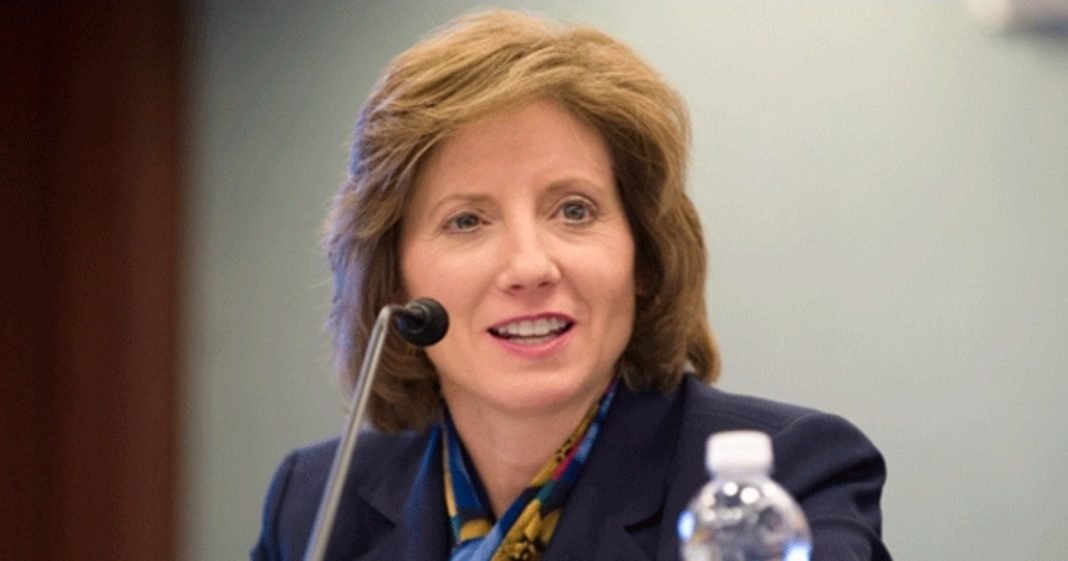 A Missouri Congresswoman is seeking to bar federal funding from being used for healthcare related to transgender servicembers’ unique healthcare needs, a discriminatory and unconstitutional move.

Congresswoman Vicky Hartzler, a Republican, proposed an amendment which would block the Department of Defense from providing healthcare related to transitions for transgender troops.

This means that trans recruits, whether they are in the midst of transitioning, have completed their transition and are now maintaining, or are initiating a transition once in the service, would be denied coverage for their medical treatment. For those already in the process, that can mean serious medical consequences as their bodies may be forced to adjust to a dramatic change in hormones.

Hartzler’s amendment came after she went on a tirade on the House floor just last week on the topic, arguing that trans Americans should be barred from serving in the military altogether. At the time, she proposed an amendment which would do just that, but then withdrew it without a vote, threatening to bring it back to the floor if the Pentagon didn’t do it first.

Hartzler’s argument is purportedly based on Trans Americans ability to serve, comparing the “affliction” of being transgender to medical issues like flat feet, asthma, and bunions. She made this assertion without providing any evidence how being trans might affect ones’ ability to carry out the physical and mental strain of being in the military.

Instead, it reminds one of the arguments used against women in the military, as well as any other previously excluded group.

The amendment is part of a series proposed to the House Rules Committee ahead of the latest floor vote on major defense policy legislation for fiscal year 2018.

The ACLU issued a statement on the Amendment on Thursday, calling for representatives to vote “no” on Hartzler’s Amendment in the interest of constitutionality.

“This is a discriminatory, unconstitutional attack on transgender service members and their families, plain and simple. It should be overwhelmingly rejected by members of the House of Representatives.”