This week, the Department of Justice has been on a roll, going after the intricate framework which helped establish and encourage the opioid epidemic America is now plagued with.

The most recent of these DoJ victories was the charging of more than 400 individuals in connection with what Attorney General Jeff Sessions has referred to as the largest health care fraud takedown in American history.

The DoJ found that the 400 individuals accounted for as much as $1.3 billion in fraudulent transactions, with many connected with opioid-related crimes.

Among the list of 400 wanted on charges related to the fraud are doctors and pharmacists, many who wantonly prescribed drugs to patients they knew were addicted or even suspected they may be distributing the drugs on the street.

Many of those wanted in connection with the fraud were involved in pill mills, doctors offices and waiting rooms where individuals posed as patients, but were handed prescriptions by the fistful in exchange for below-the-table payments to the doctors.

The large-scale operation was the result of the work of more than 300 FBI agents, as well as 29 bureau offices working to track down suspects and follow the money trail.

On Tuesday, the DoJ announced another significant victory in the fight against opioid addiction when they reached a settlement with Mallinckrodt Plc to pay a $35 million fine for failing to report suspicious opioid orders to the DEA.

Though Mallinckrodt would not admit to any wrongdoing, the settlement is another indication that the DoJ is interested in pursuing the source of opioid abuse, rather than its low-level offenders like addicts.

Seeing that the Department of Justice is interested in pursuing these criminals at the higher level, rather than focusing on low-level drug offenders, like those in possession of marijuana, is heartening. This is particularly true as the A.G. has repeatedly shown interest in reigniting the traditional war on drugs.

We can only hope that this week’s actions are an indication that the DoJ will continue to pursue high-level distributors and drug producers who, in many instances, knowingly and willingly addicted thousands to line their own pockets. 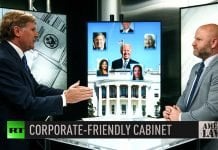