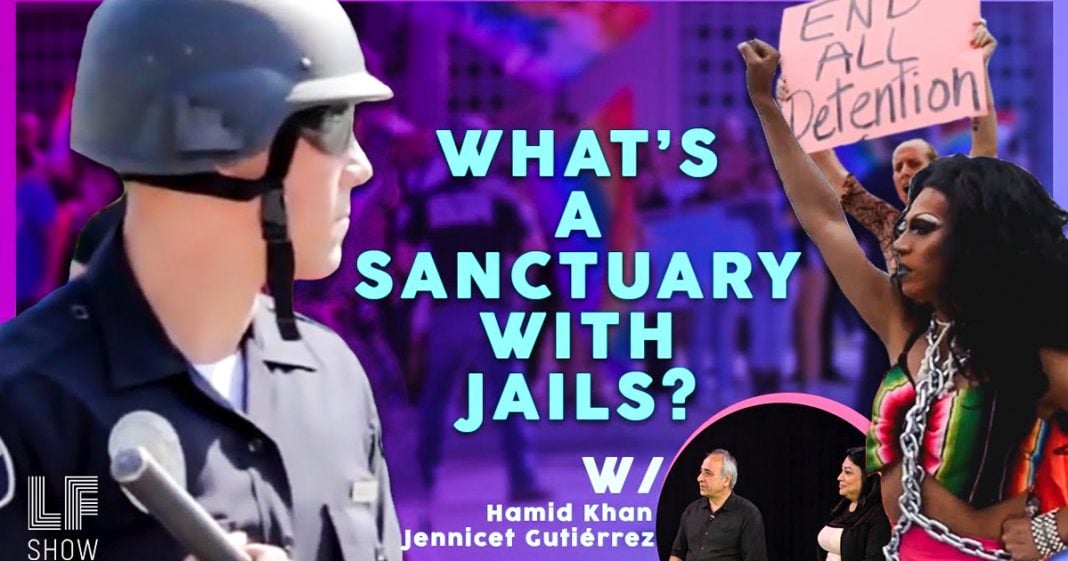 Although cities across the country have announced themselves as sanctuaries, the queer and trans communities who defined this movement have been routinely failed by those same cities’ adherence to regressive policing tactics. This week, Jennicet Gutiérrez, of La Familia Trans Queer Liberation Movement, and Hamid Khan, of the Stop LAPD Spying Coalition, join Laura to take measure of the contradictions found in state sanctioned surveillance of so-called sanctuary communities.