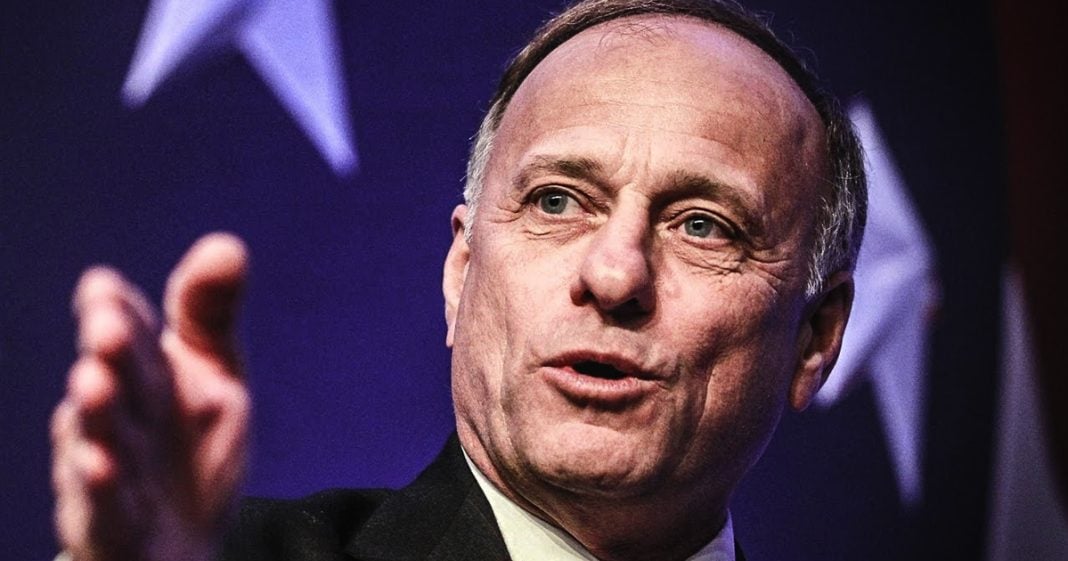 Republican Representative Steve King told CNN this week that he could find the money needed to build Donald Trump’s border wall between the U.S. and Mexico by taking that money away from programs like Planned Parenthood and food stamps. He wants to starve the poor, leave low income women with no healthcare options, and cut other entitlement programs just to show the world how scared the United States is of foreigners. Ring of Fire’s Farron Cousins discusses this.

Republican representative Steve King is still hell bent on building the boarder wall between the United States and Mexico that Donald Trump promised all of his supporters during the campaign. When CNN recently pressed him on how in the hell he’s going to pay for that, seeing is how Mexico is adamant that they will not pay for the wall, Steve King immediately had a response as if it’s something he’s been thinking about for quite a while. According to Steve King, we’re going to take money away from planned parenthood. We’re going to take money away from the Snap Program, which is food stamps and quote, “Other entitlement programs from people who have not worked for generations to pay for the boarder wall.” Steve King in addition to pushing a hugely racist, xenophobic wall believes that there are honestly American citizens out here living off the government’s teat, who haven’t worked for generations.

Steve King just insulted millions of American citizens, called them, not only called them lazy, but your parents were lazy, your grand parents were lazy, your whole damn family tree is basically just a weed. That’s how lazy you are. According to Republican representative Steve King. He honest to God believes there’s people whose families just haven’t worked for generations because they’re getting so much damn money from the Federal government. He wants to take that money from struggling families, from single mothers trying to put their children through school, from low income women who have no other options for healthcare, so they go to planned parenthood and he wants to take that money away from them and put it into bricks and concrete and barbed wire to build a wall that will do absolutely nothing to prevent anyone from coming into the United States.

That is your modern day Republican Party folks, because these thoughts are not unique to Steve King. Republicans believe that people who are on welfare, people who are on food stamps, people who are on any kind of financial assistance from the Federal government, he believes that they’re lazy. Republicans believe that planned parenthood is just some kind of massive abortion complex where women come in, get their fetuses sucked out of them and then walk out and have unprotected sex with whoever they want. That is what Republicans believe. It’s disgusting, it’s backwards and it’s completely untrue. They have convinced enough people in this country that that’s the way it is and that’s why people will buy into it. That’s why people accept that we’re going to take money away from low income women’s healthcare and from poor people trying to feed their families in order to build this idiotic boarder wall.

Steve King is the poster child for Republican hypocrisy, corruption and lies and the worst part is, the Republican base believes every single word this man says.