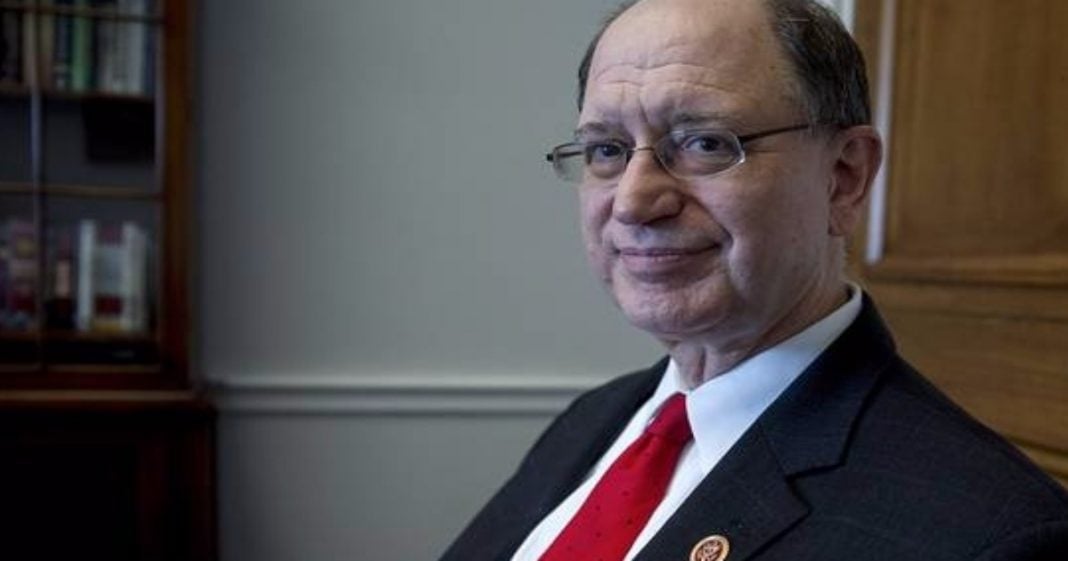 On Wednesday, the first major shot by the Democratic party to remove President Trump was made by California Congressman Brad Sherman.

Sherman took a step forward in the ongoing investigations and discussions around Trump to officially file the articles of impeachment.

Sherman is the first to introduce the article of impeachment against the sitting president, despite several claims for his removal from office coming from other elected Democrats.

Sherman argues that with the latest proof of some form of collusion committed by Trump son and campaign staffer Donald Trump Jr., as well as earlier issues surrounding Trump’s firing of FBI Director James Comey, there is now ample evidence that the President engaged in illegal behavior both in and out of office.

While some may be excited to see the articles of impeachment flaunted around, the possibility of the motion passing in a GOP-controlled Congress is nil.

So far, the only co-sponsor is Congressman Al Green (D) of Texas. That support comes as no surprise as Green was the congressman who called for Trump’s impeachment on the House floor last month.

Sherman has been talking about proposing articles of impeachment for more than a month now, but Democrats in the House have urged him to wait, fearing appearing too eager and acting without evidence.

Now, with the strongest evidence related to Russian collusion yet in the form of Trump Jr., might more Democrats sign on to the legal action?