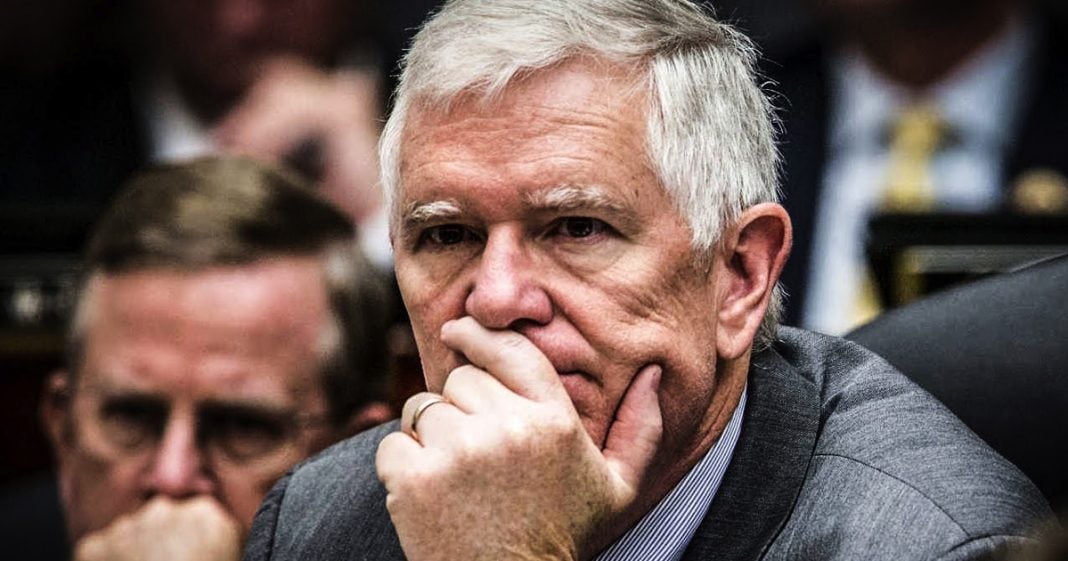 Republican Congressman Mo Brooks from Alabama told CNN that enacting a universal healthcare program in the United States is just too expensive to become a reality. He then said that the proposed tax cuts for America’s wealthy elite are – and our exorbitant military spending – are absolutely necessary to keep this country going. This man is delusional. Ring of Fire’s Farron Cousins discusses this.

Earlier this week during an appearance on CNN, Alabama Congressman Mo Brooks told CNN that universal healthcare in the United States is absolutely a non-starter. It’ll never happen according to Mo Brooks because it’s just too gosh darn expensive, and then in the same breath, Representative Mo Brooks, serving in the United States House of Representatives, after saying that universal healthcare is too expensive, tells us that tax cuts for the rich are just an absolute necessity. According to Brooks himself during this interview, the reason we have to give even more of our tax dollars to the wealthy elite is because, well by golly, they’re the ones who create our jobs. They’re the ones that apparently all of us in this country work for and we owe them something for it.

Let me explain something to Mo Brooks before we get into the nonsensical argument that universal healthcare is not affordable. We don’t owe our employers anything. Do you know why? Because we’re already working for them. Those of us that do work for the massive corporations who will get tax breaks, of which I do not by the way, they’re giving them something already. They’re giving them a product. They’re giving them labor. They’re giving them hours of their lives every single day. We don’t owe them any more than that. They repay them by giving them paychecks. That is how work works. That’s capitalism. We don’t have to give them even more of our tax dollars to show how grateful we are that they’ve bothered to employ us. I mean, essentially you’re turning it into a system of bribery where we give them tax breaks saying please for the love of God create some more jobs even though we know from all the test cases that that never happens.

There are numerous ways in which we could afford to get every American in this country health insurance. We could do it. Other countries do it. Are you saying that other countries are better than the United States because they figured it out and we can’t? Because it sure as hell seems like you’re saying that, Representative Mo Brooks from Alabama. In reality, you don’t want to afford it. You don’t want to be able to give people health insurance. You don’t want people living longer lives. Why? I don’t know. Maybe it’s because you want to continue getting money from the health insurance industry. Maybe it’s because you want to keep getting money from the pharmaceutical industry. Whatever the reason, stop lying to people. We can afford it. There’s about a hundred different avenues we could take to afford universal healthcare coverage in the United States if Republicans had enough sense to even look down those avenues and figure it out for themselves.