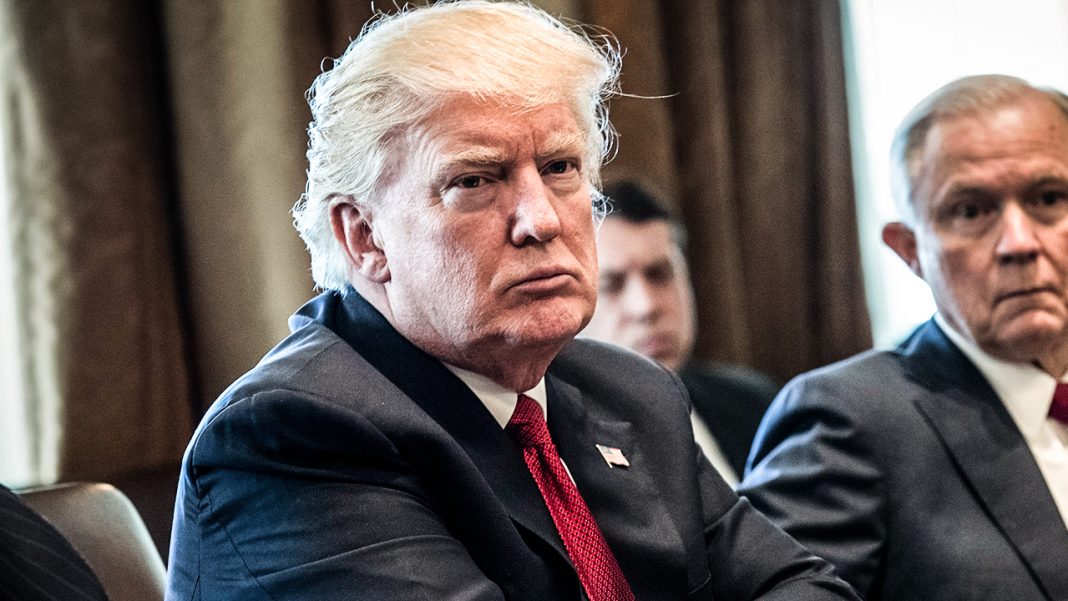 Responding to the latest reports surrounding the conduct of his son and namesake Donald Trump Jr., President Trump offered little in the way of defense. Instead, Trump issued a simple statement, bizarrely praising his eldest son for his “transparency.”

“My son is a high quality person and I applaud his transparency.”

A “high quality person”? That was the best he could muster after having called Flynn, a man who is most certainly not his son, a “wonderful man”?

Trump’s comments come in response to an ongoing scandal surrounding his son and a meeting he admitted to having with a Russian attorney. During the meeting, Trump Jr. was expecting to receive damaging intel about then-candidate Hillary Clinton.

The news about Trump Jr.’s meeting shortly after the Republican primary was broken by the New York Times on Saturday, but the subject himself confirmed the reports in a series of statements, tweets, and a chain of emails released just today.

It was the last piece of evidence released by Trump himself, the email chain, which some are referring to as the damning evidence of collusion.

In the series of emails between Trump Jr. and campaign staff, the Trump campaign staffer and son of the candidate was told he was to be given damning information about Clinton as part of an effort by the Russian government to aid his father’s election.

With that knowledge, his meeting with the Russian attorney turned from an attempt at information-gathering into engaging knowingly with collusion.

Now, many are considering what Trump Jr. engaged in both collusion and treason, though there is no telling what will happen next.

If anything, Trump’s lukewarm defense of his own son may be an indication that this new information is more damaging that we even realize. Could this finally be the “gotcha” piece of evidence that leads to the end of this Administration? Time (and maybe Donald Jr. himself) will tell.