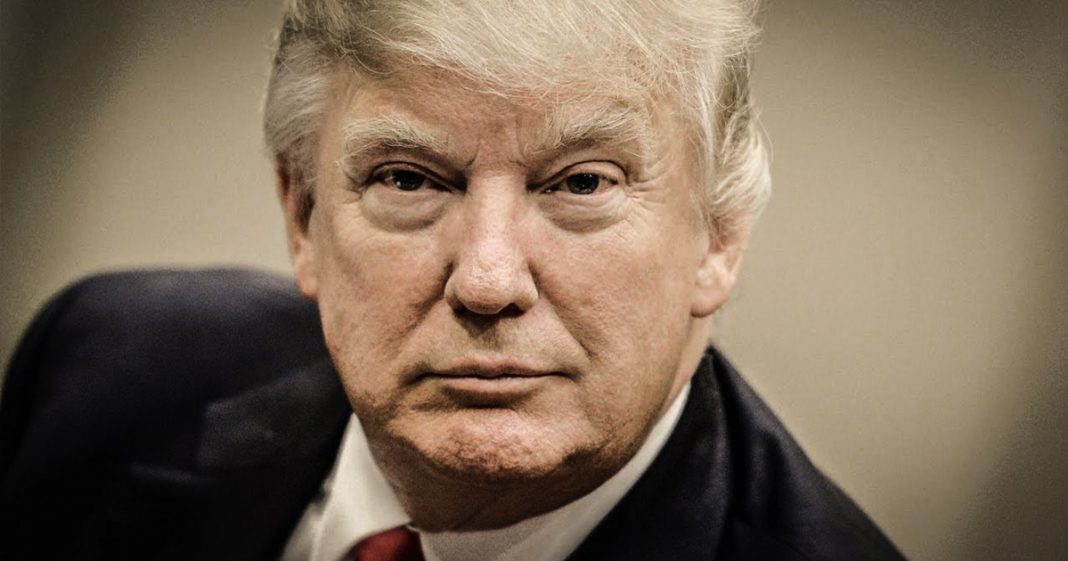 In case anyone has forgotten, our sitting President Of The United States, Donald Trump is still facing a sexual assault, sexual harassment lawsuit from former apprentice contestant Summer Zervos. According to a recent argument by Donald Trump’s lawyers in court in front of a judge, Donald Trump has every right to call Mrs. Zervos, the woman accusing Trump of sexual assault and sexual harassment. He has every right to call her a liar because that’s his protected speech under the first amendment.

Furthermore, sexual harassment, saying things to women that they don’t want to hear or that are completely inappropriate, that is also according to Donald Trump’s lawyers, protected speech under the first amendment of the constitution.

Here’s a little bit of a legal lesson for Donald Trump’s lawyers. No, it’s actually not. Go take a first amendment freedom’s course at any college and you’ll understand what types of speech are protected. The first amendment does not say that every American citizen has the right to go out and say whatever to whomever they want. That is not how it works. All it says basically is that the federal government is not going to step in and silence you on all matters. There are certainly areas where they can come in and say you’re not allowed to say that. Sexual harassment just happens to be one of those things because sexual harassment is against the law.

Trump’s lawyers I guess clearly don’t know that and yet somehow still managed to pass the bar, allegedly. I haven’t seen their diplomas, I haven’t seen their transcripts. I don’t know if they actually made it but I have to assume that they did, otherwise they wouldn’t be representing him. But this particular argument shows us two things about the president.

One, somehow he managed to find attorneys who are as big scum bags as he is. Two, it reminds us what kind of person won the office of the presidency. If you think back to the 1990s, when Republicans were up in arms over the fact that Bill Clinton may or may not have had an affair while in the office. He may or may not have had an affair before coming into office. Talking about how deplorable this was, how reprehensible it was for the office of the president. I get that, to an extent I guess.

Our current president is literally being sued for sexual assault and sexual harassment. Where are all those Newt Gingrich Republicans today decrying this, saying that this is reprehensible for a president to do these kinds of things? It’s not as if we didn’t know. Trump literally told this country that this is what he does, this is how he operates. That’s what that leaked Access Hollywood tape was all about.

Donald Trump is a serial sexual harasser by his own admission. And yet, Republican voters, those conservative Christian voters who allegedly have more morals and values than the rest of us, at least that is what they claim, see no problem with this whatsoever. They also see no problem with Donald Trump and his fellow Republicans who do this on a daily basis, blaming the victim here. Calling her a liar, saying she’s just out to get famous. How dare she do this?

Why is it that in this country we always give the benefit of the doubt in any case of sexual harassment, sexual assault or rape, the benefit of the doubt always goes to the man. It’s up to the woman to prove beyond a doubt that these things happened. She never gets the trust of the media. We have seen too many white guys get away with this kind of behavior for too long, usually athletes.

They come from wealthy families. They’re going to make a ton of money. Judges that tell us, “I don’t want to sentence him for rape because that’s going to ruin his life forever. Sorry you got raped and you’re going to live with that PTSD of being raped for the rest of your life, but I don’t want to screw up his life too even though he ruined yours.”

That’s exactly what we elected in the White House folks. That is exactly what Donald Trump is, the worst case of affluenza that this country has ever seen, a man who lives his life without consequence, a man who blames the people that he victimizes for their own positions in life. His legal team is out there today, telling a judge that it’s okay that he calls her a liar because that’s protected by the first amendment.