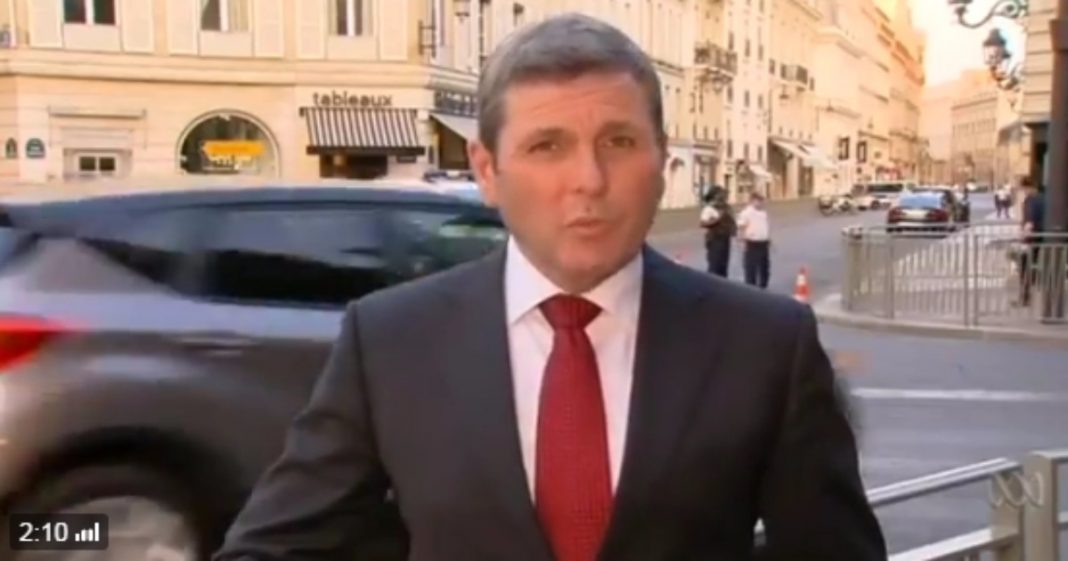 While the American media continues to grapple with how to properly cover President Trump and his administration in the face of unprecedented corruption and hostility, neighbors in fellow nations have no such restrictions. As a result, a news anchor from Australia was able to succinctly, blisteringly offer his honest view of the American president during last week’s G20 Summit.

In a brief two-minute clip, Australian Chris Uhlmann, editor at Australian Broadcast Corporation, said that the American president “diminished his nation,” as well as “alienat[ing] his allies.”

Wow. This analysis of Trump from an Australian reporter is quite something. Watch the whole clip. pic.twitter.com/u0mroeWD3W

“We learned that Mr. Trump has pressed fast forward on the decline of the U.S. as a global leader. He managed to diminish his nation and to confuse and alienate his allies.”

Responding to the report that Trump remained the only world leader in attendance at the Summit to refuse to claim the Paris Climate Agreement was “irreversible,” Uhlmann said that his lack of progress is a stain on his entire nation.

“He has no desire, and no capacity, to lead the world.”

Here, Uhlmann was referring to Trump’s refusal to lead the world in environmental progress, but many would agree that the statement could be applied to any and all issues.

In his criticism, Uhlmann arrives at an under-discussed element of Trump’s decision to remove the U.S. from the Paris Climate Accord; namely, that in doing so, he is removing the U.S. as a leader of the modern world.

Deciding to stay out of the largest coalition in decades means missing out on the chance to lead the world into the future. Already, we have seen other leaders step into the shoes the U.S. left behind, recognizing not only the environmental benefits, but the benefits related the shift of global power.