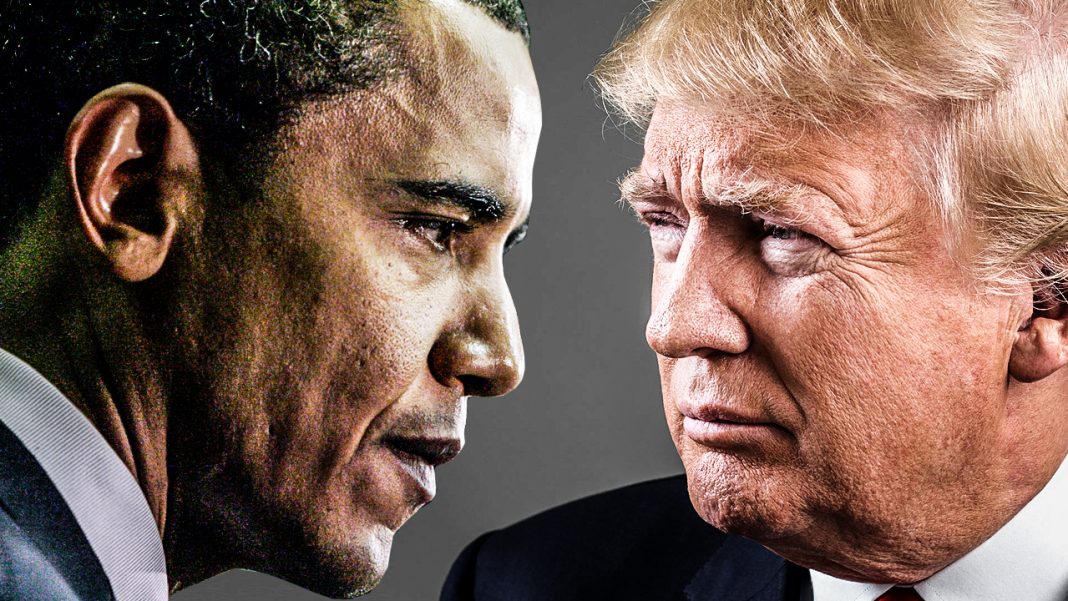 Republicans love telling us that Obamacare is in a “death spiral,” but according to figures from Trump’s own administration – from people that he appointed – Obamacare (The Affordable Care Act) is doing much better than projected and is nowhere near being sucked into a “death spiral.”  The information saying this comes from a report that Trump himself has cited on several occasions, so will he bother to report on the good news that contradicts that scare tactics of himself and his fellow Republicans? Ring of Fire’s Farron Cousins discusses this.

I’m sure everybody’s heard and seen Donald Trump, Paul Ryan, and all other republicans tweeting out and discussing the fact that Obamacare, the Affordable Care Act, is in a so called death spiral. Now they don’t throw around this term death spiral loosely. That is a industry term that describes what happens in an insurance pool when the risk gets too high and people get priced out of their insurance. And it’s based on those things, on risk and price increases. According to them these price increases under the Affordable Care Act that took place this year, which was part of the original legislation, these companies could not raise their prices during a certain amount of time this year, that expired so they increased their prices because they wanted more profit.

So republicans say it’s been in this death spiral. Well, guess what? There is a report out that shows that not only is the Affordable Care Act, Obamacare, not in a death spiral, but it’s actually performing better than projected. That report didn’t come from Yale or Harvard. It didn’t come from individual economists. It didn’t come from the healthcare industry or left wing blogs and think tanks. That report came from the Trump administration itself. It’s not as if this entire report has been buried. Donald Trump has actually cited other figures from this report when talking about the death of Obamacare. But the part that he omitted was a line that says, “But risk score were stable overall and fell by 4% in smaller individual markets.”

So yes, we have the price increases that are part of a death spiral, but we don’t have an increase in risk, which means people are not getting sicker and driving up healthcare cost. Healthcare cost are going up because the health insurance industry can do that. That is the reason according to Trump’s own government, one of his appointees is the one who oversaw this study, that is what they tell us about the Affordable Care Act. Meanwhile they’re out there telling us that the reason our rates are increasing it’s because Obamacare has failed.

It has not failed and they know that. Their report show it, and they’ve read these reports. Risk is actually decreasing in some markets and in other markets it’s staying the same. Risk hasn’t changed. People are not using their insurance more because they’re getting sicker. The reason health insurance prices went up was because health insurance companies, the free market, decided to raise prices because they wanted more profits.

These companies were making billions of dollars a year in profit, not revenue, profit under the Affordable Care Act. But that wasn’t good enough for them. They wanted more money. So as soon as that little statute expired and they were able to raise their prices, they decided to do it because, why not, we can. And we’re all the suckers that have to keep paying. And the companies know this. They know that we have to have health insurance and so they raised the prices a little here and a little there, and a little here and a little there. We continue to pay it. They make a modest at first so we don’t quite notice. Yeah, sure an extra $10 a month, an extra 20, 30, 40, $50 a month.

They do it because they can. They do it because they’re greedy. They’re not hurting for money. Their risk is not going up. Their costs are not going up. Every lie that the republicans have told you about healthcare is just that. It’s a lie. It’s not true. The only reason healthcare cost in the United States are rising as far as insurance is concerned is because the companies want to make more money and nobody in DC has the guts to step forward and say that, nope, we’re putting that limitation back on you. You can’t raise prices again for another five years for existing customers.

But they won’t do it. Democrats, republicans, they won’t do it. Health insurance lobbyists, health insurance industry campaign donations, that’s a huge business for both parties, and they both want a piece of that pie so they’re going to go along with it. But more importantly, why are the democrats not getting out front and explaining what’s actually happening in the markets?

Health insurance is not going up because of the Affordable Care Act. It’s going up because of corporate health insurance industry greed. That is the only talking point the democrats need to have right now on the healthcare debate, unless they’re pushing for Medicare for all programs. In fact, I think those two talking points go pretty well together. We’re paying more money because insurance companies want more money. Not because they need it. Not because their costs are going up. It is 100% because they want it, and Donald Trump’s own government proved it.