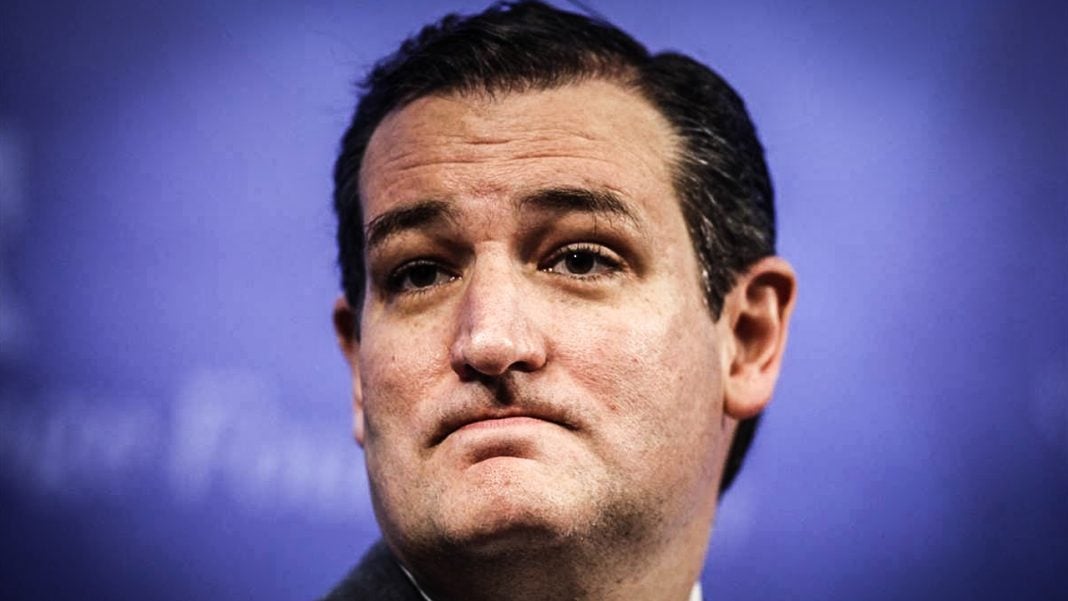 Republican Senator Ted Cruz believes that he has found a way to break the current gridlock over the Republican healthcare legislation.  His plan would break the insurance risk pool into two different categories – the sick and the healthy.  Republicans think this is a great idea while healthcare experts are warning that this would absolutely destroy the health insurance market for everyone in America.  Ring of Fire’s Farron Cousins discusses this.

Republican Senator Ted Cruz has a plan to undo the gridlock, break through the gridlock, that has basically stalled the Republican healthcare plan in the Senate. According to reports, Ted Cruz’s plan is to change the legislation a little bit so that it basically creates two pools of people in the United States: the sick and the healthy. The healthy will have the option to buy into health insurance plans that don’t cover very much, but they also don’t cost very much. After all, these people are healthy, so they don’t have as much to worry about, they can go on with their lives. Sick people, however, according to Ted Cruz’s brilliant plan, they’re all going to be lumped together. They’re going to have to buy high deductible, high premium plans that cover more because, you know, they’re sick people, people with preexisting conditions, like pregnancies. So, they’re going to pay a shit-ton more for health insurance, and everybody else gets to have their cheap stuff and walk away.

That’s Cruz’s plan to fix the log jam that’s taking place with the Republican healthcare plan. There’s just one glaringly obvious problem with that, and this is something that healthcare market specialists are pointing out to Ted Cruz. Your plan would absolutely destroy healthcare markets around the country. You see, the way they explain it, the people who actually understand what they’re talking about, if you only have two pools, one incredibly high risk and one low risk, the low risk people pay less money, that’s fine. Insurance companies get less money from that. The high risk people have to pay even more money that they can’t afford because Cruz still wants to strip them of Medicaid and all other forms of subsidies, so they drop out completely. Suddenly, you have health insurance companies that are not making enough money to survive because the high risk pool can’t afford to pay premiums, and the people over here are paying nothing for premiums.

Markets absolutely collapse. At that point, healthy people would then have to pay premiums for plans that cover less, or buy into the sick pool, which the premiums are going to be even higher over there. Essentially, according to the experts, there is no feasible way for Ted Cruz’s plan to actually work if put into practice, but facts have never stood in the way of Ted Cruz. He is still pushing to get the legislation in the Senate changed to create these two separate insurance pools. Now, the reason we even have insurance pools to begin with is to share the risk. Healthy people and sick people get mixed in together so that everybody kind of pays an average. Yeah, it’s slightly more for the healthier people, but it’s slightly less for the sicker people. We all pay that difference to keep everybody healthy, and that’s the point of healthcare for the United States. It’s not just about one person or one small group of people; it’s what works for everyone. The whole thing, basically, has to be a compromise or, as the experts say, it’s going to fall apart and destroy the entire health insurance market for the United States.

Is it worth it? Maybe. Maybe that’s what Republicans want. Maybe they’ll be happy if nobody can have health insurance. Then the whole issue just stops. People die because they can’t go to the doctor, that’s one less voter they have to pander to. But that’s not how it should work in this country. We should care what happens to the sick. We should care what happens to the less fortunate. Nobody in this country should be written off just because they have some kind of preexisting condition or because they don’t make as much as other people, and struggle to afford health insurance. That’s not fair, and that’s not what this country is all about. We take care of one another, or at least we should, because if not, according to the experts, the whole damn system comes crashing down.