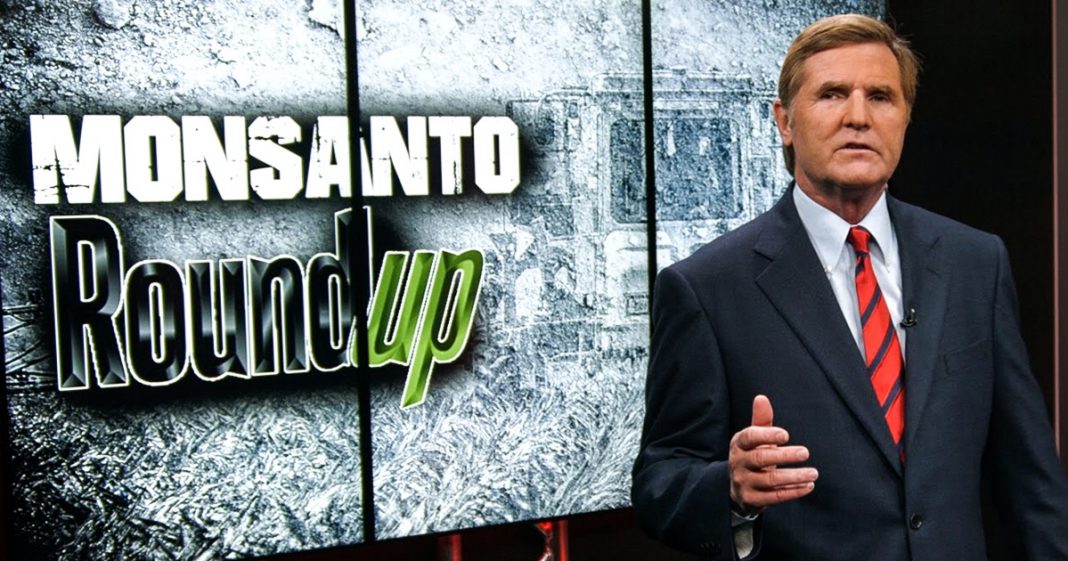 Environmental lawyers have begun filing lawsuits against Monsanto for cancer deaths related to their product Roundup. America’s Lawyer Mike Papantonio talks about how these lawsuits show an effort both on the part of Monsanto and the US government to minimize the message about the dangers of Roundup in relation to human cancer.

Environmental lawyers have begun filing lawsuits against Monsanto for cancer deaths related to their product Roundup.

What these lawsuits are uncovering shows an effort both on the part of Monsanto and the US government to minimize the message about the dangers of Roundup in relation to human cancer.

The Story begins as early as the 1980s when laboratory tests on glyphosate began to show cellular changes in laboratory animals that should have been considered early signals of a relationship to cancer.

In fact in 1985 the EPA during a time when it was actually effective; a time when it actually worked on behalf of a safe environment, determined that glyphosate the primary ingredient of Roundup needed to be classified as a class C carcinogen which meant that it clearly was suggestive of a relationship to cancer.

But then miraculously 6 years later the EPA suddenly changes that classification to something just the opposite where they claim that NO they were wrong; and overnight glyphosate according to the EPA and Monsanto the public now has no worries about cancer. Nothing to worry about here … move on.

All of the laboratory testing from the early 80s that the EPA used to classify glyphosate as a cancer agent suddenly became unavailable to the public with Monsanto arguing that all the early testing results fall under protection of trade secrets that cannot be shared with the general public.

The next twist takes place when the World Health Organization issues a statement in 2015 maintaining that the Monsanto Roundup herbicide in their words is “probably a human carcinogen”.

As you might imagine Monsanto called in its army of paid for scientists, lobbyists, politicians needing contributions, and governmental agencies more concerned with mega-profits than human health.

With government, corporate controlled media, and even the White House pulling every string to protect Monsanto, it appears that the only place this story will be fully be told is in court rooms in front of juries. That’s the only way that this story will ever be told. For a jury to hear the story and make a decision about how bad the conduct is, both of Monsanto and the U.S. government in this deadly cover-up that has cost thousands of lives throughout America and worldwide.