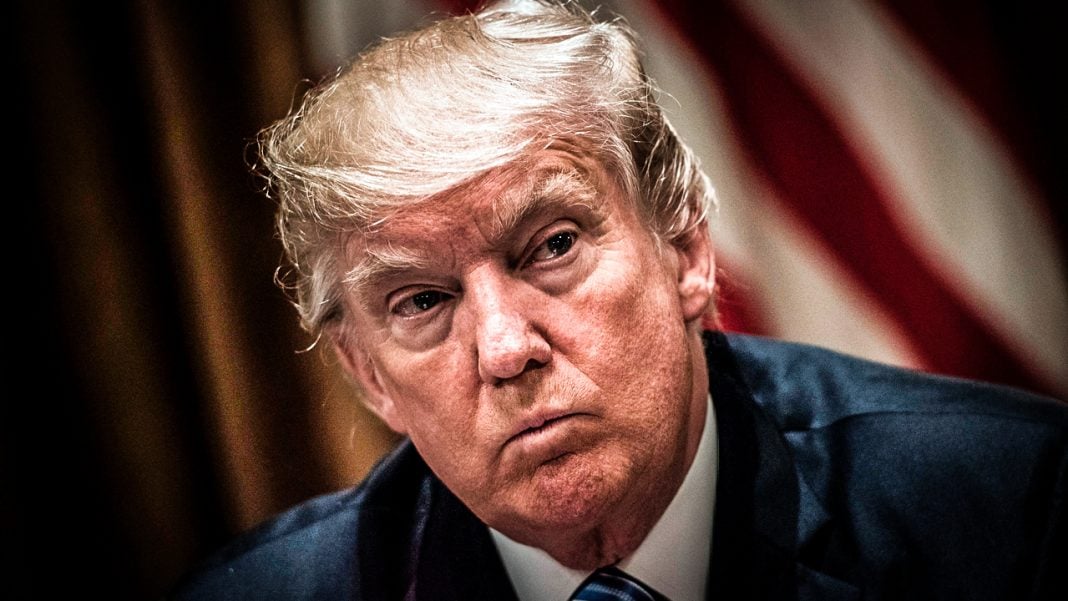 According to a new report by the Associated Press, most Republican voters do not blame Donald Trump or his antics for the lack of progress on his legislative agenda, and instead, they place that blame at the feet of the Republican-controlled Congress.  While there is some truth to that idea, if these voters do not view Trump as a problem, then the 2020 elections will not be as easy as Democrats are thinking. Ring of Fire’s Farron Cousins discusses this.

An interesting new report came out in the Associated Press that shows that Republican voters, the base, the core, hardcore Republican voters actually don’t blame Donald Trump for the inability of his administration to do anything while in office. According to interviews with several different groups of Donald Trump supporters all the way from New York to the American south and beyond, voters overwhelmingly blame the Republican controlled congress for the lack of advancement on Donald Trump’s agenda. They do not blame the president. They do not see a problem with the president’s tweets. They do not see a problem with the president’s behavior, even though the rest of the country is appalled by it. They think it’s perfectly fine. They think this is just the way things are supposed to be. We finally have a straighter, right? A guy who says what we’re all thinking allegedly.

The reason this story is so important is because right now the Democratic party is coasting along thinking that the 2018 midterms and then the 2020 presidential elections are going to be a piece of cake. Well, I have news for you. It’s not going to be a piece of cake. Those are going to be hard fought battles that we will likely lose and I say that because this story shows that no matter what Donald Trump does, no matter what he says, no matter who he attacks, his base is not going to lose support for him. They will not turn on him> they’re going to continue supporting everything this man does and they’re going to find somebody else to blame it on because that’s what he does.

Donald Trump is just like them. Low information, low energy, not that bright and always looking for a scapegoat. That is the republican base. That is Donald Trump and that is why those two fit so perfectly together because it’s easy to blame someone else. In reality, when your party holds the house, the senate, the presidency, the court system, the state legislatures, the state governor mansions, federal courts all across this country, everybody is to blame. I mean, look. To an extent, I agree with you. The Republican controlled congress deserves blame, but so does Trump, okay?

Again, when you control 100% of everything and you still can’t get stuff done, that means that every part of your party is infected. Nobody is free from blame. As long as these people continue to support Donald Trump, he is safe. That’s what’s so terrifying about this story. We want to think that as we go into 2020, we’re going to be able to knock him out easily no matter who the Democratic party puts up. The truth is that his hardcore base is still going to be there. There’s still going to be some moderates and independents who support him, who do not like Democrats whatsoever. There is no such thing as an easy election anymore because of the way that this country has been divided and Donald Trump seems to enjoy dividing them further.

He is the once who directly benefits from that. Even if Republican voters are blaming congress instead of the president for the lack of action, they still won’t hold them accountable in the 2018 midterms because in their minds any Republican is better than any Democrat and it’s up to the Democratic party to change those people’s views on who is the better party.