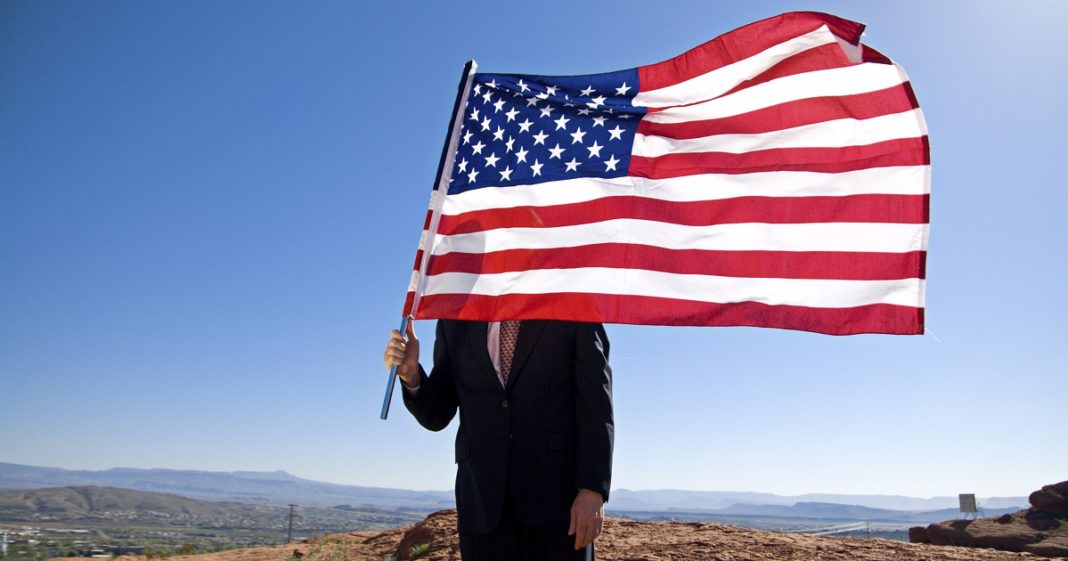 Walter Shaub, the director of the Office of Government Ethics, announced Thursday that he would be submitting his resignation from the Trump administration. Though Mr. Shaub did not elaborate, he did say that the “rules” are not tough enough for elected officials, an obvious jab at the fact that the Trump administration has had to request numerous ethics waivers for members of Trump’s team. Ring of Fire’s Farron Cousins discusses this.

Thursday of this week, Walter Shaub, the Director of The Government Office of Ethics, announced that he was resigning effective immediately. During an interview with NPR Shaub explained that the reason he had decided to resign was because the rules within the office of ethics were so lax that basically the office had become dysfunctional. They couldn’t do anything because of how bad the Trump administration was acting. Now those were not his exact words, those were his implications. But he did say that the rules for government for ethics need to be stronger and that is what he’s gonna begin working on. He’s going to a private legal think tank where he says he can work on reform. Making ethic rules for Washington DC stronger than ever, essentially to avoid people like Trump in the near future.

Unfortunately, now this office is left with no leader. This is a very small group, it’s got about 17 employees in the entire ethics office. And in the period between October 2016 and March of 2017, this group was inundated with over 39,000 forms of communication, phone calls, emails and letters, about people experiencing concern over the ethics of the Trump administration. Now during the same time from the Obama administration, from October 2008 to March 2009, the office only received 733 communications about people worried about Obama’s ethics. 39,000 forms of communication in six months. His office was inundated and according to him, there’s not much they can do, cause as it turns out, the office of government ethics cannot enforce the rules. All they can do is report.

They can go to Congress and say, “We’re pretty sure there’s a violation of ethics rules here, go.” That is the extent of the enforcement power of this office. And that is also one of the things that Shaub has a problem with. If this office, if their job is to find ethics violations within an administration, they need to be the ones with the power to enforce it. That has to change. Because when you’re dealing with a situation like we have today, where we have a Republican President who’s violating ethics laws left and right, members of his administration having to get constant ethics waivers so they don’t break the law, the office in charge of monitoring that should be the ones to enforce it.

You can’t have a Republican Congress as Rand Paul himself said, “Investigating a Republican President.” Rand Paul said that that doesn’t make sense so why would they do it? And that’s why he wants this reform. It’s sad to see him go, he has clashed with the Trump administration since day one, as he should. He shouldn’t be their friend. He’s the investigator. He’s in charge of the people going after these people not because they hate them, but because somebody has to hold everybody else accountable. That’s the purpose of this office. So hopefully in his new career, he can enact some reforms, he can do some lobbying, make real change happen. Because the American public are the ones who benefit from this, it’s not any particular party. They investigate Democrats as well as Republicans. And that’s what we need. We need an independent ground, non-partisan, bi-partisan whatever you want to call it, but somebody out there making sure that everyone in DC is playing by the same set of rules because right now they are not.

Donald Trump is not playing by the same set of rules that Obama and W and Clinton and HW and Reagan and everybody else, he’s not playing by the same rule that they did. He thinks he’s above the law. He didn’t put his businesses in a blind trust like every other President who’s had businesses has done. He didn’t sell them off like some former presidents were forced to do. Jimmy Carter had to sell his peanut farm. Instead, Trump put his businesses in the care of his two sons, who he talks to on a daily basis. And Trump still reaps 100% of the profit. And that’s what Shaub is getting angry about. That’s why he wants reform and to be honest, that’s why everybody in this country should want reform. It’s not about taking down Donald Trump or any Republican or Democrat, it’s about making sure that everybody’s playing by the same rules so that our government doesn’t look like some kind of weird dictatorship in the third world banana republic where the President can do whatever the hell he wants and the people just have to sit by and pretend that he’s not constantly breaking the law.