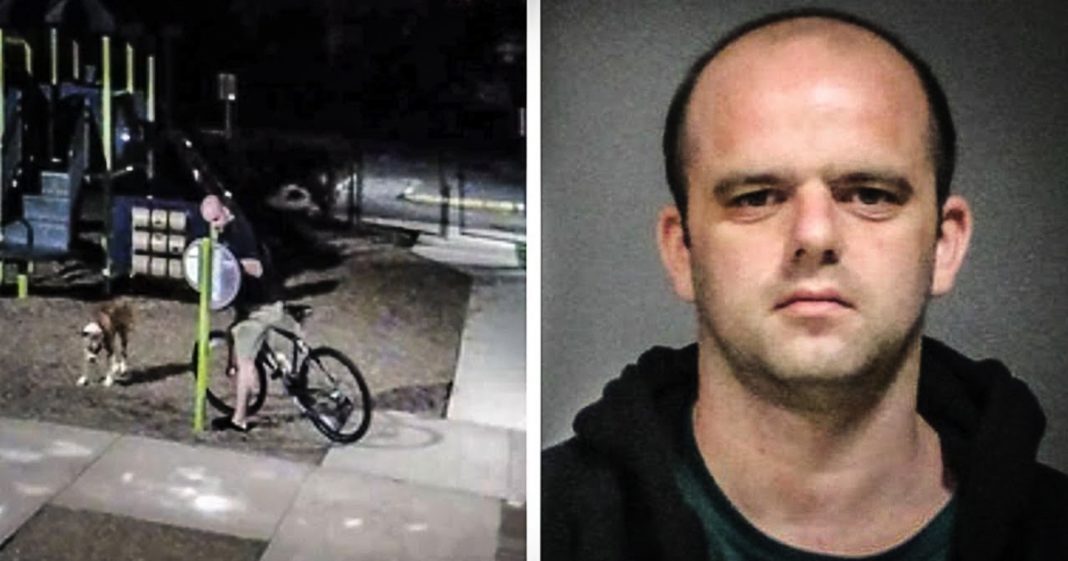 A Donald Trump supporter has admitted to vandalizing an elementary school in Connecticut. The man spray painted liberal messages on the school, including “BERNIE 2020”, in an attempt to paint progressives in a negative light and frame them for his crime. Ring of Fire’s Farron Cousins discusses this.

On the evening of June 15th, a man by the name of Stephen Marks went to an elementary school in Connecticut and spray painted messages that said, “Kill Trump. Death to Trump. Bernie Sanders 2020, and Left is the best.” As it turns out, Stephen Marks the man who committed this crime is not a leftist at all. He is in fact a self-admitted Donald Trump supporter. He admitted that he is a Donald trump supporter when he finally decided to turn himself in for the crime that he committed. The reason according to Marks himself that he went out and did this vandalizing and wrote those liberal messages is because he wanted to frame liberals. He wanted to paint liberals in a violent disgusting light and have the public turn on them. To an extent that may have happened. The story was actually underreported when it happened. Now that it was revealed he is a Trump supporter, the story is finally making rounds and to be honest it does need to make a rounds.

This is the behavior that Donald Trump inspires. This is the behavior that Republican voters think it’s perfectly fine. Marks once he confessed to the police, turned himself in said he is very, very, very sorry. He regrets his decision, it was stupid. That doesn’t change what you did. That doesn’t change the fact that you got so angry with the progressive left that you decided to go out there to an elementary school and spray paint these messages. Those kids did nothing wrong. They don’t deserve to walk out and see things like these written on their school and have those parents have to explain to their children what happened and then later on have to go reexplained to their children what happened once it was revealed that you only wrote those messages because you’re an anti-left Trump supporter. That’s not fair to them.

It’s not fair that Republicans think this behavior is okay, that they think it’s okay to get so angry about politics, so angry about people reporting the truth about their party and their president that they can go out and do things like these and try to frame the left. Hopefully, nobody bought in to this guy’s or the narrative I should say that was created before it was revealed this guy was a Trump supporter. If it did, if people did buy it then the damage is done, because they saw the original story not the follow-up. There is a very severe problem with a lot of people in this country. This guy Stephen Marks who committed this crime is a great example of it. I’m not saying there’s not people like that on the left. There’s people like that from every single political affiliation and that has to stop.

At the end of the day, we really are all in this together. Some of us are working to make it better for all of us. Others are working to make it better for themselves and they don’t give a damn what happens to the other people. That’s the difference between the two major parties or at least it used to be. At this point, it’s getting hard to determine who’s who. We have got to make sure that we ran in these people that have this anger, this level of disdain for the other side. This behavior is inappropriate and it’s even more inappropriate when donned at an elementary school. I hope this man goes to jail. I understand he is remorseful, but it doesn’t excuse what he did. This behavior cannot be tolerated. He needs to be made an example of so people understand what happens when you take your political extremism to the extreme.

This isn’t college football folks. Technically, at the end of the day we’re all on the same team. We need that team to be strong. We need that team to care about everyone, because if it doesn’t then every one of us suffers as a result. I think too many people in this country don’t understand that. We’ve got to have that team mentality. We can disagree but we’ve got to keep it a little bit more controlled so that incidents like these don’t happen again in the future.