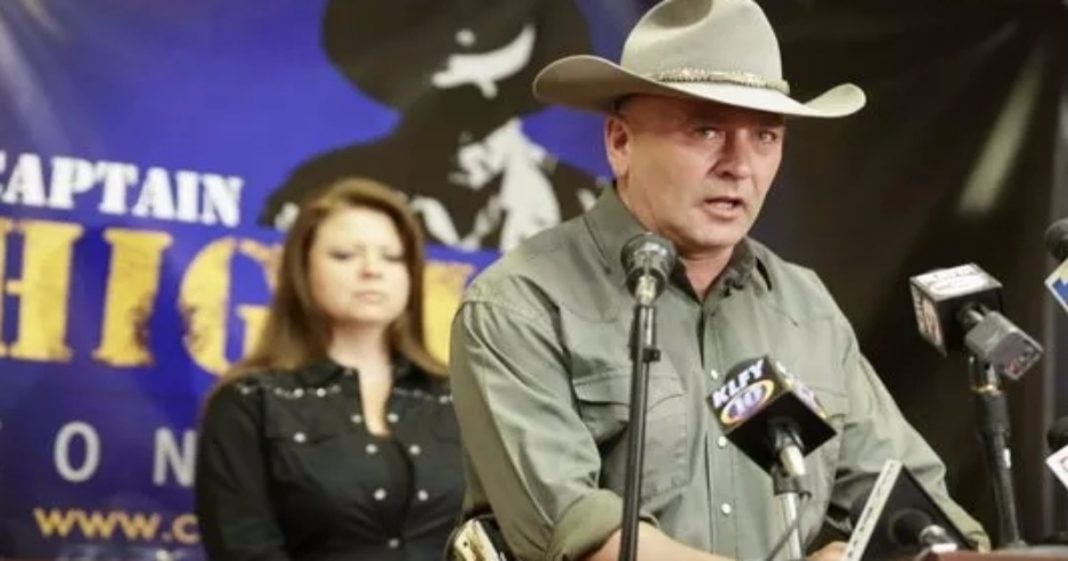 During a recent visit to the Auschwitz-Birkenau Memorial and Museum in Poland, Louisiana Congressman Clay Higgins filmed a video that at first, has the feeling of a documentary – but turns out to be a fear-mongering call for increased militarism.

During the five minute presentation, Higgins is shown walking through the various rooms  – including a gas chamber – describing the atrocities that took place there during the Second World War. Right in the middle of an explanation of how victims were put to death using an insecticide known as Zyklon-B, he declares,

“This is why Homeland Security must be squared away, why our military must be invincible.”

Whether or not you agree that the DHS is necessary, or if the US should spend even more on its military that it already does, one thing is abundantly clear: Higgins’ statement, made in that particular setting, was completely inappropriate.

That was certainly the position taken by the museum administrators. A museum representative issued the following message on Twitter: “Everyone has the right to personal reflections. However, inside a former gas chamber, there should be mournful silence. It’s not a stage.” In fact, a sign posted at the entrance to the gas chambers clearly requests that visitors remain silent while inside.

Higgins’ video is accompanied by the soundtrack to the 1993 film Schindler’s List, which was based on the true story of a German factory owner who assisted Jews to escape from the Reich. It is not clear if Higgins had permission from director Steven Spielberg’s company, Amblin Entertainment, or composer John Williams to use the music in his video.

Higgins, known in the Pelican State as the “Cajun John Wayne” (by those who apparently forget that John Wayne was a Hollywood actor famous for playing one type of character) was elected to the House of Representatives in a runoff election last December. In the past, he hosted a “Crime Stoppers” segment on a local news program and has worked in both military and civilian law enforcement for much of his career. Famous in Louisiana for his “get-tough-on-crime” attitude, he resigned from the St. Landry Sheriff’s Department last year over a series of controversial videos that went viral. Those videos had not been sanctioned by Crime Stoppers, but called upon community members to assist in bringing members of a local gang to justice.

Higgins’ speech is frequently peppered with references to his religion, as he promises “redemption” to criminals who are willing to turn themselves in. Last month, Higgins responded to news of the London terrorist attack by proclaiming that Christians are “at war with Islamic horror,” calling for every radical Muslim to be put to death.

Regardless of his views and his rhetoric, Higgins’ use of  a memorial was improper, insensitive and in poor taste. The Jewish-American Anti-Defamation League called his video “incredibly disrespectful to the hallowed ground” of Auschwitz – and we agree.