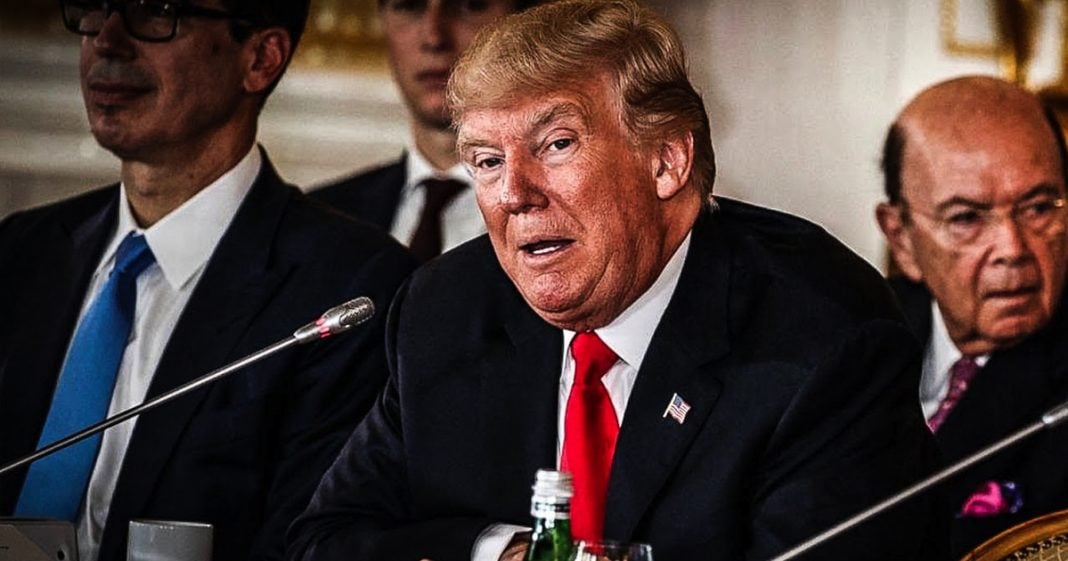 During his second overseas trip since becoming President, Donald Trump decided the best way to kick off his tour would be to slam the U.S. media and U.S. intelligence agencies during a speech in Poland. The speech played well to that crowd, but left an overwhelming feeling of embarrassment for those of us back in the U.S. Ring of Fire’s Farron Cousins discusses this.

On Thursday, Donald Trump kicked off his second major overseas trip since becoming president of the United States, and in a speech in Warsaw, Poland decided that his best route to, I guess, win over support of the Polish people, was to attack the US media and US intelligence agencies, and to cast a negative light on any kind of Russian interference, basically the entire investigation into what Russia did during the US elections, and any possible collusion with the Trump Administration. Now, Poland is a place, I don’t know if many people understand this, where the freedom of the press is under attack. Donald Trump assumed that he could walk in there, show them that he hates US media just like their government hates the media there, and thought it would play well with the crowd.

To be honest, it did, but to everybody else watching that, it was the rantings of a thin-skinned child acting is if they are somehow a leader in the free world. That was the image that Donald Trump projected in that speech in Poland. It wasn’t one of leadership, or diplomacy, or showing that he was a true statesman. It was just attacking the media, which is what he does every day on Twitter anyway. Nobody was impressed. He didn’t win anybody over. They understood exactly what he stood for, but again, the more poignant part of Donald Trump’s speech was when he was discussing the issue of Russia and interference into the US election, which the US government itself has admitted did happen in some form to some degree.

Trump said he doesn’t know. He doesn’t know if Russia did it. They probably did it, he said, but a lot of other countries probably also interfered. So what he did with that statement was show how weak and easily hackable, I guess, United States democracy truly is. Yeah, Russia probably interfered, I mean, probably a lot of countries, I guess, according to Trump, showing that we’re woefully unprepared, that our voting system is woefully antiquated and easily hackable, so come on in, interfere with the United States democracy and electoral process, because we don’t know any better. Of course, he did take some time during his speech to go ahead and bash former President Obama for allegedly not doing enough about Russia’s interference, but overall, again, Donald Trump gave the impression that he is a child, a child who has somehow assumed a leadership position, a child who’s in a position to go overseas and represent the United States.

And just like his first overseas trip, this one got off to a horrible start, and it’s not looking much better. Probably the worst sign of Donald Trump’s entire trip was when he got off the airplane and went the complete opposite direction from literally everyone else that got off the plane. There was a car, a limo, had the American flags on it. That’s where he meant to go. He went the other way. He doesn’t know what he’s doing. He’s not paying attention. He is certainly not the kind of person that we need out there in the rest of the world showing people what America is like, because right now that’s what he is. He’s not just our president, he is our representative to the rest of the world, and that should embarrass every one of us.