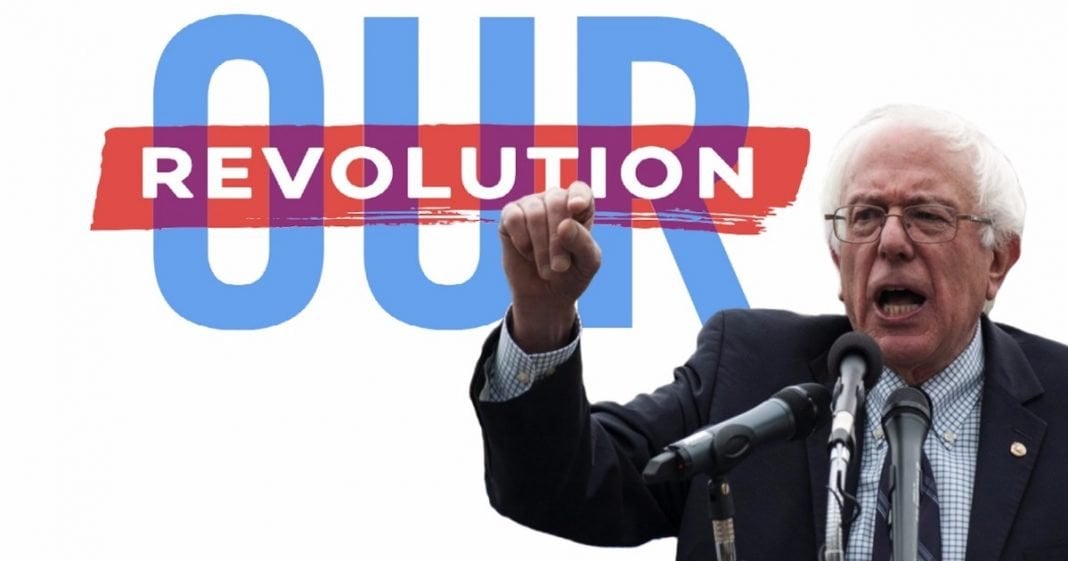 Our Revolution has organized a nationwide effort to halt the Republican healthcare bill in a series of sit-ins to “save health care for millions of Americans.”

The progressive group which emerged from the momentum behind Senator Bernie Sanders in 2016 plan to take “nonviolent direct action” across 21 states today in order to continue momentum created by similar efforts held by disability groups last week.

(THREAD) Tomorrow progressives are joining together for #SitInSaveLives nonviolent direct action in 21 states to stop the GOP repeal bill. pic.twitter.com/aYo1A6rT8d

Our Revolution isn’t pulling off this feat alone; as they noted in a press release issued on Wednesday to announce their intentions, they will be joined by many progressive groups including Democratic Socialists of America, the Working Families Party, and Democracy Spring, among many others.

The group of organizations plan to conduct sit-ins at the offices of specific Republican senators in 21 states across the nation in order to pressure them to oppose or continue opposing the latest Senate version of the AHCA.

“[The groups] will join forces to sit-in at offices of Republican Senators in 21 states demanding that they vote no on the Better Care Reconciliation Act.”

Last week, disability rights groups held similar sit-ins at Senators’ D.C. offices. The peaceful residents created a media frenzy when they were made to leave the offices by Capitol police, creating a disturbing imagery of severely disabled Americans being literally carried away.

To increase interest in the planned events, Our Revolution issued targeted tweets following their announcement, estimating how many state residents in Florida, Arkansas, Colorado, and more would lose healthcare under the new bill.

The GOP bill will deprive 2,086,500 Floridians of care. Go to Sen. Rubio’s offices & demand he vote NO. https://t.co/lgFcvfXW7j pic.twitter.com/YzezG4fOI2

The efforts will be documented online through the hashtag #SitInSaveLives.