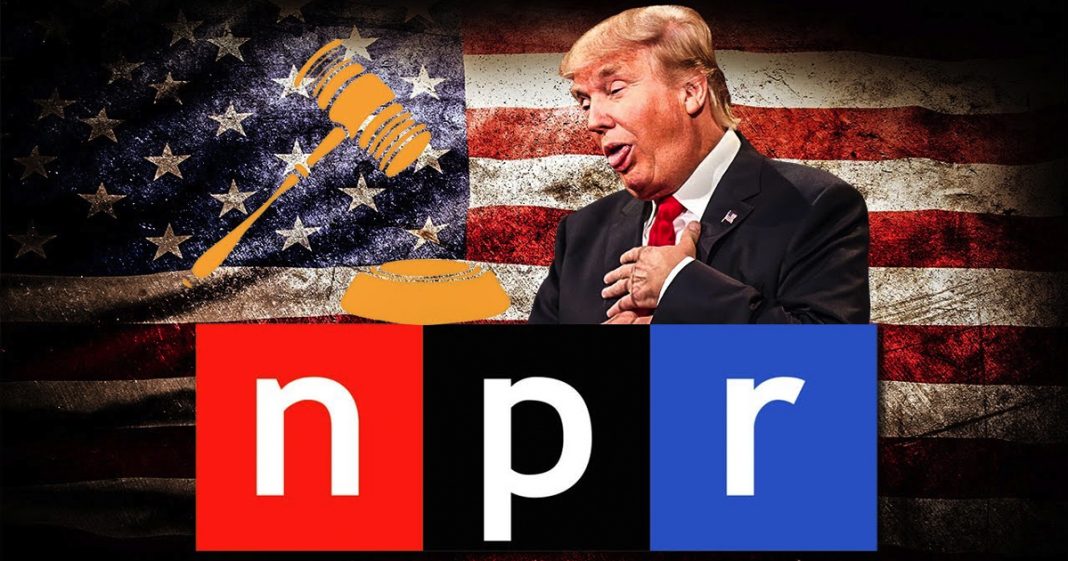 In a very telling show of intellectual abilities, conservatives were aghast on the 4th of July when the NPR Twitter account tweeted out, piece by piece, the Declaration of Independence. Trump supporters thought it was a call for a revolution against Donald Trump, and many believed they were simply spouting off leftist propaganda. Ring of Fire’s Farron Cousins discusses this.

On Independence Day this year, the NPR Twitter account decided to tweet out the Declaration of Independence 140 characters at a time. Now, typically NPR will read the Declaration of Independence on their radio show every Fourth of July. This year they decided to go ahead and incorporate Twitter and tweeted it out to all of their followers. And, predictably, Republicans absolutely lost their minds believing that NPR was somehow calling for a revolution, for people to take up arms against the Trump administration. Many people said that NPR was simply tweeting out propaganda. Many begged them to just stop, please stop. You’re calling for violence against the president. Few of these Republicans understood that NPR was tweeting out the Declaration of Independence, which pretty much is the entire reason the Fourth of July holiday even exists. These people were so low information that they didn’t understand the patriotic act that NPR was doing on the Fourth of July.

Instead, they were triggered. They thought it was some kind of personal attack on Donald Trump and Republicans and immediately began getting on Twitter, commenting their little hearts out trying to tell us what a horrible, bad thing NPR was doing. Again, this is disgusting because not only do these people not understand what they’re doing, but the fact that they can’t recognize the preamble to the Declaration of Independence, that they don’t recognize those lines in there, that they don’t understand what is being said … That’s not just an indictment about their mental capabilities, that’s an indictment of the entire American education system. You know, the education system that Republicans currently want to dismantle. When we have that many grown adults who don’t even know what the Declaration of Independence is, that’s a big problem. And it starts with the schools, but it also helps explain why Republicans are so successful with elections.

If these people don’t even know the Declaration of Independence, something that I’m pretty sure every school in the United States teaches, most schools have it on a poster somewhere, if these people don’t understand that, then yeah, they can’t understand complex things like healthcare and national security and foreign policy. That’s why they vote Republican, because Republicans speak to their base. Donald Trump specifically gave his speeches at a fourth grade speaking level. That’s what all the studies showed during his campaign rallies, fourth grade speaking levels. One of the lowest in modern presidential history, and these people still blindly support him because he speaks at their level. He speaks their language. They don’t know what the Declaration of Independence is. They don’t know what it says. They can’t recognize individual lines from the Declaration of Independence, like, “We hold these truths to be self-evident.” I would think most people in this country would recognize that particular line, but they didn’t. And again, it’s an indictment of the American education system. It’s an indictment of Trump voters, but it also gives us a very clear picture into the mental capacity and mental stability of those hardcore, die hard, Republican voters.