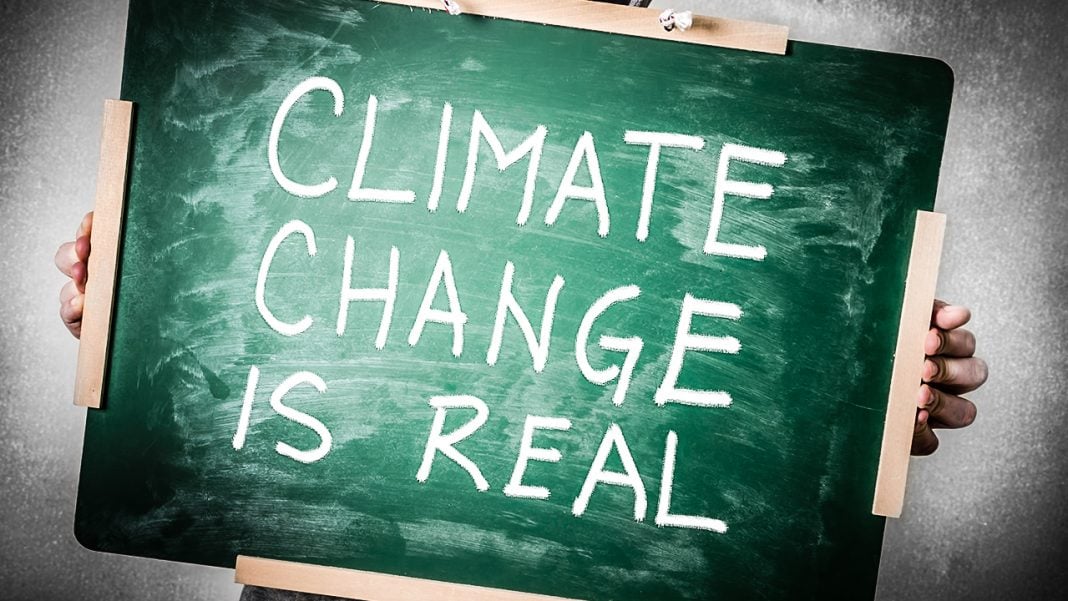 At a recent gathering of the US Conference of Mayors, more than 250 city leaders met to talk climate strategy and how they can protect their cities.  With the federal government turning a blind eye towards climate change and environmental protection, these mayors understand that they have to step up to save their constituents. Ring of Fire’s Farron Cousins discusses this.

Recently, more than 250 mayors from across the United States met in Miami Beach at their yearly gathering of US mayors. It’s the US Conference of Mayors. One of the things they discussed was how in the hell we address climate change when we can’t get the federal government to join in and actually do something about the problem. That’s when the mayors at this meeting, according to a report by the Associated Press, came up with a plan and decided that they, as leaders of their cities, leaders of the areas that will be most affected by climate change, and the ones that are currently being affected by climate change … They are the ones that have to take action and become the national leaders on this issue.

To be honest, that is the one thing that the environmental movement has always been missing: a leader. We have lots of great voices out there, lots of people who take charge, lots of activists, lots of Hollywood stars out there doing their part, but there hasn’t been a leader. There hasn’t been any person to rally behind or any person with a loud enough and passionate enough voice to really get people energized. Rather than one national movement, these mayors have decided we’ll make 250 movements. Every one of them wants to go back to their constituents, to their town … Big, small, coastal, prairie, whatever … And become the leader for that community on the issue of climate change.

One of the possibilities that they discussed was having everyone agree to the fact that they will begin the switch to renewable energy for their cities. Not only would that obviously reduce carbon emissions and everybody’s carbon footprint, but it’s actually going to save your constituents money by getting off of fossil fuels, moving to renewables that are a hell of a lot cheaper to produce. You save people money. You become the hero. You become the rallying point.

Honestly, that is what the environmental movement needs. We don’t need one national figure, we need hundreds of them. We need people that care enough to actually do something about this because the Trump administration has proven time and time again in the five and a half short months that they’ve been in office that they don’t care about this issue. They’re not going to address it. They will do nothing about it, but hopefully, as a result of this recent meeting of these mayors, we’ve got 250 more people out there in the United States willing to take on a leadership position and say, “If the federal government won’t do it, then I will do it. I will protect my city and I will make sure that we are prepared when climate change begins to really affect us. We’re going to do what we can, and we’re going to inspire others to do the same.” That is what true leadership is all about.