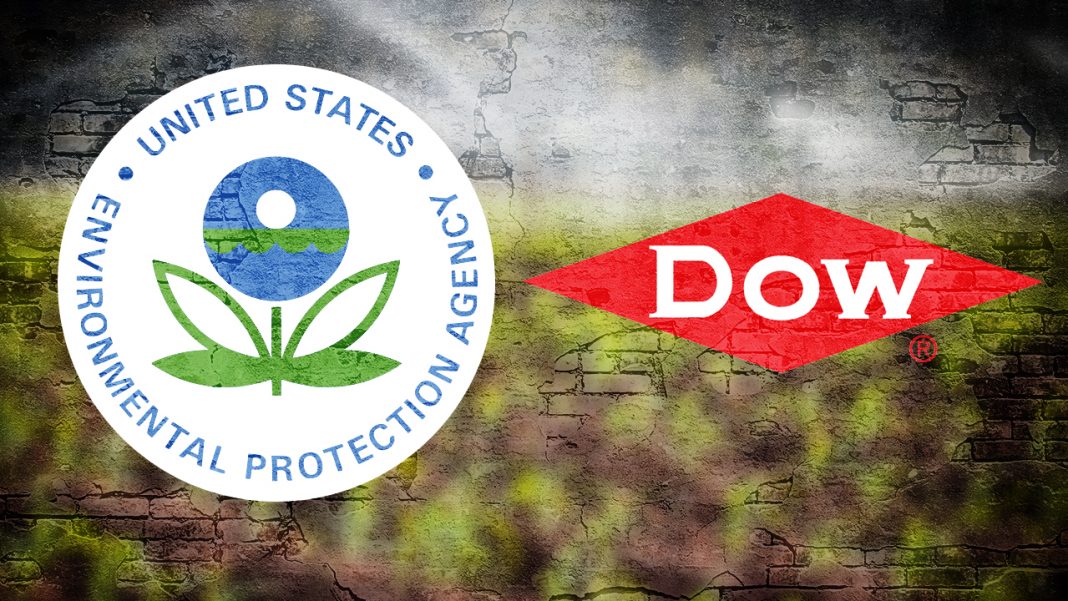 The EPA recently decided to drop a ban on the pesticide chlorpyrifos, even though doctors, experts, and the agency’s own research shows that this pesticide has the potential to kill children in the United States.  As it turns out, this decision was made after the head of the EPA – Scott Pruitt – met with the CEO of chlorpyrifos maker Dow Chemical. Ring of Fire’s Farron Cousins discusses this.

On March 9th of this year, Scott Pruitt, Donald Trump’s pick to be the head of the EPA, who is currently the head of the EPA, met with Andrew Liveris for about 30 minutes outside of a meeting in the state of Texas. Why is that important and who is Andrew Liveris? He just happens to be the CEO of Dow Chemical. About one month after that specific meeting, Scott Pruitt, head of the EPA, decided that he was going to reverse the EPA’s ban on a pesticide known as chlorpyrifos that happens to be produced by Dow Chemical, so one month after spending 30 minutes alone with this guy, he decides to undo a ban that’s been in place for a few decades and the EPA is telling us it had nothing to do with that meeting.

My question, Mr. Pruitt, is then what did you base your decision on if it wasn’t based on a private conversation you had with the CEO of the company who happens to produce this chemical? Was it based on the advice of doctors who tell us that this pesticide is perfectly safe? I’m assuming not, because according to doctors, this pesticide is not safe in any dose for human consumption, specifically women who are pregnant and infants. See, here’s what doctors tell us about chlorpyrifos, this chemical that Dow Chemical produces. Even small trace amounts, when ingested by a fetus or an infant, can cause permanent brain damage, small amounts, and they want to spray this pesticide all over our foods. The EPA in the past, back when we had real leadership there by people who weren’t industry insiders who hated the environment, they said, “No. You know what? Really not worth it. We don’t want to poison all of the children in the United States just so you can turn a profit.”

But Scott Pruitt came along and he changed all that, and he changed all of that because he had that meeting with the CEO of Dow Chemical. Pediatricians across the country are now speaking out saying this is one of the worst decisions that they have seen, because this will ruin the lives of American children, and if children are exposed to this pesticide in large enough doses, it will kill them. Not it might, it will kill them if the dosages are large enough or if the chemical builds up in that child’s body. That’s because obviously children’s bodies are far more fragile than those of grown adults, and that is why it affects them more.

The EPA today thinks that that’s okay. Scott Pruitt thinks that that’s okay. The Trump Administration thinks that that’s okay. So I ask you, anybody watching this who has children, or who knows children, or is aware that children exist, do you think it’s worth it? Are the profits of Dow Chemical more important than any child’s life in this country? The answer is no, they’re not. I’ll go ahead and take care of that for you, but for a party like the Republicans who claim to care so much about fetuses, kind of makes you wonder why they would allow this pesticide to go on the market when it could literally kill those people who they claim so much to want to save.