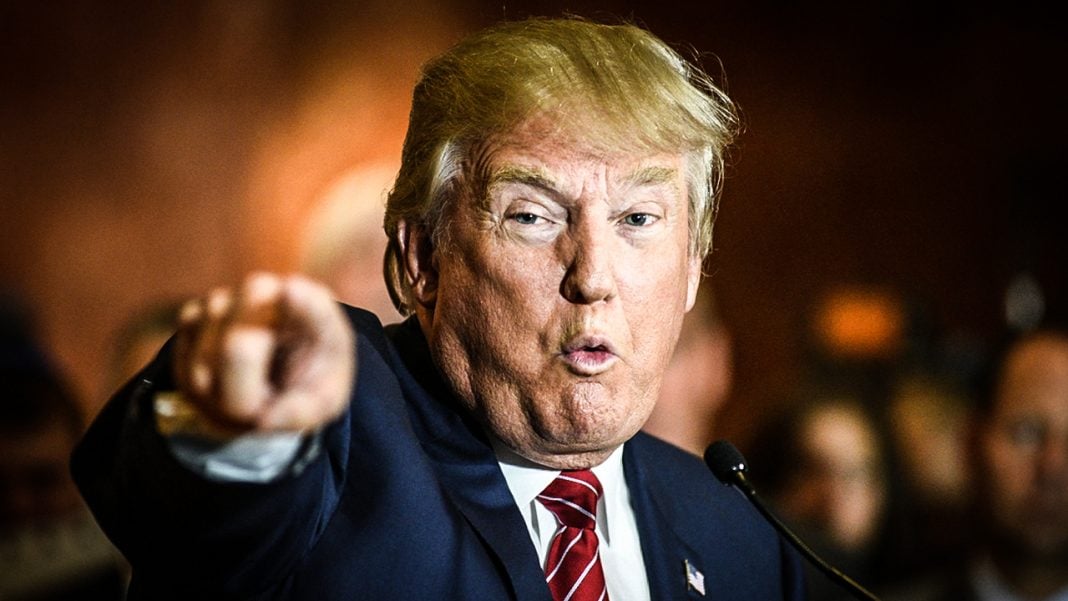 During the Obama presidency, America’s image abroad finally rebounded from the dismal years of the Bush era.  But in just 6 short months, thanks to his arrogance and ineptitude, Donald Trump has plunged America’s image overseas back down towards the Bush numbers.  This is especially dangerous considering the need for allies, business partnerships, and tourism dollars that are necessary for the United States. Ring of Fire’s Farron Cousins discusses this.

Arrogant, intolerant, and dangerous. Those are the three most commonly used words by people outside of the United States to describe current US President Donald Trump. Here is why that is important. During the administration of George W. Bush the American image overseas, the way that people overseas viewed the United States took a massive nosedive. And that was following the overwhelming global support for the United States following the September 11, 2001 attacks. But because of George W. Bush’s decisions to invade Iraq, ignore Osama bin Laden, and go after his little war for oil and basically alienate a lot of our allies, we lost a lot of our global standing.

During the Obama years, took eight years, but that view of the United States finally rebounded to almost 70% of the rest of the world viewing us favorably. But more importantly, viewing our leader as somebody that they look up to. In just six months President Trump has taken those approval ratings and dropped them down lower than they were after eight years of George W. Bush. It took six months for Donald Trump to completely destroy the image that America holds with overseas foreigners. 37 countries were recently polled. Again, those words: arrogant, intolerant, and dangerous. That is what they use to describe Donald Trump, which is reflected throughout the whole United States now.

Why is this important? Why should we care? Well, if you care about the economy, if you care about having allies, if you care about general standing in the world reputation, people looking up to us, then this matters greatly, but nowhere more so than the economic argument. Travel agents and people in the travel industry are already terrified. They’ve been speaking out for months about what Donald Trump is doing to their industry. Foreign travel to the United States is a multi-billion dollar a year industry, and they are losing money because people don’t want to come to the United States now because of Donald Trump and his supporters.

While I know his supporters don’t care about that, you know, “Make America great again,” that loses a lot of money for everyone. That’s a lot of economic activity that suddenly disappears. We have to have that. Tourism is vital for most parts of this country. Without that money, jobs dry up. Ripple effects all throughout the economy as the money disappears. We need that.

On top of that, it hurts us with business development overseas. You know 71% of those 37 countries polled for this say that the United States decision to pull out of the Paris Climate Accord is “Going to hurt us greatly.” What they mean is not just in terms of climate change, but business investment. It’s going to cost American energy producers. Those fossil fuel companies that we shouldn’t really be concerned about anyway, they’re not going to be able to sell their goods overseas. While that’s actually good for the environment, it kind of hurts our economy a little bit as well because people do work for them. And since we’re not investing in renewable energy here in the United States we don’t have any backups at the moment. So, it’s going to hurt the businesses. It’s going to hurt the workers. It’s going to hurt the economy. It’s going to hurt our ability to come up with allies for all these other countries that Donald Trump is currently pissing off.

But hey, who cares, right? We’re making American great again. We don’t want people coming to the United States anyway. Isn’t that right, Republicans? We want to ban them. We want to build walls. Well, that doesn’t work. Your arguments against foreigners, in favor of the Muslim ban, in favor of the wall, that is why the rest of the world is looking at us with such contempt right now, because it’s not just Trump. It’s all the people out there that still support him.