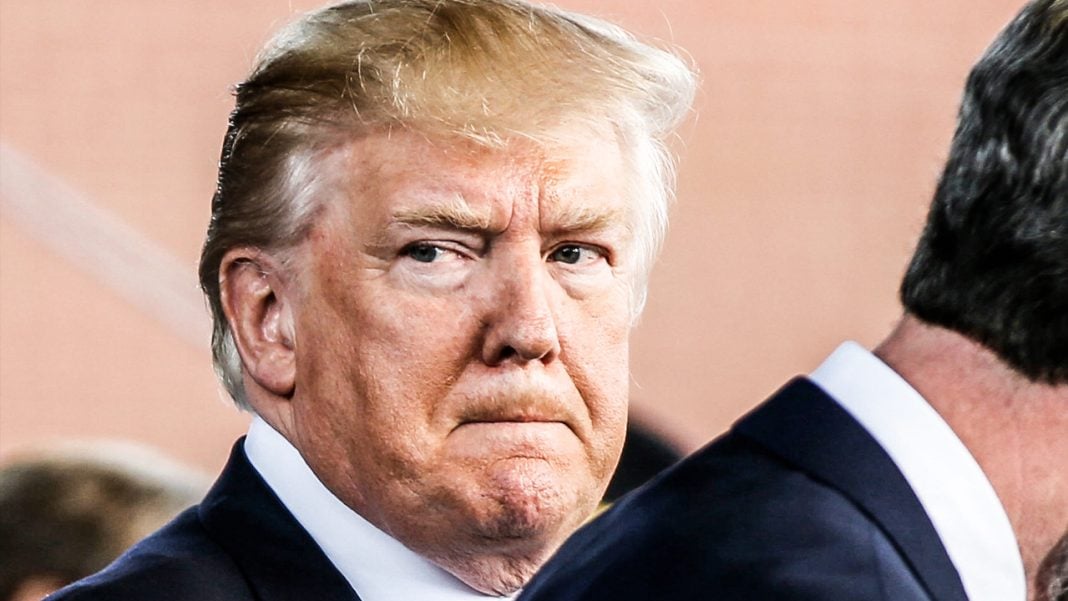 Donald Trump and his legal team have come up with a new excuse, a new legal defense, for why President Trump continues to violate the emoluments clause of the US Constitution. According to them, the president is actually allowed to violate the US Constitution. Who knew? Wow. That … Absolutely mind blowing there. I mean, hell, Obama could have been doing so much more as president if only he would have realized that the Constitution doesn’t apply to him.

Of course, that’s obviously not true. If you are a United States citizen, the US Constitution applies for you. It doesn’t matter if you’re the president or if you’re homeless, you get the full protection and consequences of the United States which, if Donald Trump is out there saying this and his legal team’s not out there saying that it’s not true, I have to wonder if these people that he has representing him in three separate lawsuits that have been filed against him for violations of the emoluments clause, have these lawyers ever been to law school? I mean, did they go to US law schools, too? Do they understand US law? Because if your client is out there saying the Constitution doesn’t apply to me, well, it’s kind of an admission of guilt, right? He’s saying, “I did it but the laws don’t apply to me, so whatever. Yay.”

If I were one of his attorneys, and thank God I’m not because I didn’t go to law school, I would be telling him, “Can you please, for the love of God, stop talking? Your biggest liability right now, Mr. President, is your mouth, so shut up. You know what? Delete your Twitter app, too. Go ahead and just get rid of that as well.”

Donald Trump is currently facing three separate lawsuits for violations of the emoluments clause. For those who are not familiar, the emoluments clause says that a president shall not receive any monetary financial gains from any foreign dignitaries, which, of course, he has violated by encouraging foreign dignitaries to stay in his Trump owned properties, which they have to pay for and the money goes back to Donald Trump. He did it with Mar-a-Lago.

He also, according to the emoluments clause, is not allowed to receive any kind of financial benefit from the Office of the Presidency other than his yearly salary, which, of course, he is because the secret service and other government agencies are having to lease property owned by Donald Trump in order to serve protection and other various functions. So, yes, very clear violations of the emoluments clause. Not necessarily something that’s going to get him impeached, but something that should make every American look twice about what this president is actually doing and why he wanted to be president.

That’s what’s at the heart of this, folks. Donald Trump didn’t want to be president because he wanted to make a difference. He wanted influence and he wanted more money. Even power, for a guy like that, isn’t necessarily as important because he had power. When you’re a billionaire in the United States, you have a hell of a lot more power than the president. But Donald Trump just wanted more money. He knows that the Koch brothers have way more money than him and it pisses him off. So, he wanted to use his office, maybe kind of, you know, close that gap a little bit more between himself and the Kochs and Sheldon Adelson and the Gates family, but it’s not going to happen.

Donald Trump’s presidency is actually hurting his brand and that is one of the best things we can hope for from this because we know that Donald Trump isn’t going to enact any policies that are going to help 99% of this country. So, the best we can hope for is a little bit of schadenfreude where he, himself, ends up losing money because he’s been such a disaster for the United States, the citizens of the United States, and the US economy.

But as for his legal defense here, that the Constitution doesn’t apply to him, I think the bigger question is have you ever even read the Constitution, Mr. President, that thing that you swore to uphold and protect? Maybe you need to take a better look at that and understand that, you know what, it actually does apply to everybody and when you’re president, when you’re in a position of power, people are going to hold you even more accountable, to make sure that you don’t violate that thing that you swore to protect.