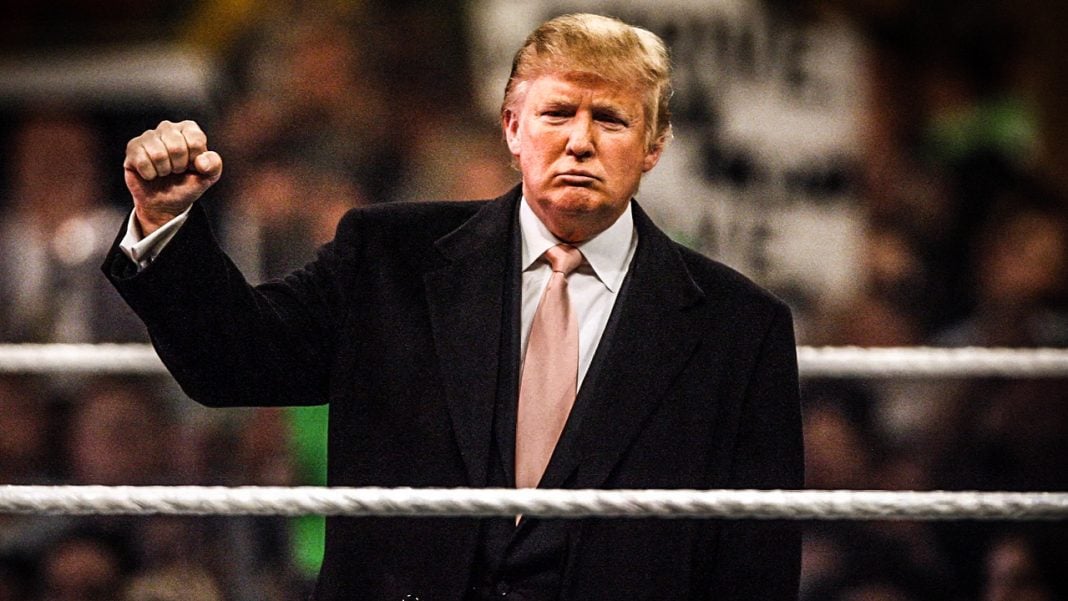 According to the latest polls, Donald Trump is losing support among America’s millionaire class, which won’t bode well for his re-election bid.  The polls say that America’s wealthy elite are concerned that Trump will tank the economy and decimate their personal fortunes before the end of his term. Ring of Fire’s Farron Cousins discusses this.

According to the latest polls, Donald Trump is actually losing support, not just amongst the broad base of American citizens, but among one of the most key demographics for the Republican Party itself. That demographic just happens to be millionaires. As most of us know, most millionaires in this country tend to support Republican policies because those are the ones that benefit them the most. And to be honest, if anybody in this country has any business voting for Republicans, it is the people who would benefit the most from these policies. But according to the latest polls, even amongst those polled 45% said they voted for Donald Trump. These are people making more than one million dollars every year. And now they say that they have lost faith in the President of The United States. The man that they voted for, the man they helped put in office. They simply don’t trust him anymore.

And again, mostly for selfish reasons. According to the poll, these millionaires, and I guess some of them are billionaires, are scared because they believe that Donald Trump is leading the government into a new era of disfunction, and that could have grave economic impacts on these people’s personal fortunes. See, they’re not worried about the everyday man. They’re not worried about the mother who is going to be kicked off of her health insurance plan and who can’t got to Planned Parenthood and get low-cost healthcare. They’re not worried about the children who are losing food stamp benefits. They’re worried about themselves. They don’t want Donald Trump to cause another market crash that’s going to lose them their entire fortunes. I don’t want to be rude to these people. They work, they make this money, they’ve earned this money I guess.

But at the same time, we can’t continue on with this selfish way of thinking of, “Oh my god, this, this hurts me. Now I’m concerned.” There are people all throughout this country, Republican, Democrat, rich, poor, who are suffering under the effects of Republican rule. And to be honest, it’s not from Trump himself, it’s from the way that Republicans themselves govern. Trump is a symptom, not the disease. That’s important to remember. And when Republicans are worried about Republicans crashing the economy, it’s because they remember what happens when we enact Republican policies. Right now our Republican leaders in Washington D.C. are trying to push through a tax reform package that is almost identical to the one that George W. Bush pushed through that cuts taxes for these millionaires, and they understand they’ll make more money from that.

But it also helped to tank the economy because in addition to that, they enacted massive deregulation during the Bush years, which they’re also doing now. And they understand that that leads to rampant fraud, abuse, mismanagement, and eventually a crash. It happens every time, folks. And that’s what these millionaires are starting to worry about. They’re scared that they’re going to lose their personal fortunes because Republicans do not know how to govern. They want the tax breaks, they enjoy the tax breaks. That’s why they donate so much money to Republican candidates. But as it turns out, once Republicans are in a position to start actually enacting this legislation, the millionaires start running scared. They have to own up to their mistakes too, though. They have to understand that they did this. They put these people in office.

They’ve been funding these campaigns. They hold their fundraisers with their rich friends. They don’t care when the rest of us get screwed. They don’t care when the housing market collapses and people can no longer afford average homes. That doesn’t affect the wealthy. But when the policies finally start to get so bad that the millionaires are running scared, then suddenly we have to do something. We have to fix it. It doesn’t matter if Republican policies get so bad that they hurt millionaires. What’s important right now is that everybody is suffering under Republican policy and that’s the way they’re designed. There’s nothing good that comes out of this. When we look at what they’re trying to do to the underclass and to the middle class, why should we care what’s happening to the upper crust of the United States?

They didn’t seem to care when we were being told our healthcare was going away, or that our food stamp benefits were disappearing, or that Planned Parenthood was going to shut down because they weren’t going to fund it anymore. Why should we care if the stock market crashes, which most of us don’t have money invested in anyway, if it’s only going to affect the millionaires? If they don’t back us up, we won’t back them up. And that is the lesson that they need to learn from all of this.