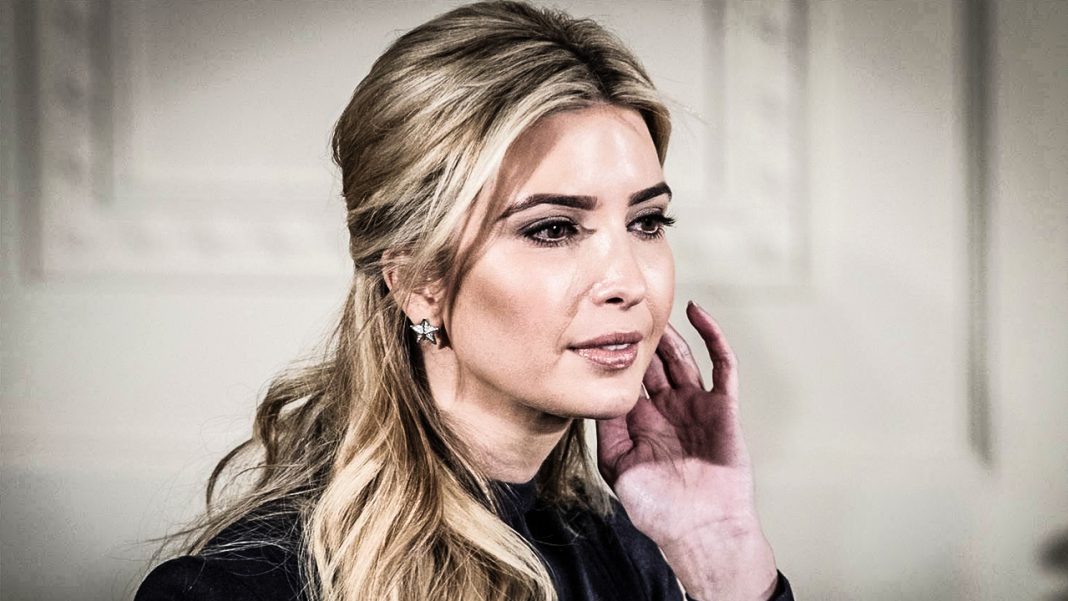 According to a report by The Associated Press, Ivanka Trump’s brand of clothing and shoes are still being produced in a Chinese factory with conditions that are akin to those of a sweatshop.  Employees are being paid far below the required wages and forced to work long hours in dangerous conditions. Ring of Fire’s Farron Cousins discusses this.

According to the latest reports from the Associated Press, Ivanka Trump is currently still having some of her brand-name clothing and apparel and shoes produced at a Chinese factory whose conditions are basically those of a sweatshop. According to this newest report, the Associated Press spoke with one current and two former employees at this factory where they make Ivanka Trump’s brand of shoes, along with a lot of other different brands who have shoes made in this factory as well.

All three of the workers that they spoke to discussed an incident that took place last year where one worker was smashed over the head with the sharp end of a high-heeled shoe and was profusely bleeding from his head. That is just one of the many human rights abuses that have taken place at this factory that Ivanka Trump, at least as of May of this year, was still using as her main supplier for her footwear.

Other abuses reported by these people and reported by China Labor Watch include employees being forced to sign false pay stubs showing that they were being paid more than they actually were. According to reports workers in this factory are paid about 80% to 90% less than the livable federal mandated wages that the Chinese government has imposed for this particular reason. They’re also forced to work sometimes well past midnight after beginning their day at 7:10 a.m., so workers are putting in a good 17 hours a day, forced to meet quotas of about 30,000 shoes per production line. This is what Ivanka Trump and many other retailers, Ann Taylor, Jessica Simpson, BCBG, lots of other different places get their shoes from this one particular factory.

But this is what they see as okay. This is what we as American consumers turn a blind eye to when we go shopping for the most part. I know a lot of people try to be conscious about what they purchase and where it comes from, but at the end of the day, we don’t know the full extent of what we’re doing.

But here’s the thing. This factory where Ivanka Trump gets her shoes produced at has been under investigation for well over a year. In fact, last month three people who were investigating it were actually arrested and detained for 30 days. According to the Chinese government, they were accused of using illegal recording devices to steal trade secrets, when in actuality they were trying to determine what kind of sweatshop-like conditions these workers were being forced to work under.

Ivanka Trump, as the daughter of the sitting President of the United States, should be held to higher standards. After all, her father is the one who says that he wants to bring American manufacturing back to the United States. Well, that’s fantastic. How about just start with your own companies? How about Ivanka gets out there and starts with her own companies? Could that raise production costs? Yes. Is it worth it to not have people living in these kind of conditions where you pay them $1 when they’re supposed to be making $5 an hour? Yeah, it is, and we as consumers also have to accept that. Sometimes, in order to save people’s lives and get them out of these hellish conditions, we have to be able to say, “no.”

This story actually goes a little bit far beyond Ivanka Trump, and it stretches really to all of us, but at the end of the day, the ultimate responsibility really does fall on those people who are using sweatshop labor like this, people like Ivanka Trump. They have to be held accountable. She may not be over there committing these abuses, but I refuse to believe that these people don’t at least have some kind of inkling as to what’s happening at the factory where their goods are produced. If they don’t know about these, then I would think as a shareholder, I would be more concerned about the fact that the CEO doesn’t understand what’s happening at these factories, factories that are producing goods that have this person’s name, Ivanka Trump, stamped onto every product. That shows gross negligence if you ask me, and Ivanka Trump somehow, some way needs to be held accountable, as well as all of these other companies who are using sweatshop labor to produce goods to be sold in the United States.