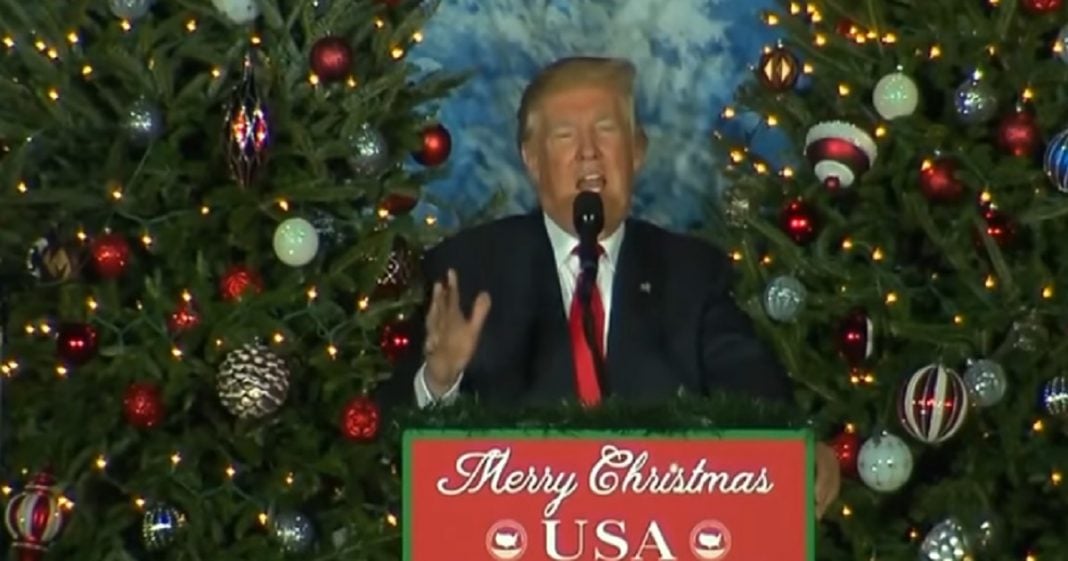 While most of the country suffers through the sweltering heat of summer, made worse by global warming, President Donald Trump is busy looking forward to the cooler temperatures of winter and the politicizing of Christmas that is sure to come.

During a veteran’s event held in anticipation of the Fourth of July, Trump brought back an oldie but a goodie when he assured those in attendance that under his rule, America would be sure to start saying “Merry Christmas” again.

The event, “Celebrate Freedom,” was held at the Kennedy Center on Saturday. Trump’s remarks featured the bizarre Christmas throwback a full six months ahead of the holiday.

“I remind you that we’re going to start staying ‘Merry Christmas’ again.”

Does he mean right now? Right before the Fourth of July? Honestly, that’s just un-American.

Of course this isn’t the first time that Trump has made such strange promises. During both the campaign and in the aftermath of his election win, Trump made sure to pander to his religious right followers by feeding into their paranoia that Christmas was under attack.

But according to Trump, that piteous attack on Christianity’s most prestigious holiday will now come to an end. Not only will we be saying “Merry Christmas” to every man, woman, and child in America in December, but we can get a head’s start right now.