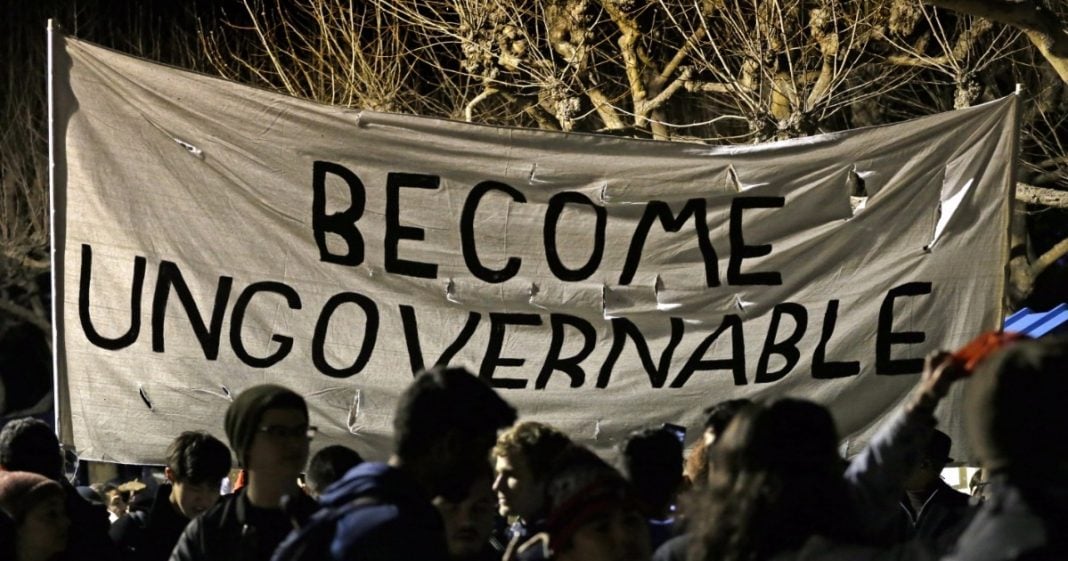 Over and over again during the most chaotic moments of Trump’s presidency, we have seen the power of passionate, unified protest. Whether it be the travel ban or the ongoing debate over Trumpcare, when people show up, march around, and make it clear they won’t be silent, lawmakers and leaders have to listen.

You may have heard about a large number of protests being held in and around Senators’ offices last week, groups of visibly disabled Americans staging sleepovers in the office of their Senator, urging them to vote against the latest version of Trumpcare.

Their motive was clear: the latest draft of the AHCA on which the GOP was seeking to hastily vote would drastically cut medicare, leaving many of them and many of their friends with sub-par or non-existant healthcare.

After having promised to leave Medicare and Medicaid intact, Trump is supporting legislation which would not only leave more than 20 million Americans uninsured, but attacking the vital programs he promised to preserve.

The small groups of protesters made headlines. Not for acting violently or outrageously, but for the shocking image of seeing severely disabled Americans, carried from the office of their Senator by police. These Americans are literally fighting for their lives while their elected officials plot to pass partisan legislation.

Stunningly, these protests worked. While the GOP is sure to continue to pass the most diabolical healthcare available, there was no vote held, and Mitch McConnell postponed the previously pushed vote until after the 4th of July holiday.

Just like during the travel ban, these organized protests were able to draw attention away from the large number of political spectacles and onto what really mattered – this legislation.

As a result, people took notice and began calling their Senators. In turn, those Senators expressed reluctance to support the legislation, fearing their re-election bids. That reluctance translated to a lack off confidence for McConnell, and pushed the vote off to another day.

Not winning the war, but winning an important battle for a group of Americans who so often are made to feel powerless.