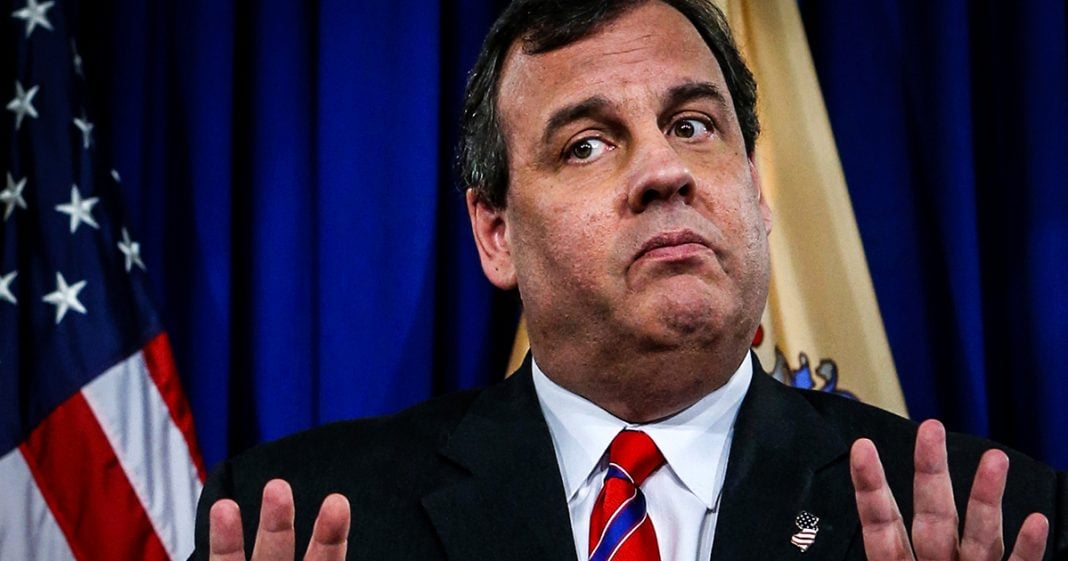 Over the weekend, New Jersey Governor Chris Christie, who currently enjoys a 16% approval rating in the state, was spotted with his family lounging on a beach that he had closed.

Thanks to the failure of lawmakers to establish a budget for the state, the Governor had ordered a state shutdown. Unfortunately for those hoping to enjoy the warm weather for the Fourth, that meant beaches would be closed as well.

And yet, on Sunday, the closed beach is where Christie could be found, flanked by his family on the long stretch of lonely sand.

The reviled governor’s decision to so flagrantly display his privilege while residents of his state were denied access was universally condemned. To most, Christie might as well have said “let them eat cake,” for the concern his use of the beach showed to residents who so strongly dislike him.

It appears that the level of dislike residents have shown to Christie gave his very own Lieutenant Governor the courage to speak out against him, expressing her disgust.

Lt. Gov. Kim Guadagno issued a tweet on Monday in response to photos of Christie flopped on the sand.

“It’s beyond words. If I were gov, sure wouldn’t be sitting on beach if taxpayers didn’t have access to state beaches.”

It’s beyond words. If I were gov, sure wouldn’t be sitting on beach if taxpayers didn’t have access to state beaches https://t.co/VBtBpoUUkv

Guandagno linked to a longer Facebook post in which she called for Christie to end the shutdown so that small businesses and normal New Jersey residents could return to business as usual.