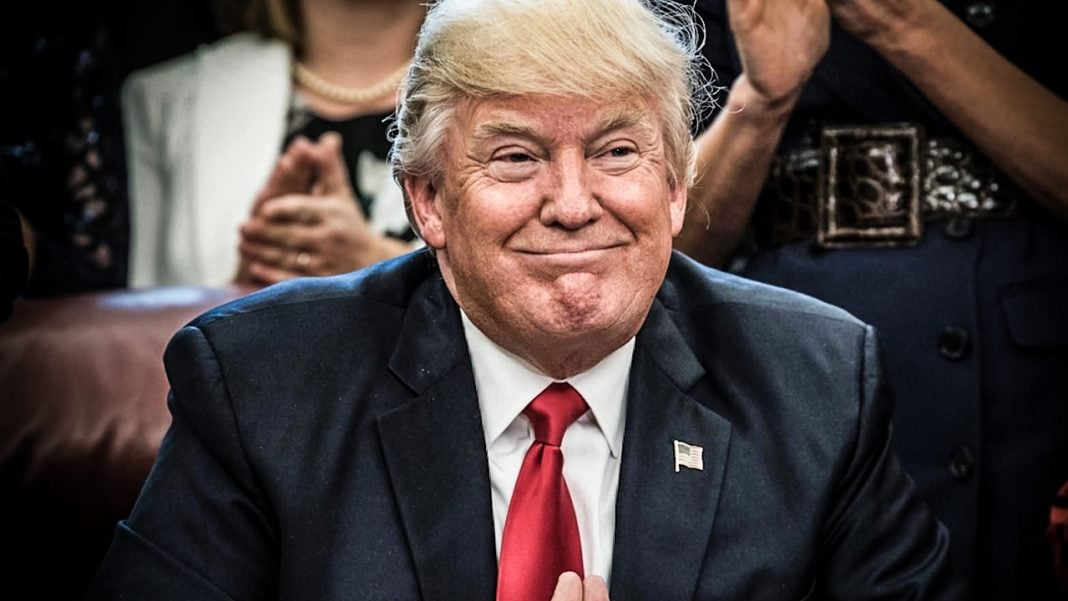 A former top corporate crime watchdog at the U.S. Department of Justice resigned in June, and after weeks of silence, she finally came forward to explain why she left.  According to the official, her job had become too difficult under Donald Trump because she was supposed to be investigating companies who were guilty of the same alleged crimes that her boss was clearly committing. Ring of Fire’s Farron Cousins discusses this.

Earlier in June, the Justice Department’s top corporate crime watchdog resigned from her office without really giving the public any kind of explanation as to why she left. Well recently, she decided to speak out, and the woman in question, Hui Chen, who has been a prosecutor for many years, most of her career before joining the Department of Justice, said that she could no longer perform her functions of trying to hold corporations accountable, trying to prevent and prosecute fraud, when she saw the Trump administration doing the exact same things that she was supposed to prosecute others for doing. In short, Donald Trump was so corrupt and so disgusting in both his ethics and his way of governing, that she couldn’t properly do her job. She couldn’t live with the guilt of working for this man who was basically, according to her, committing crimes and not being held accountable. She felt like she could do better on the micro-level going back into private industry and working with corporations to make sure they are not breaking the law.

She also implies during her coming out publicly that the Justice Department attempted to muzzle her and prevent her from coming forward with these accusations against Donald Trump. Now that seems incredibly likely, however we only have the one side of the story so it’s impossible to say whether or not this is true. But what we do know is that Ms. Chen’s resignation, her morals, her standards, are something that we do not see enough of in Washington, D.C. today. Donald Trump, by most stretches, is bordering on criminal behavior with what he’s doing, and not just with the collusion thing. I’m talking about the Emoluments Clause. I’m talking about the threats he makes towards public officials, defamation, slander, things like that. They are crimes, obstruction of justice.

Those are things Donald Trump has done since becoming president of the United States, and so far too few people are working to hold him accountable. Now I know we’ve got that special prosecutor on the whole Russia thing. Whatever. There are other very real, easily provable crimes that President Trump has committed since taking office that we could go after. We don’t need a special prosecutor for those things. We have witnesses like Ms. Chen from the Justice Department. People who are willing to come forward and say, “This is what I’ve seen. This is what he did. This is what the law says.”

But until we go after those avenues and stop barking down these ones that are going to take a year or two to really complete, we’re going to be stuck with this guy. We’re going to be stuck with him continuing to abuse the power of his office, use his office to get rich. Right now, he’s about to go on a world tour where he’s going to meet with Vladimir Putin and discuss North Korea and what to do about it. I can promise you there is no way that conversation is going to end well for the United States military. It’ll be great for the military industrial complex, but for the military itself … the men, women who serve in that military … it’s going to be a disaster. And it’s going to continue to be a disaster until this man is removed from office. We have evidence here. All we need is a prosecutor willing to come forward and start making it happen.