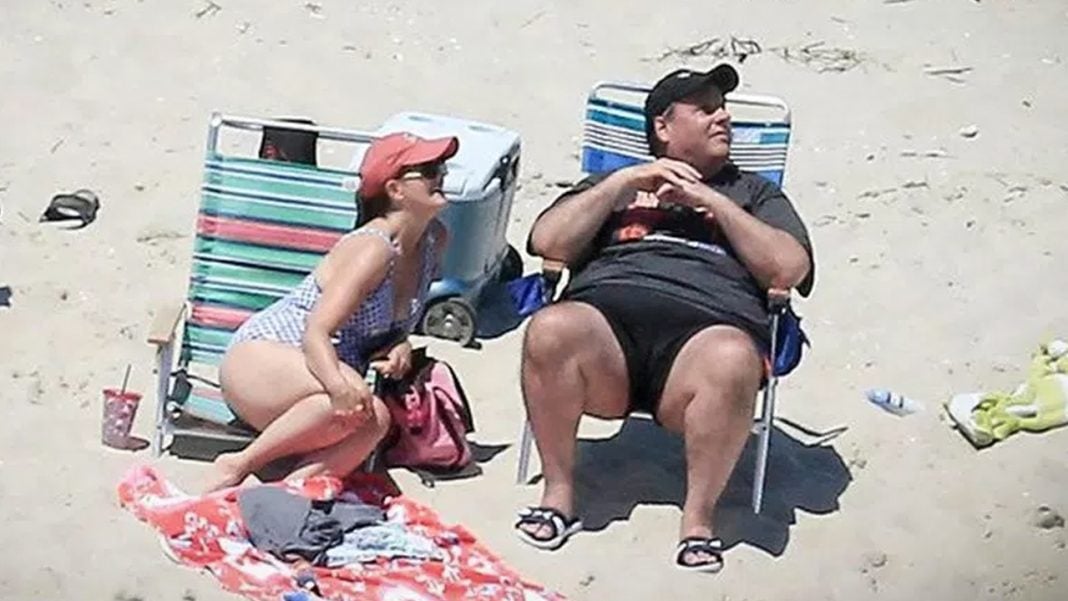 As part of an ongoing budget showdown, the government in New Jersey has officially shut down, which includes all state-owned properties like the beach.  But that didn’t stop Chris Christie and his family from enjoying a nice, quiet day at one of those shut down beaches that are off limits to the public. The man has clearly just stopped caring about anything at this point. Ring of Fire’s Farron Cousins discusses this.

This past Fourth of July weekend as millions of American citizens decided to go on a very long vacation in anticipation for the Fourth of July on Tuesday, everybody was wanted to head to the beach, right? Well, that’s perfectly fine unless, of course, you happen to live in New Jersey. See, New Jersey is currently in the middle of a government shutdown, which means all state owned public beaches are closed to the public. Nobody is allowed on or off of those beaches. It is shut down until the Democrats and Republicans in New Jersey can come to an agreement on the budget bill that has led to this government shutdown.

Well, I can’t say the beaches are completely shut down, because as it turns out, New Jersey governor, Chris Christie, took his family to a closed beach this weekend where he was allowed to have his own private island, essentially, and not worry about anyone coming up to bother him about not doing his job as the governor of New Jersey and enjoying a perk that he has literally taken away from millions of residents in the state of New Jersey. Now, Chris Christie initially tried to deny that he even went to the beach this past weekend. As it turns out, photos emerged that showed him very clearly on a beach. Now, his office tried to spin this as … Well, the question was asked of him, “Did you get any sun this weekend?” Of course, he didn’t because he was wearing a hat. That was his defense for lying to the public. “I was wearing a hat.” That’s what’s happening, currently, in the state of New Jersey.

Here is why this is an important story for everyone. It’s not just Chris Christie being a jackass or being a hypocrite. It is the least popular governor in the United States, as of today, taking advantage of his state, of his office, screwing over the average people, and more importantly, nobody caring. You see, the reason Chris Christie did this is because he knows he can get away with it. CNN ran a story this morning that said, “Chris Christie’s move clearly shows he doesn’t care anymore.” Well, yeah, and why would he? Republican voters aren’t going to hold him accountable. I mean, look at Donald Trump. Look at the Republicans in charge of Washington DC. They get away with whatever they want to because the public doesn’t pay enough attention, and when the time comes to be able to hold them accountable, they fail. You can’t tell me that they don’t.

Paul Ryan should not have a job today. Okay? Paul Ryan should not be somebody in politics, neither should Mitch McConnell. Yet, they continuously win reelection. Why? In spite of their overwhelming disapproval ratings, it’s because the public forgets. The public doesn’t pay attention. That’s why Chris Christie is able to shut down the beaches in New Jersey and have them all to himself, because at the end of the day, the voters are going to forget, they’re going to move on. Maybe Christie even thought that this would show Donald Trump that he’s just like him. He can take advantage of his office too, so maybe he’ll give him a job.

It’s up to the voters, really. I mean, if you get so upset about politicians doing these kinds of things, like Christie shutting down beaches, but still going to them. Republicans trying to strip you of your healthcare. You do have an option. Okay folks? You can vote them out. Until you do that, until you realize that you have the power and not them, they’re going to keep taking advantage of us at every possible opportunity.