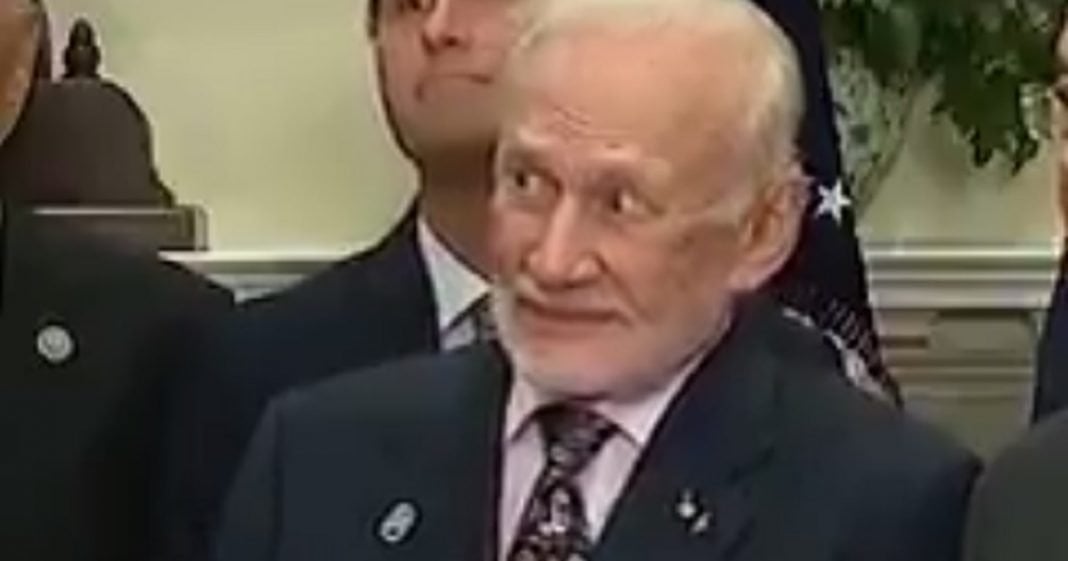 On Monday, President Trump hosted astronauts and NASA scientists at the White House to celebrate the official relaunch of the National Space Council with the expressed goal to land a man on mars.

While scientists and space-heads alike are delighted to have a White House once again interested in space travel, actually hearing Trump talk about space was a gross reality check.

In attendance was one of the first men on the moon, Buzz Aldrin. The outspoken astronaut had a hard time controlling his judgmental facial expressions as Trump thanked “space” for advancements here on earth.

Buzz Aldrin is thinking about the vast space between 45th’s ears⬇️⬇️⬇️???? pic.twitter.com/GCabMUe16z

Trump, addressing the crowd while flanked by some of the country’s most accomplished scientists, simply said,

“At some point in the future, we’re going to look back and say how did we do it without space?”

How did we, indeed?

Trump appeared to be referring to national security when he said “it,” but even in that case, what does he think is going to happen, Star Wars?

Aldrin has been to too many floating rocks and done way too much in his long life not to have earned a well-placed look of disbelief standing by a man far inferior to himself.