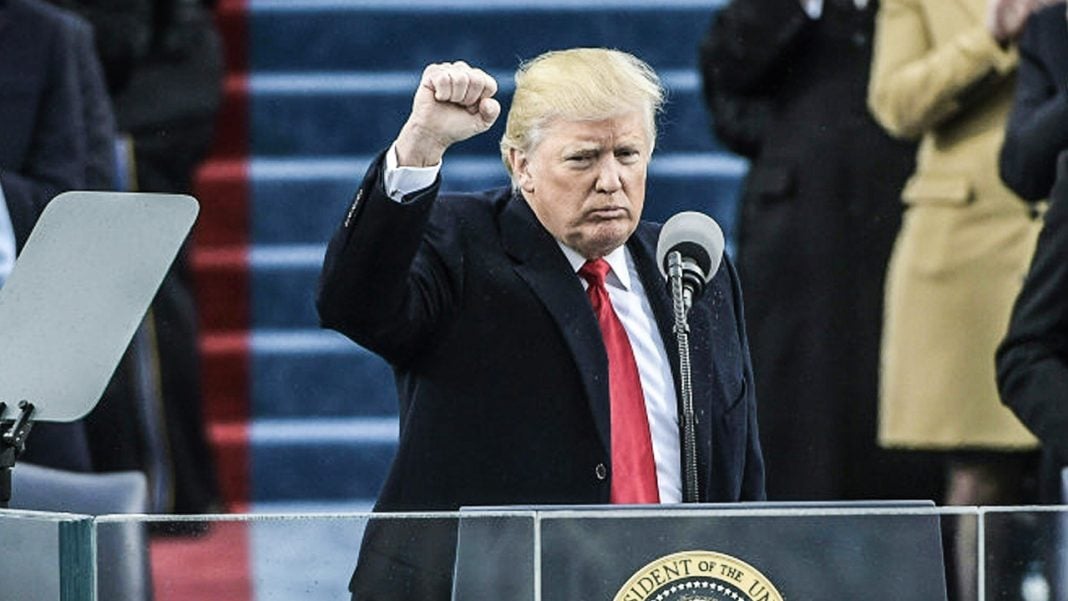 After Donald Trump’s claims that his inauguration crowd was bigger than Obama’s fell flat, the Office of Inspector General was forced to launch an investigation to prove Trump’s claim.  This investigation was done at taxpayers’ expense, and it proved that Trump’s crowd was about 8 million people less than Obama’s. Ring of Fire’s Farron Cousins discusses this.

Immediately following Donald Trump’s inauguration on January 20, 2017, he and his team came out and said this was the biggest inauguration in history. Well, as anybody who saw the photos could easily tell, no, it in fact was not. So the Trump administration did what became a hallmark of their administration and they accused the national park service of actually editing the photos, doctoring the photos to make the crowd look smaller than it actually was. And, as a result of those accusations, the office of Inspector General had to launch an investigation at the expense of U.S. taxpayers because that’s what pays for all of this, to find out if anybody did doctor those photos to try to make Donald Trump look bad. Look like people didn’t show up to his inauguration. Well folks, the results are in and it turns out, no, nobody doctored those photos. Donald Trumps inauguration crowd really was the size as shown in those photos. They lied about them being doctored. They lied about him having the biggest inaugural audience ever and that’s the end of that taxpayer funded investigation.

Donald Trump has is preoccupied with size. Always having to be bigger. Like during the campaign, he got accused of having tiny hands. I’m sure there are plenty of Freudian psychologists who would have plenty to say about Donald Trumps preoccupation with size and I’m pretty sure most of us understand what that means, in terms of what kind of person Trump actually is. But the bottom line is that we just paid for Donald Trump to prove what we already knew. That was, that more people showed up to Barack Obama’s inauguration than showed up to Donald Trump’s inauguration. He also said that the ratings on TV were through the roof. Well it turns out only 30.6 million Americans tuned in to watch his inauguration and more than 38 million tuned in to watch Obama’s inauguration.

So, there you have it Trump. Nothing about you, nothing about your crowd sizes, noting about any of that, nothing about your voter turnout, nothing about your personality will ever compare to the size of Obama’s and you can take that to mean whatever the hell you … however the hell you want to take it. But, in terms of TV audience viewing, Ronald Reagan actually holds the record for inauguration size viewing on TV with 42 million. Again, the point is that we had to pay for this. We, the taxpayers, paid for this investigation so that Donald Trump could hopefully get a little bit of an ego boost and say that he was better than Obama. As it turns out, all we did was have to pay a ton of money to show Donald Trump that no, once again, just like so many other areas of your presidency, you were wrong.