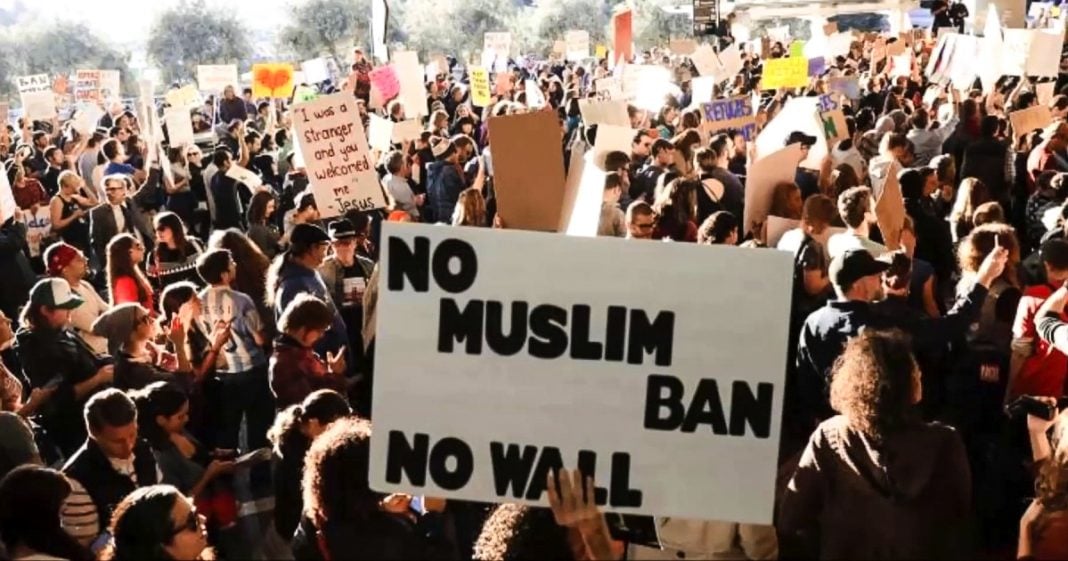 Now that the Supreme Court has issued a short-term permission for parts of Trump’s travel ban to take effect, it is up to his administration to more strictly define what is as of yet an entirely ambiguous guideline on who is and isn’t covered.

While the Supreme Court waits to rule officially on the President’s executive order in October, they have put into place a confusing set of rules about who falls under the more limited version of the ban now in place.

According to the Supreme Court, the travel ban over six Muslim-majority nations applies only to individuals seeking entry to the U.S. who do not have a “bona fide” relationship to a U.S. citizen or business.

This means that someone who has been admitted to a university in the U.S. or has received a job offer from a U.S.-based company can be admitted. It also means that someone with a family relationship to a citizen can be allowed in – but how far does that allowance extend?

That, as it turns out, is a decision for the State Department to make, based on how they interpret “bona fide.” The use of “bona fide” in the court’s decision is an attempt at distinguishing fabricated relationships from genuine ones. For example, a refugee advocacy group cannot fabricate a “relationship” with refugees in order to skirt the law.

In the last several days, the State Department has laid out their guidelines over whom the ban applies. Before now, they have not had such guidelines, so each one is being made from scratch.

Here’s which family members are allowed to visit the U.S. from six countries affected by the travel ban: pic.twitter.com/EvGU0u4NCf

According to the entity, a non-citizen cannot be barred under the travel ban if they have a parent, step parent, spouse, fiance or fiancee, child, child-in-law, parent-in-law, sibling, half sibling, or stepsibling who are already living in the United States.

Conversely, these “bona fide” relationship rules do not extend to those who merely have a grandparent, grandchild, aunt or uncle, niece or nephew, cousin, brother or sister in law, or any other extended family member living in America.

The distinction is a curious one. Why would the order allow in those who are related not through blood like a stepbrother, while denying a blood relation as close as grandparent and grand child? Considering how frequently grandparents are forced to support grandchildren (or vice versa), it only makes sense to qualify these relationships as “bona fide.”

Still, refugee support groups are not particularly worried about the new legal definitions as many refugees currently seeking asylum in the U.S. already have extensive relationships with the U.S.

The question now is if this definition of “bona fide” can be challenged in court. What this still confusing litmust test means is that the process to come to America for those who don’t clearly meet the criteria of “bona fide” is sure to be one fraught with legal fees and a lot of waiting.