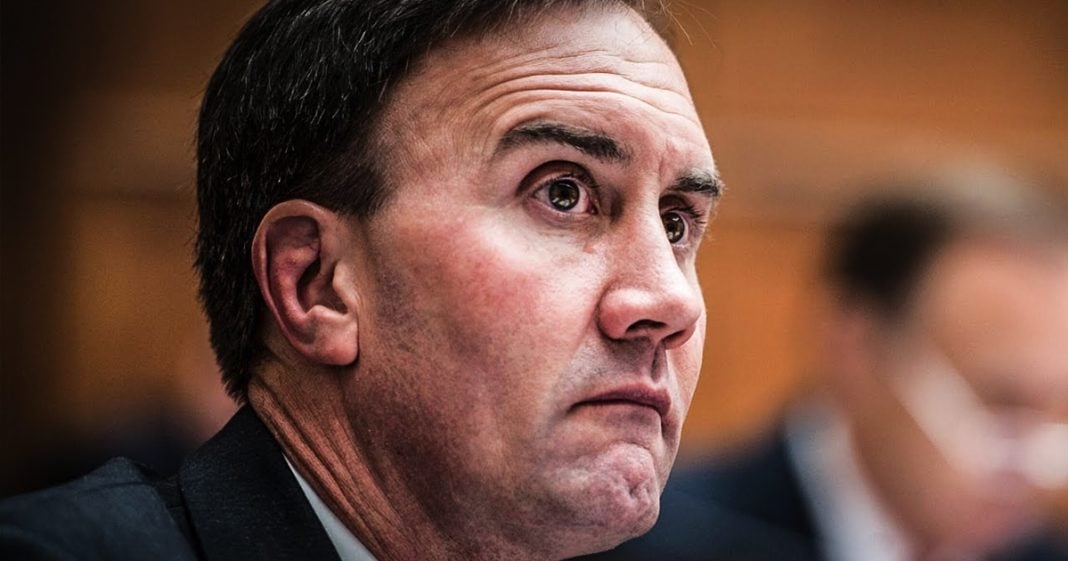 Republican representative Pete Olsen recently told a conservative radio show that he shouldn’t be required to foot the bill for prenatal care and maternity leave for American women (as the Affordable Care Act does) because he and other men have X Chromosomes. And you thought Donald Trump was the worst sexist in D.C. Ring of Fire’s Farron Cousins discusses this.

Republican Texas representative Pete Olson appeared on a right wing talk show on Friday morning, to lament the fact that the Affordable Care Act, Obamacare, forces insurance companies to pay for things that men can’t use.

Those were his words, ‘Because I have an X chromosome, why should I give a damn about women in this country, and pay for anything that benefits them?’ Let me go ahead and spell this out for you in several different ways.

First of all, if we’re talking about prenatal care, and maternity care, and caring for children … I don’t know if you realize this, but it’s not the 1600s anymore. That’s not just a woman’s job. Men should care about the health, and safety, and wellbeing of their children.

So, you know what? It’s okay that we pay for that. We pay to have our children cared for. I don’t see anything wrong with that, because it does affect you, you idiot.

Everything affects everybody, folks. That’s part of living in a community, living in a country, living with other people. We have to take care of one another, and we have to care about one another. Because if we don’t, it descends into anarchy.

But that’s the republican way. Screw you, I’ve got mine, I’m not going to help you. I’m going to continue making my $174,000 a year salary, and bitch about a few of those tax dollars going to pay for women to have maternal leave, and prenatal care. That is the epitome of selfishness, and it is represented within the Republican Party; in this specific case, by Texas representative Pete Olson.

We should care. Just because you have an X chromosome doesn’t mean that women’s issues don’t affect you. Or do you not care what happens to women in this country? Do you not care what happens to your mother, or your sister, or your daughter, or your friends, or your wife? Are you that close minded? Or maybe you’re a single guy, maybe your mother abandoned you. Maybe there are absolutely no women in your life. But does that mean everybody else’s family and friends has to suffer, just because you’ve got something against women?

I think a representative like yourself would fit in less in America. Maybe you should try traveling over to Saudi Arabia. I think you could do great as a politician over there, with your backwards view of women’s role in society, and how people, not just men, but all people, should be taking care of one another.

So, why don’t you go move over to one of those misogynistic countries where women have absolutely no rights? They can’t even show their face in public. That’s where you belong, with these kinds of political views. You do not belong in the United States. We’re far more progressive than that, or at least we should be.

Move to one of those regressive countries, and I promise you, your political career will take off like you could never imagine.