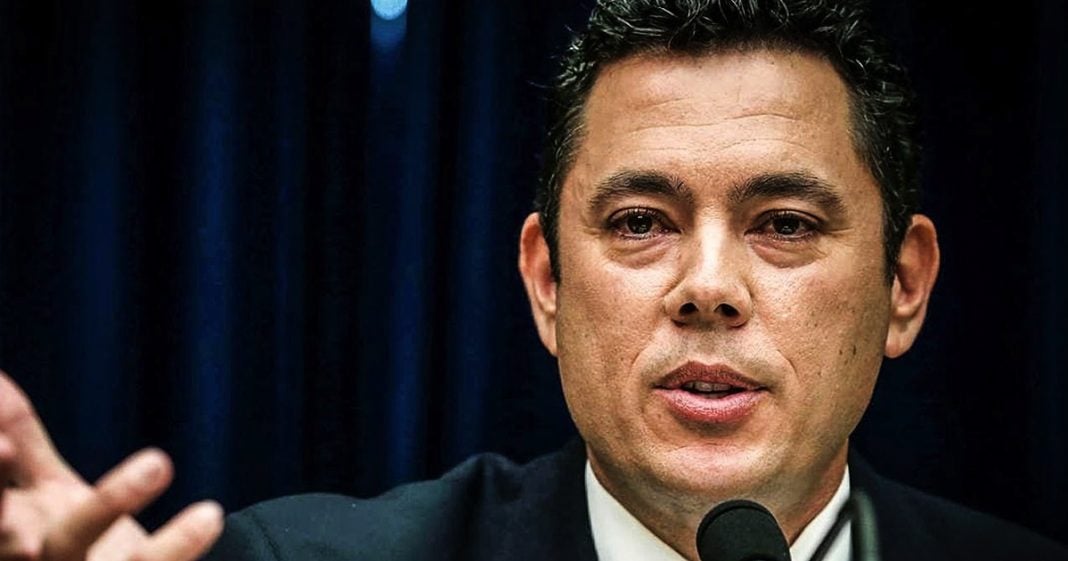 Republican Congressman Jason Chaffetz might be leaving office this week, but that hasn’t stopped him from trying to convince America that members of Congress should be entitled to a $2,500 a month housing stipend to pay for their living areas in Washington, D.C. The man who once said that poor people need to choose between wasting money on an iPhone and purchasing health insurance says that the taxpayers should be paying for Congress’s housing. Ring of Fire’s Farron Cousins discusses this.

Friday, June 30th is expected to be Republican Representative Jason Chaffetz’s last day in office. He’s resigning. He wants nothing more to do with this. He’s come under a lot of scrutiny recently, and he just can’t take the heat anymore.

But before he leaves office, he wants to make it clear, he said this in an interview, that the taxpayers, the American taxpayers need to be giving members of Congress a $2,500 a month stipend, so that they can pay for their DC residences, because, after all, most representatives have a home back in their district and one in DC, where they spend about half their time, so they have to split the time. They have to get two houses, and, yeah, that can be expensive.

But here’s the thing, Mr. Chaffetz. You make a $174,000 a year working three and a half days a week. Your plane travel, those are businesses expenses that you get to write off. We, the average people, don’t get to do that. Furthermore, you’re the same guy, who just a few months ago, said that poor people might have to make that though decision over whether or not to buy the new iPhone or purchase health insurance.

After demeaning the poor, blaming them for not being able to afford health insurance, because, according to you, they’re wasting it on iPhones and stupid stuff like that, you now want us, those same people that you demonized and humiliated, to pay for your house in DC, and to pay for your Republican colleagues’ houses in DC.

Let me tell you something. $2,500 a month is a hell of a lot of money for rent. You can probably get a pretty nice apartment for that. But, furthermore, I don’t give a crap if every one of you is living on the street serving in Congress. With what you are doing to the American public, cutting Food Stamp programs, cutting Social Security Medicare payments, kicking 22 million people off health insurance, and you expect us to give a damn about the fact that it’s kind of pricey for you to have two homes? Do you understand how elitist and disgusting you sound?

No, you don’t, because you don’t care. In fact, according to stories today, you’re already planning a career move after you leave Congress. You’re going to go work at Fox News, where you’re going to make a hell of a lot more money than you ever did as a United States Congressman.

Here’s a fact. The fact that Congresspeople make $174,000 a year puts them within the top 5% of US income earners. 95% of the country does not make as much money as you, and we work a hell of a lot longer and harder than you do, buddy, so we don’t owe you a damn thing. Until you start taking care of everybody else in this country, don’t you dare go complaining about the fact that your $174,000 a year salary isn’t enough for you to afford your two homes.

Back in the early days of this country, Congresspeople weren’t paid. You know why? Because they wanted people to see it as their civic duty. It wasn’t about money. It wasn’t about getting rich. It was about protecting the country and working on the country that you live in and love. But I guess that spirit’s died out over the last 250 plus years. Now all that matters is money, money, money, money, money. That’s all you want. That’s all you care about, and you don’t care if you’re taking everything away from people who already have nothing, just so you can have a second residence in DC that’s a little bit more comfortable than the housing that everybody else in that area can afford.

You’re disgusting, and I cannot wait until you walk out of the door of Congress tomorrow for the last time, and never go back in.