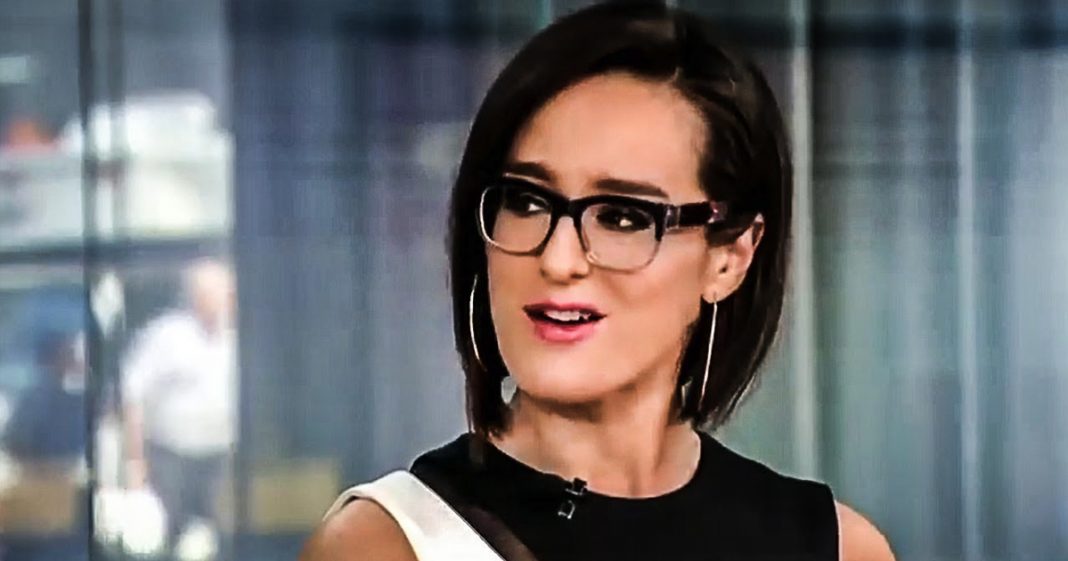 Kennedy, the former MTV VJ who now serves as one of the co-hosts of Fox News’ The Five, offered a bizarre rebuttal to the attacks that Democrats have lobbed against the Republican healthcare plan: She says that claims of people dying from the legislation are overblown considering that “we’re all going to die someday” anyway. Her statement is a gross oversimplification of the issue and it ignores what experts have predicted would happen under this legislation. Ring of Fire’s Farron Cousins discusses this.

A Fox News host earlier this week offered one of the weirdest defenses against the Democratic attacks on the Republican healthcare plan. Lisa Kennedy Montgomery, also known as just Kennedy on Fox’s The Five, defended all of the attacks coming from people like Bernie Sanders, and Nancy Pelosi, and everyone in between, saying that the Republican healthcare bill is going to get people killed. It was going to cause them to die. Well, Kennedy doesn’t believe that. In fact, she offered quite an odd little defense of people dying. Take a look.

Lisa Kennedy: Yeah, you know what? At least they’re not employing any hyperbole at all, no exaggeration, no hysteria. You know what the crazy thing is? We’re all going to die, and they can’t predict … There’s no way unless they’re absolutely psychic and have a party line to heaven, they don’t know who’s going to die, or when, or how many people. I mean, that is such a fool’s errand trying to quantify something that serious and grave.

First all, notice how everybody just starts laughing when she says, “We’re all going to die anyway.” Right? Well guess what? You can’t say that these numbers are not quantifiable, which you did say that. Because in fact, they are quantifiable. We have government organizations whose job it is to determine the impact of legislation, or do you not know how government works? Everything goes under review, Kennedy, and the folks there laughing at that Fox Five table. That’s how we know what we should and should not do. That’s how we determine which regulations get put in place. Are they going to save lives? Will repealing this regulation cause people to die? Will it poison them? Will this piece of legislation help the people or will it hurt the people? Yeah, those numbers are quantifiable. You know what the quantifiable numbers say? Bernie Sanders had it right in the segment before you starting going on your, “We’re all going to die,” kick. 18,000 to 24,000 people are estimated to die if these Republican healthcare plans get enacted.

Let me explain how that works, because I don’t think you’ll understand it. People will lose their health insurance because they can no longer afford it. The legislation has made it abundantly clear that we’re going to cut Medicaid by $800 billion. That’s going to leave 14 million people just off that Medicaid side who can no longer afford health insurance coverage. Well, not if they want to continue living in a home and buying food for their family. There’s the 14 million.

The remainder, those eight million, are the people who are no longer going to be able to afford health insurance due to the fact that we’re cutting back on the subsidies in the amount of money that we give low income Americans. There’s your other eight million. Of those people, the studies, the reports, the experts, have gone in determined which ones of these people will not be able to afford anything at all, including medication for things like asthma, diabetes, and allergies, specifically allergies that require expensive EpiPens or else a person can go into anaphylactic shock. They’ve calculated how many of those people could potentially die each year. There you go, Kennedy. That’s how you quantify it.

I know you’re having fun up there with your table, with your Eric Bolling and all the other idiots at Fox News laughing about everybody is going to die one day. Yeah, we are. That doesn’t mean that the Republicans need to hasten that in any way, but that’s what they’re doing. These numbers are quantifiable. If you took the time to actually do a little bit of research, to actually learn something, you would understand that just as well as everybody else, as well as those Democratic who are out there saying that, yes, this bill is going to kill people, because it is. That is not hyperbole. That is not an over dramatization. That is exactly what the government itself has said that this legislation is going to do to the American public.