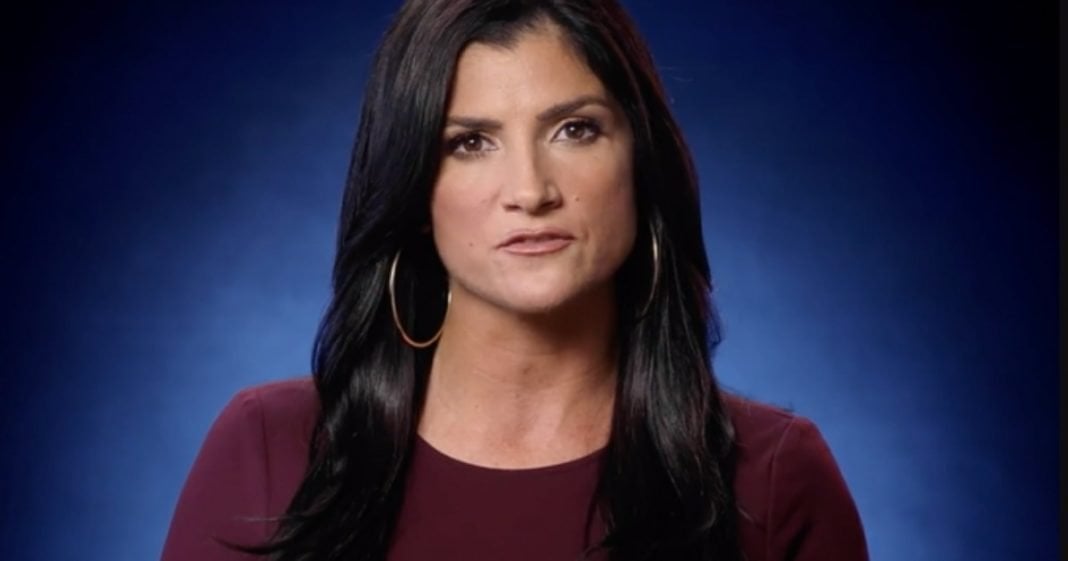 On Wednesday, the National Rifle Association released a targeted new ad which attempted to rally support for guns and gun culture by talking nonstop about out-of-control liberals.

The dark ad is raising quite a bit of outrage and concern – and for good reason.

For the entirety of the one-minute ad, NRA spokesperson Dana Loesch refers to the anonymous “they” who are protesting, criticizing the president, and making the poor police carry out violence against them.

This NRA ad is an open call to violence to protect white supremacy. If I made a video like this, I’d be in jail. pic.twitter.com/LD65yMUMVn

Who are “they”? Take your pick: liberals, progressives, minorities, LGBT. Any of these could easily be plugged into the long list of crimes Loesch lays at the feet of the non-NRA, non-Conservatives among us.

It’s important to note that this ad makes NO mention of guns or the NRA until the last few seconds. Instead, it’s a non-stop rant about the current political climate, a climate which the NRA insists must be combated with a “clenched fist of truth.”

Why would the NRA be talking about such non-gun-related issues, anyway? Is it possibly because their number one advertiser for more guns, more ammo, is out of the picture?

Notably, since President Barack Obama left office, gun sales have plummeted. The drop in sales began when Trump won the election, and haven’t improved since then. As a result, gun manufacturers who experienced an eight-year boom are being forced to lay off workers.

So what does the good old gun lobby do to try and remedy the situation? Give the gun-clingers a new outlet – and a much bigger target. Now, not only will the ignorant be stockpiling ammo to protect their Second Amendment against Obama, but they will be building a small army to take back their country from … half the country.

Just like any other predatory industry, the gun lobby wants you to be afraid, it wants you to stockpile your guns and plan for the day when shit goes down. Without that fear, it won’t sell its guns, and won’t pay for its CEOs vacation homes. If you think the NRA has your best interest at heart, you are ignoring their true darling – their bottom line.

Think about it: when was the last time you even heard a liberal talking about guns? Every time a shooting occurs, you hear rumblings about background checks and keeping guns out of the hands of the mentally ill, but when is the last time those ideas were used by a candidate in a public platform? Truly, do you feel at any point that the liberal agenda gives a damn about your gun in between trying to reform healthcare and keep our borders open?

The ad is incitement, plain and simple. It’s a dog whistle to those not out protesting that any display of the first amendment is an assault on their president, their beliefs, and their way of life.

It’s a dark extension of what helped Trump win in the first place, and it will get people killed.