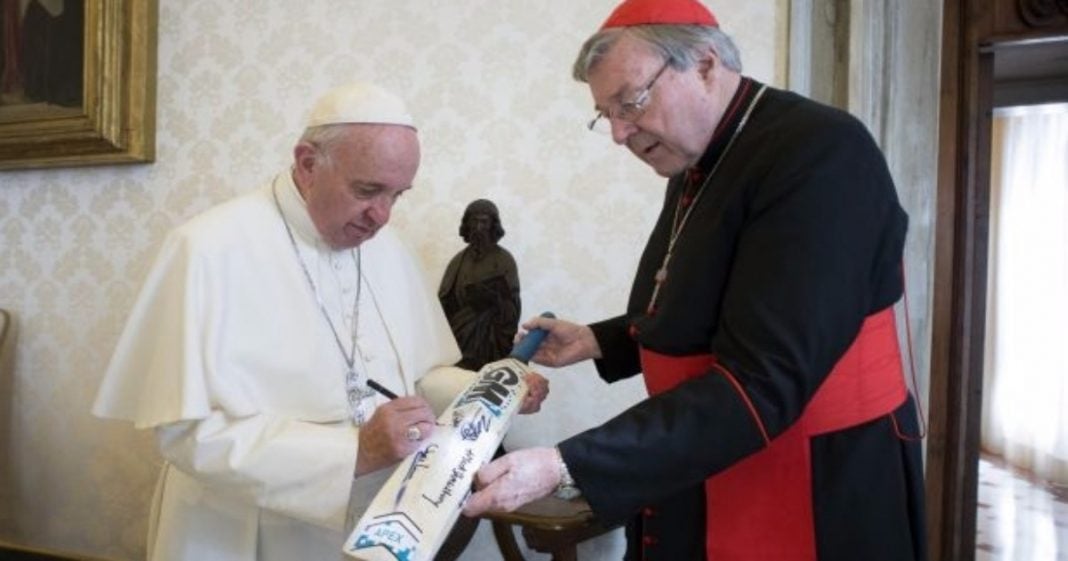 A key adviser for the Pope has been charged with sexual assault, a sign that while the Papacy is improving, there is still much work to be done.

Australian Cardinal George Pell was charged with sexual assault on Thursday by Victoria police in relation to allegations that he had sexually abused minors early in his career.

76-year-old Pell has already issued a public statement denying the charges against him and calling sexual abuse “abhorrent.”

Rather than arresting him, Pell has been issued a summons by the court and is required to appear at the Melbourne Magistrates’ Court on July 18.

According to Police Commissioner Shane Patton, there are multiple complainants lodging a case against Pell, though he would not divulge their ages or identities.

The charges come shortly after the release of a tell-all biography into Pell’s life, “Cardinal: The Rise and Fall of George Pell.” In it, author Louise Milligan speaks with multiple of Pell’s accusers who paint a dark picture of the prominent figure.

This is not the first time that Pell has been embroiled in scandal. Earlier in his career, he was accused of mishandling cases against other members of the clergy in relation to the earlier sexual assaul scandal which plagued the Catholic Church. Now, it seems he had motive for helping to suppress others’ misconduct against children – his own involvement.

While lower members of the church have been scandalized by their own sexual assault cases against minors, it is rare for a Cardinal to be involved.

Pope Francis elected to bring Pell on as a key adviser based on his reputation as a theological conservative. At the time Pell was accused of mishandling clergy cases, Francis declined calls to remove Pell from his council.

The current Pope has risen in popularity in relation to his predecessors, embracing more progressive beliefs including climate change and a tolerance towards the LGBT community.

Now, will the pope condemn the actions of his close adviser, bucking the tradition in the Catholic church to shelter criminals at the expense of countless minors? Or will he take a step forward as he has so many times before and oust this criminal from his ranks?