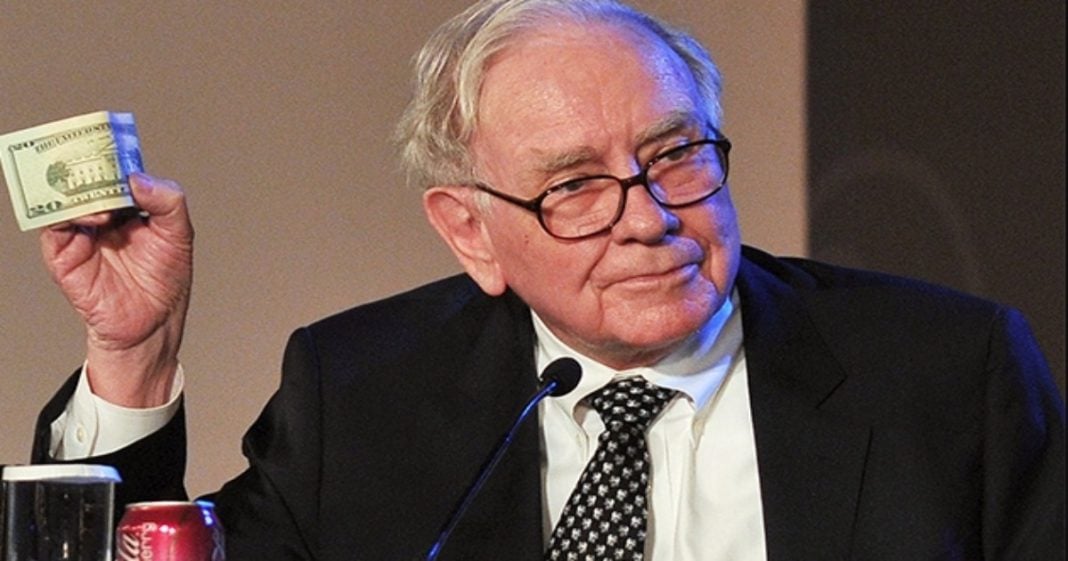 Liberal billionaire Warren Buffett spoke out this week in response to the Republican’s latest draft of the AHCA, saying that it should have a much more honest name.

Buffett said that the bill, which would benefit him as well as millionaires and billionaires in the country, would do so at the expense of regular Americans.

As it stands now, the AHCA provides major tax cuts to the top two percent while gutting medicaid and kicking more than 20 million off of coverage. As such, Buffett argues it has no business being named “Health Care.”

Instead, Buffett argued that the “American Health Care Act” would much more aptly be named the “Relief for the Rich Act.”

“There’s nothing ambiguous about that. I will be given a 17 percent tax cut. And the people it’s directed at are couples with $250,000 or more of income. You could entitle this, you know, Relief for the Rich Act or something.”

Buffett made his comments during an interview with PBS. Elsewhere in the interview, Buffett argued that many lawmakers are looking out for their own investments when supporting the AHCA.

“But most of [Members of Congress] have — if you look at the disclosures, they have substantial other income. If they get to higher than $250,000, as a married couple, or $200,000 as a single person, they have given themselves a big, big tax cut, if they — if they voted for this.”

This isn’t the first time that the more liberal-leaning billionaire has spoken out against the Republican party. In October of last year, Buffett was one of many who attempted to pressure then-Candidate Trump into releasing his tax returns.

Buffett is one of many who have made the connection between the purported replacement for the ACA and the enormous tax breaks it appears to give to the extremely wealthy. As is so often the case, the Republican party is showing once again who really calls the shots for their political careers.