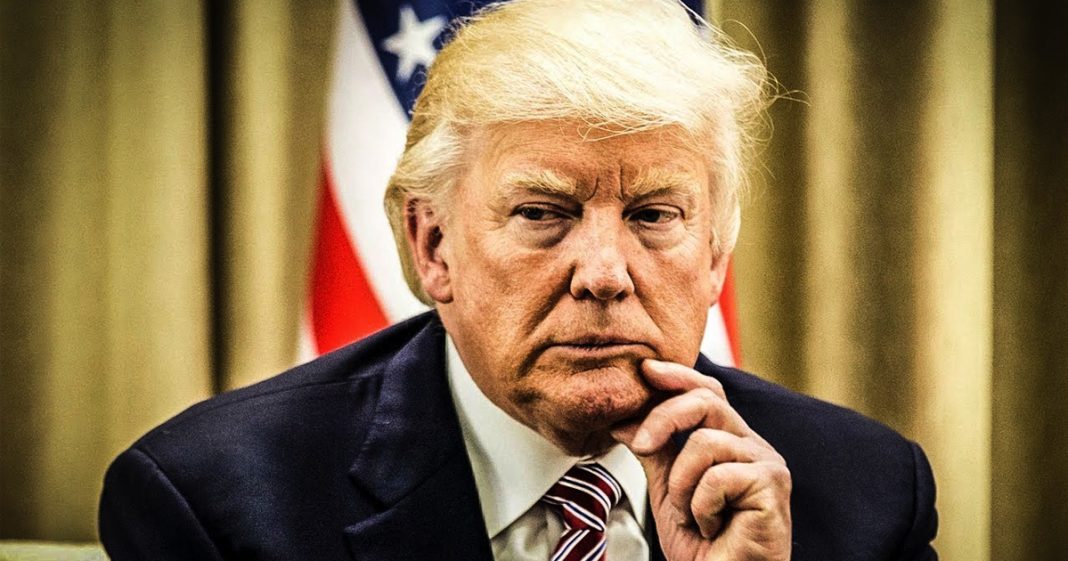 Donald Trump’s Environmental Protection Agency, led by the anti-science corporate shill Scott Pruitt, has announced plans to do away with a 2015 Clean Water Rule from the Obama administration that will directly affect the safety of drinking water for 117 million American citizens. Is this what compassionate conservatism looks like? Ring of Fire’s Farron Cousins discusses this.

Scott Pruitt, the anti-science, corporate shill, head of the EPA, installed by Donald Trump himself, earlier this week unveiled a 42-page plan to completely dismantle the 2015 Clean Water Rule put in place by the Obama Administration. Now, this is a rule that Trump himself has called a disaster, but what this rule actually did was it expanded a rule that was put in place when the EPA was first invented, and then it was just kind of left to stagnate until Obama came along in 2015 to change it. It said that any navigable waterway, federal waterway, is now under protections of the Clean Water Act. You can’t just go and recklessly pollute this specific body of water as long as it’s navigable.

Now, this is the one that Republicans were talking about was going to regulate puddles and streams. I don’t know if many people remember that talking point, but that’s what they told us. They said this is a gross overreach by the EPA, because now, they’re going to regulate rainwater. They’re going to regulate ditches. Well, no. The rule says it has to be navigable, meaning, if you can get a large boat through it easily, it’s under federal protection.

They have also attacked this rule as hurting small businesses. That’s what Scott Pruitt is out there telling us now, that this rule, saying we can’t pollute bodies of water, hurts small businesses. Now, I’ve never, in my lifetime, encountered a small business that is in the business of dumping toxic waste, cancer causing chemicals, or things like that into federal waterways. No, the business that do that, those are your Monsantos, your DuPonts, your Exxons, your Shells, your BPs. They’re the people out there massively polluting these waterways, and I don’t think any of those are classified as small businesses. Republicans are trying to get support for dismantling environmental protections by claiming that it hurts small businesses. You know, the guy who owns the pizza shop on the corner. Oh my god! This clean water rule really affects him and is hurting his business. The couple that owns the soap shop and sells bath goods, oh, it’s hurting them for sure. The cupcake bakery down the street, they can’t even function anymore because of this clean water rule. That’s what Scott Pruitt and the EPA would have you believe.

Let me give you the truth on this. This rule, when Obama extended it in 2015, expanded protections that protected the drinking water of 117 million American citizens, more than 1/3 of this country. They’re drinking water, the water that fed into the aquifers that then fed the people, were protected. We reduced the amount of pollution. We held corporations accountable. We said, ‘You are not going to pollute this water that eventually is going to end up in the bodies of men, women, children, the elderly, animals, everyone.’ Scott Pruitt is doing away with it on Donald Trump’s order. One hundred seventeen million people’s drinking water is now, once again, under attack. It’s going to be under attack from corporations. It’s going to be under attack from toxic chemicals that cause cancer and other illnesses, neurological diseases that are incurable and ruin a person’s life. That’s okay. That’s okay according to this EPA. I’m sure the 117 million people who are about to begin drinking poison would probably disagree with you on that, Mr. Pruitt.

Furthermore, this original rule, when Obama came up with it in 2015, there were more that one million public comments on it that the administration, EPA, everybody, went through. On top of that, there were more than 400 public meetings about this rule across the country. They did their due process, the Obama Administration did. They heard from people. They weighed their opinions. After hearing all of that, determined that this is was in the best interest of those involved, the people affected by it, and for the environment.

Donald Trump has consulted with no one when he signed the executive order earlier this year saying that the EPA needs to get rid of this rule. Scott Pruitt did none of those things when he unleashed his 42-page report saying we’re doing away with it. They just, essentially, issued a warrant for corporations to go ahead and pollute the drinking water of 117 million American citizens, all without ever once consulting the public, getting their input, or even asking them on the street, ‘Hey, how do you feel about this?’

That was something that the Obama Administration did. Sometimes it made the process go a little bit slower than it needed to. More people got poisoned as a result of that. But at the end of the day, that is due process, and they did their job. The Trump Administration has not.