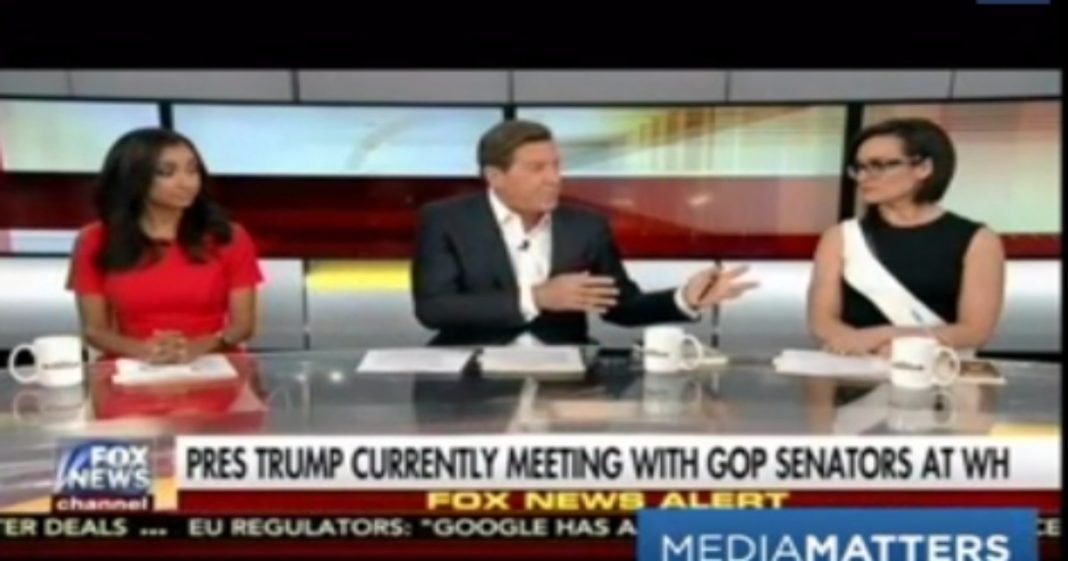 In response to a dogged attempt to force through legislation which would leave more than 20 million people in American uninsured, Democrats and health advocates have attempted to illustrate just how damaging the AHCA in its many versions would be by giving a chilling number – the estimate on how many people will die if it is implemented.

In response, Republicans are accusing Democrats of being overly dramatic and hyperbolic. Typical.

On Fox News Tuesday, co-host Eric Bolling decided to make light of the very real and very deadly issue of healthcare reform by mocking prominent Democrats for estimating how many lives would be lost under the AHCA.

Though Bolling’s flippant attitude was offensive to say the least, it was the comments from one of his guests that took things far too far.

“You know what, at least they are not employing any hyperbole at all. No exaggeration, no hysteria. You know what the crazy thing is? We’re all going to die. And they can’t predict — there’s no way unless they are absolutely psychic and have a party line to heaven, they don’t know who’s going to die or when or how many people.”

According to Montgomery, there is no need to try and take a realistic, human view at what a massive piece of legislation might do to the American public. Republicans are going to pass what they want to pass, and the human toll be damned.

Sure, the estimates Democrats have given on the lives that will be lost are not exact – they cannot, in fact, tell the future. And yet, as the CBO score upon which so much relies shows, there are ways to get trustworthy estimates.

Providing these estimates of lives lost are a real, viable way of reminding those voting for the legislation that there is a real, human effect upon their yea or nay vote. When it comes to deciding on healthcare for each American, lives will either be saved or lost. Pretending that isn’t the case is to outright deny reality – something the GOP is far too good at.